Box gives away 50GB for free in honor of updated apps 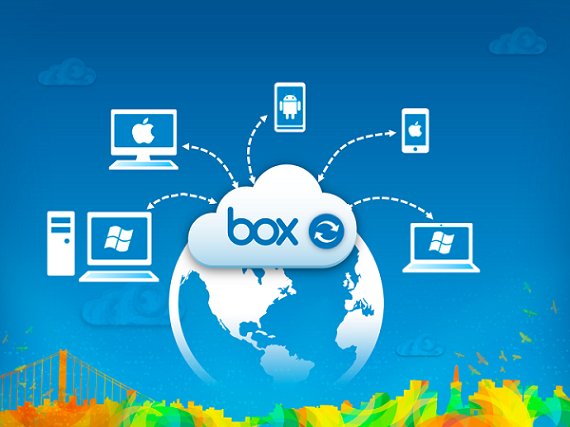 Box has pretty massive competition to deal with in the cloud storage space. There are the big guns, like Dropbox, Google and Amazon, and then a bunch of upstarts like Zetta, Panzura, Symform, StorSimple, Huddle, Backblaze and Nirvanix.

That's a lot of companies to choose from. So, the question becomes, how does one company distinguish itself for the rest and give people a good reason to it over all the others?

How about giving them free stuff? Yeah, that usually works pretty well.

In honor of its renewely redesigned iOS and Android app, Box announced on Tuesday that it will be giving a whopping 50 gigabytes of free storage for life to new users who download the app in the next 30 days.

The only free storage that Box otherwise offers is a total of 10 gigabytes, with a 250MB file size restriction. So that means it is giving away five times the amount of storage it usually does. That's a pretty good deal. Honestly, its so good that I'm probably going to take advantage of it myself.

The offer applies to both new, and existing users, who download the new app, though it applies to free, personal accounts only. So, the 50GB offer would not stack on top of what users of paid accounts get.

There was no mention of any file size restriction with the free 50GB in the accountment, but a Box spokesperson told me that the file size limit of 250MB will still apply to free accounts.

Now, since the updated apps are what spurred Box to be so generous, take a look at what is actually new with them.

The company says that the apps have been "completely rebuilt," with a new interface, faster document rendering and progressive photo loading that will make it faster to scroll and preview.

Users will have new preview capabilities for over 100 different types of files, the ability to search for text in documents, a new sidebar for featuring comments and the ability to move, copy and delete multiple files at once.

In addition to the new apps, Box also debuted a new site, called getonecloud.com, which is aimed at helping users discover apps in the Box OneCloud ecosystem "that will allow you to do more with your Box content on your mobile device, and ultimately be more productive in your business," David Still VP, Mobile Products at Box, wrote.

"Our goal is to provide the very best user experience along with all the security and controls needed by enterprises to easily share, manage and access information from anywhere," Still said. "And this release offers our iOS users a high-performance, business productivity app with simplicity, elegance and beautiful design."