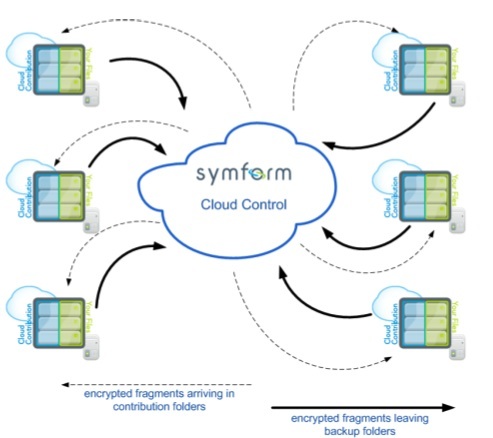 Symform, a cloud storage and backup service, has just announced that it raised $11 million in its Series B round of funding. The round was led by WestRiver Capital, with participation from existing investors OVP and Longworth Capital.

But Symform is also unique in that it is a peer-to-peer network for data storage (of sorts). Essentially, users can contribute excess local server storage space it has to the network in exchange for free or flat-fee cloud storage.

Symform has active members in 138 countries, up from 46 at the end of 2011. In the first quarter of 2012, the company grew customer accounts by more than 100% quarter-over-quarter, while the number of devices and data files stored on the Symform network jumped by more than 50 percent during the same period.

Some companies and individuals may not like this option of storing little bits of their encrypted data on an assortment of strangers' hard drives, but for those looking for a more price-conscious solution, this is definitely an option that still upholds a great deal of security.

In the first quarter of 2012, the company grew customer accounts by more than 100% quarter-over-quarter -- so there is no shortage of people interested in this shared-storage service.

With this round of funding, Symform has now raised $20 million and the company looking to aggressively move toward a more global footprint.

Other investments in cloud storage and tech

Cloud service companies have been in high demand for the last two to three years as more companies feel the pressure to put their data into a platform that can be reached by anyone around the world. As this has happened, more providers have cropped up with their own take on what the cloud should be.

Just last week, Eucalyptus Systems, an open-source cloud software maker, announced that it raised $30 million in its Series C round of funding on Wednesday.

What Eucalypus has to offer that’s different from other companies is its ‘hybrid’ clouds which use public and private resources to get unique benefits from each.  It allows for more features like end-user customization, self-service provisioning and in the end, claims to be, ‘less expensive.’

“The cloud and ‘as-a-service’ delivery models have transformed the IT landscape from a computing, storage and application perspective while, at the same time, the network paradigm has changed little,” Craig Elliott, CEO of Pertino Networks said. “As a result, networks that once enabled businesses now constrain them when it comes to harnessing the disruptive capabilities and economies of the cloud.

Pertino Networks was founded to radically simplify and alter the economics of business networks by bringing them into the cloud era.”

While the market for cloud-based IT infrastructure and services already seems fierce, it appears to only be gaining momentum. One July 2011 report published by market research firm In-Stat, stated that businesses in the United States will spend more than $13 billion on cloud computing and managed hosting services by 2014, of which IaaS (Infrastructure as a Service) related spending is forecasted to reach triple digit annual growth to $4 billion. 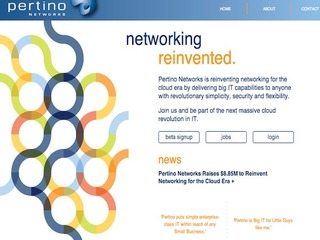 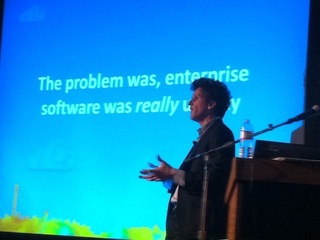 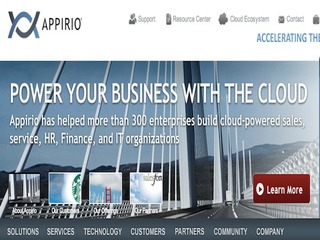