After a brutal 2013, Chen is focusing on four units, notably enterprise services and messaging 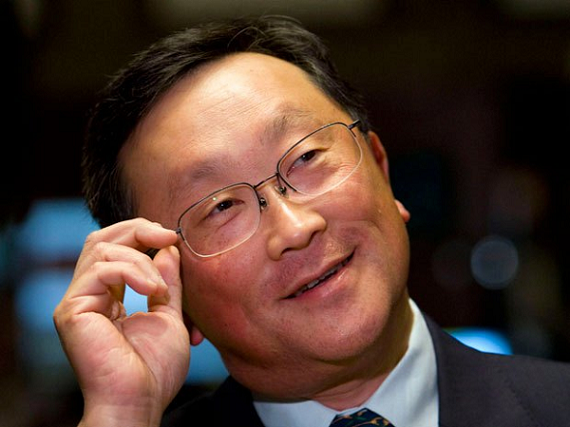 BlackBerry had a rough 2013. Like, really rough. It was so bad, in fact, that there are plenty of people who do not expect the company to even be around in a year. It is far from a foregone conclusion that it will be.

In order to bounce back, the company is going to have to take some drastic steps. You don't have to tell that to interim, and probably long-term CEO, John Chen, who wrote an op-ed for CNBC on Monday, in which he outlined exactly how he plans to do it.

First, let's take a look back on BlackBerry's year, and then we can get to how Chen plans to fix it.

To make things worse for BlackBerry, things actually seemed promising at the beginning of the year.

First the company, which was still known as Research in Motion (RIM) at that point, officially changed its name to its most famous product, BlackBerry, at the same time that it unveiled its latest operating system: BlackBerry 10.

The BlackBerry 10 was a long time coming, and it was critical to the company’s survival. The one-time king of the smartphone world had fallen rapidly behind as Google and Apple have taken over the market. Times really got tough last year when RIM had to stall on the BlackBerry 10 release, but here it was, finally, to help save the company, along with two new devices: the Z10 and the Q10.

The new devices hit U.S. stores in March, but they didn't save the company. Sales were disappointing, to say the least.

BlackBerry sold a total of 2.7 million BB 10 OS handsets in the June quarter, when many had predicted BlackBerry would sell at a good three million Z10 devices alone. But that 2.7 million figure includes both Z10 and Q10 sales. Altogether, BlackBerry’s BB 10 devices made up just 40% of its total handset sales, which means most of its sales were cheaper, older devices.

So BlackBerry did the only sensible thing: it put itself up for sale. And that is where things start to go really wrong, as it cut thousands of jobs in order to make itself more palatable for investors.

In July, BlackBerry laid off 250 employees in new product testing and R&D, then it got rid of another 100 jobs at its Waterloo, Ontario headquarters in August, before cutting another 60 members of its salesforce in September.

Then the big bomb went off: 4,500 jobs, or 40% of the company's workforce, were slashed after a horrendous quarterly earnings report in September.

Meanwhile, the sale of the company was not going smoothly either. A number of companies including Canada Pension Plan Investment Board, Bain Capital, and Chinese smartphone and computer maker Lenovo Group, were said to be interested. Reports also surfaced that Google, SAP and Cisco were looking to possibly buy the company as well.

BlackBerry accepted a proposed $9 a share offer from a consortium led by Fairfax Financial Holdings, which would have amounted to a $4.7 billion buyout, Fairfax, though, had trouble finding banks willing to put up the money.

So, instead, Fairfax along with a group of other investors, decided to put $1 billion into the company, rather than buying it. In addition, CEO Thorsten Heins was forced out, in favor of former Sybase CEO Jon Chen, who was also appointed as the Executive Chair of BlackBerry’s board of directors.

How is Chen going to fix this mess?

Since being appointed, Chen has been cleaning house.

But obviously it is going to take more than that to get BlackBerry on its feet again. So this is how he says that he plan to do it:

His first priority, he said, was to focus on the company's core business drivers. That meant moving to a new unit structure, where there are three priorities: enterprise services, messaging, QNX embedded business and the devices business.

"This structure will drive greater focus on services and software, establish a more efficient business model for the Devices business, and support each unit's transformation and growth objectives," said Chen.

"Don't be fooled by the competition's rhetoric claiming to be more secure or having more experience than BlackBerry. With a global enterprise customer base exceeding 80,000, we have three times the number of customers compared to Good, AirWatch and MobileIron combined."

Many in regulated industries, meaning those that  need highs security, still depend on BlackBerry. That included the U.S. Department of Defense and all seven of the G7 governments. That puts BlackBerry in a good position going forward.

So much so that, in just the last two months, more than 40 million new iOS and Android users have registered to use BBM.

The company will continue investing in BBM, building out features and channels, and hopes to make it profitable within the next few years.

At CES in Las Vegas next month, BlackBerry plans to showcase new capabilities and cloud services, as well as new verticals for expansion.

The company is already targeting Indonesia, via a deal with Foxconn, a manufacturer of electronic products and components.

"Leveraging Foxconn's scale and efficiency will also allow us to compete more effectively and create speed to market since we can design for faster product life cycles," Chen said.

"With a partner dedicated to our hardware, BlackBerry can focus on what we do best—iconic design, world-class security, software development and enterprise-mobility management."