BlackBerry undergoes another round of layoffs 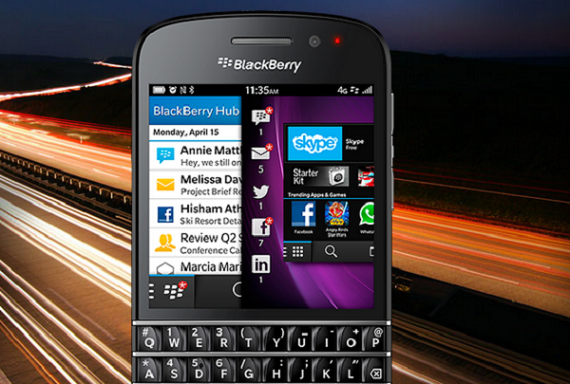 The tough times are continuing at BlackBerry.

The company, which has been seeing weak sales of its latest models and a deterioration of its marketshare, has been doing what any company in its situation would do: shedding jobs.

BlackBerry has now laid off 60 members of its salesforce, while also transferring an unspecified number of its Canadian sales team to its offices in the United States.

"We are moving a small number of US-focused sales roles that were based in Canada to the US to be more closely aligned with our customers," a BlackBerry spokesperson told VatorNews.

"As previously stated, we are in the second phase of our transformation plan. As part of this transformation, BlackBerry will continually evaluate its organization – from top to bottom – to ensure we have the right people, with the right skills in the right locations to drive new opportunities in mobile computing."

This newest round of layoffs are a continuation of rolling job cuts that have been ongoing for the last few months. In July, BlackBerry laid off 250 employees in new product testing and R&D, and last month it got rid of another 100 jobs a few weeks ago at its Waterloo, Ontario headquarters.

It's no surprise that sales would be next: Richard Piasentin, the company's vice president for sales in the U.S., was fired in June, and sources at the time said that the next round would come from middle management in the sales and support divisions.

These layoffs are on top of the 5,000 jobs that BlackBerry was forced to cut last year as well.

All of this is happening in the midst of the company attempting to sell itself. BlackBerry's plan is to once again become a private company, a decision that came after sales of its two newest devices, the Z10 and Q10, underperformed earlier this year.

The company sold a total of 2.7 million BB 10 OS handsets in the June quarter, when many had predicted BlackBerry would sell at a good three million Z10 devices alone. But that 2.7 million figure includes both Z10 and Q10 sales. Altogether, BlackBerry’s BB 10 devices made up just 40% of its total handset sales, which means most of its sales were cheaper, older devices.

So, in August, BlackBerry announced that it was looking at alternatives ways to accelerate the deployment of the BlackBerry 10, including strategic partnerships or alliances, or a sale of the company.

Since then a special committee of board members has narrowed its list of potential bidders and is now trying to expedite the process so that the deal will be finalized by November.

Canada Pension Plan Investment Board, Bain Capital, and Chinese smartphone and computer maker Lenovo Group are among those expected to bid. The deal will most likely include multiple buyers, with each one taking over part of the company, so it is possible that all three companies could win up becoming owners.

The news of the layoffs was originally reported by Canadian technology blog Cantech Letter on Monday.