BetterDoctor, a platform to help you find doctors, raised a $2.6 million seed round, led by SoftTechVC and Burrill & Co. 500 Startups also participated in the round.

Solaborate a tool for tech salesmen to help them build a personalized experience raised $1 million in funding from a number of undisclosed angel investors.

Ruffl, a real-time booking system for restaurants, raised  a $1.6 million seed round from Karen Hanton, David Pritchard, and Mark Ferguson.

Unbound, a company that allows readers to pick which books are published, raised a £1.2 million ($1.94 million) round from Forward Investment Partners, DFJ Esprit and Cambridge Angels.

Soylent, maker of a nutritional drink "that has everything the healthy body needs," raised over $1.5 million in seed capital from Andreessen Horowitz, Lerer Ventures, Hydrazine Capital, and Initialized Capital.

Panorama Education, which helps K-12 schools improve through data analysis and feedback surveys, raised $4 million in a seed funding round co-led by SoftTech VC and Startup:Education, with participation from Google Ventures, A-Grade Investments, Yale University, and others.

Whatser, which offers local merchants a self-service online platform to compose & distribute advertising, raised  $475,000 from an unnamed group of angels.

Ed-tech startup Tiggly, which provides both apps and physical toys, raised a $500,000 seed round from Indian Kae Capital.

Sumpto, a platform that measures the social influence of college students, secured $350,000 in funding from investors that include SocialStarts.net and Nick Brien.

TourPal, a worldwide audio tour guide app, closed a $1 million Series A from a group of private angels.

Teads, a provider of technology for video advertising innovation, raised a $5.2 million round of Series A investment from Partech Venture and Elaia Partners.

Sqrrl, a developer of secure database software to power Big Data applications, raised a $5.2 million Series A round led by Atlas Venture and Matrix Partners.

3D printer maker Formlabs closed a $19 million round of financing led by DFJ Growth, along with Pitango Venture Capital, Innovation Endeavors and many returning angel investors.

Ticketing startup Applauze raised $7.2 million in a round led by True Ventures, with participation from m8 Capital and Jeff Fluhr.

Nutonian, which has developed technology for uncovering intrinsic relationships hidden within complex data, raised a $4 million Series A round led by Atlas Venture.

Teambox, a file sharing and collaboration tool, closed a $5 million Series A round of financing, which was led by Avalon Ventures, and Data Collective Fund.

Wellbe, which works with health providers to engage patients as partners in their treatments, raised $1.4 million from unnamed investors.

Superpedestrian, developer of technology which transforms standard bicycles into hybrid e-bikes with integrated online platforms, raised a $2.1 million Series A round of funding from Spark Capital with participation from David Karp.

Advertising technology provider Integrate raised $7 million in a follow-on series B round led by the Foundry Group with participation from Comcast Ventures and Liberty Global Ventures.

Funding Circle, an online marketplace where people can directly lend to small businesses in the United Kingdom, raised  a $37 million round led by Accel Partners, along with participation from Ribbit Capital, Union Square Ventures and Index Ventures.

The Football App, a mobile news and social network for soccer fans, raised $7 million led by Union Square Ventures, along with a number of unnamed angels.

Gravitant, a software company in the enterprise cloud brokerage and management market, raised a $10 million Series B funding round led by Corsa Ventures, with participation from S3 Ventures.

Flint Mobile, provider of swipe-free payments and integrated marketing for mobile businesses, raised $6 million in a Series B round led by Digicel, with additional funding from SVG Ventures, True Ventures and Storm Ventures.

Convercent, a maker of cloud-based culture and compliance software, raised $10 million in a Series B funding round led by SAP Ventures, with participation from Azure Capital, Rho Capital Partners and Mantucket Capital.

Easy Taxi, a e-hailing service based in Brazil, raised a $7 million round of funding from iMENA.

Each year over 70M people are struggling to find and book a new doctor.

BetterDoctor solves this problem by offering the best web and mobile apps that help connect people with the nations' best doctors and specialists. Since 2012 over four million people have used BetterDoctor find and book appointments with top-rated doctors in their location and insurance network.

Integrate.com is connecting every channel of advertising into one single platform.

Flint is the mobile payments company that is creating the easiest way for mobile, non-countertop businesses to accept credit cards and find new customers through integrated marketing. A registered Payment Service Provider, the company's iPhone app enables users to accept credit card payments easily and securely using only their phone – without any additional hardware. Founded in 2011 and headquartered in Redwood City, California, Flint is backed by top-tier venture capital firms Storm Ventures and True Ventures. For more information, visit www.flint.com.

TransferGo is a ﬁn-tech business that is providing its users a cheaper and faster way to send money overseas from the Canary Wharf Fin-Tech Accelerator program, Level 39.

After studying here in the UK, the TransferGo co-founders used their contacts in the tech and VC space to set-up the business in the UK with a goal of offering a cheaper and faster service to consumers.

TransferGo has developed a unique offering that provides the quickest ‘guaranteed’ way to transfer money on the market. Over 10,000 registered users (and rising) are now taking advantage of the next-day guaranteed transfer and, last month alone, the platform saw over £1million transferred across the 11 countries that it currently services.

In addition to the founders, the business has been backed by an impressive advisory board consisting of some of the VIPs in the tech world such as Eric van der Kleij and Greg Kidd.

The business had a seed round of funding of EUR150,000 in December 2012 from Practica Seed Capital KŪB - a VC in the Baltics.

Then TransferGo has secured EUR 200,000 of series A funding already which will increase by another EUR400,000 when they meet the required milestones in the next month.

Solaborate is a social and collaboration platform dedicated to technology professionals and companies to connect, collaborate, discover opportunities, and create an ecosystem around products and services. Solaborate provides technology professionals a central place with the right tools and services to collaborate in real time. It's a new way for the tech community to be more productive. 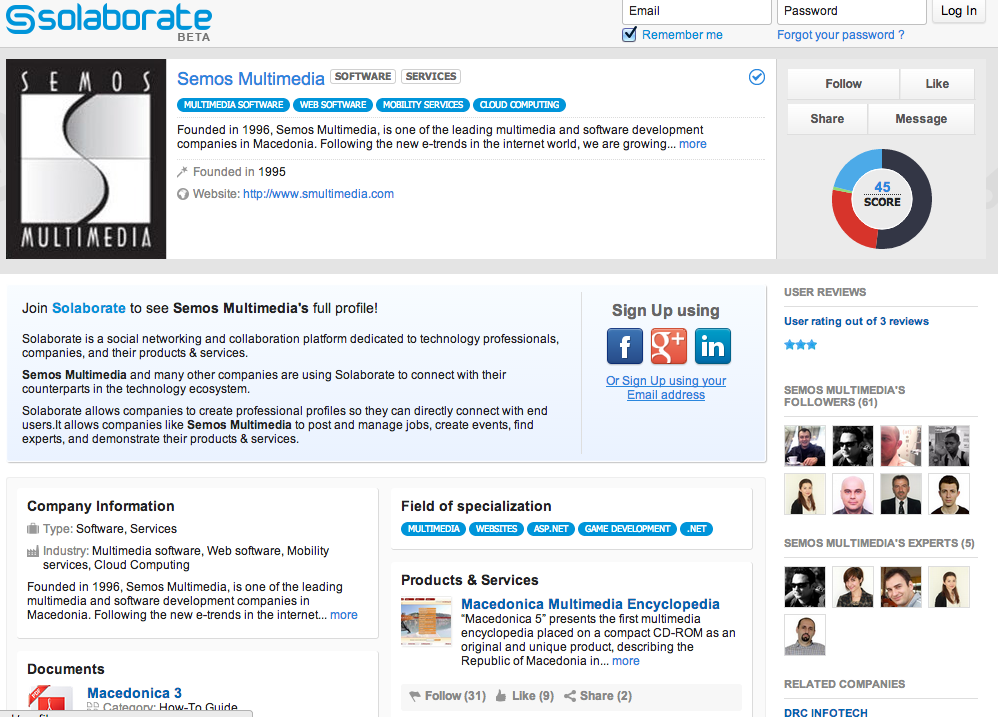 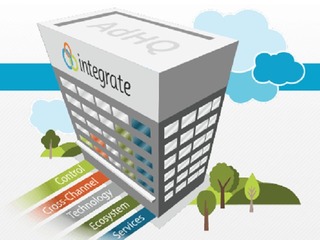 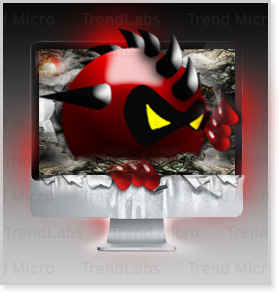 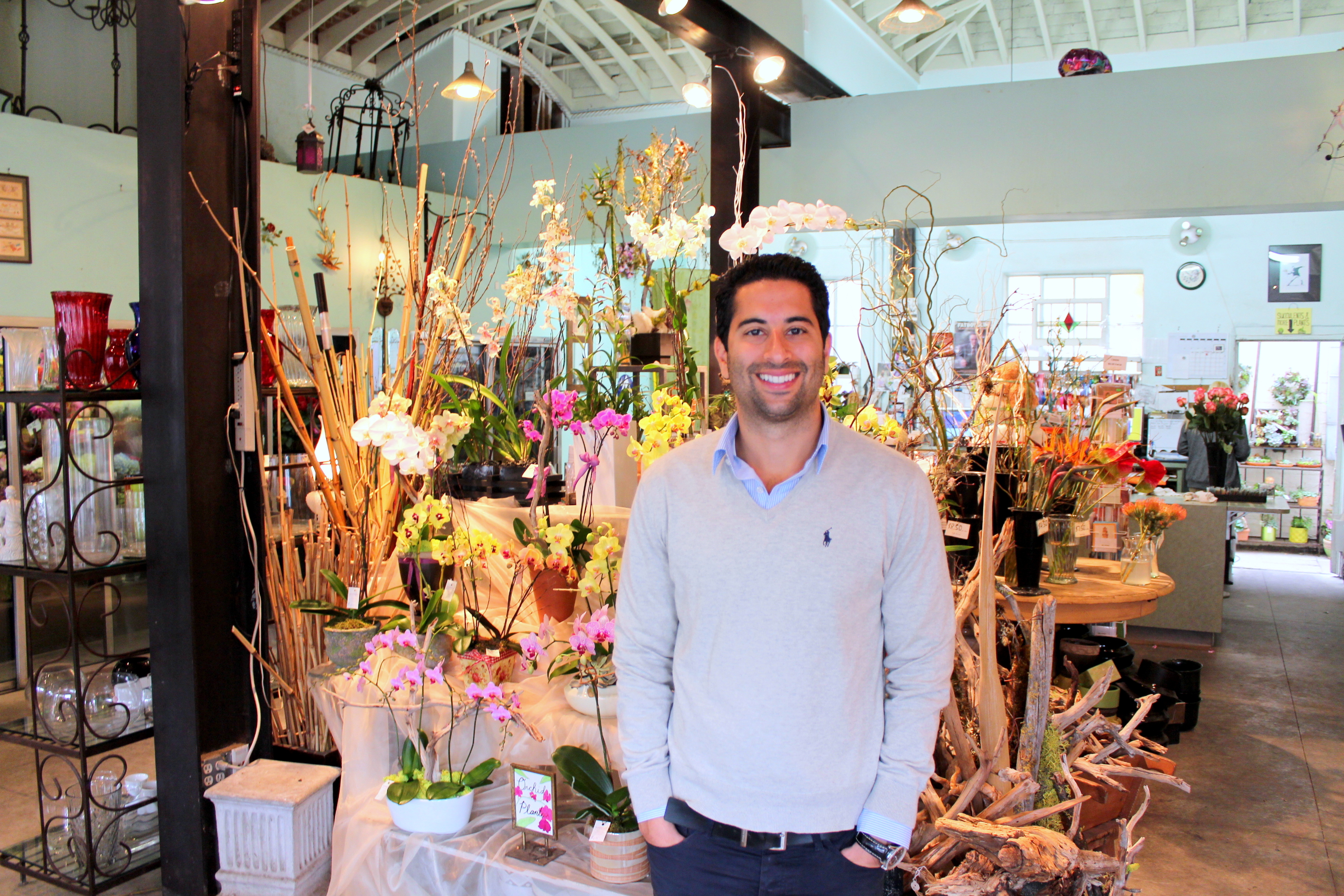 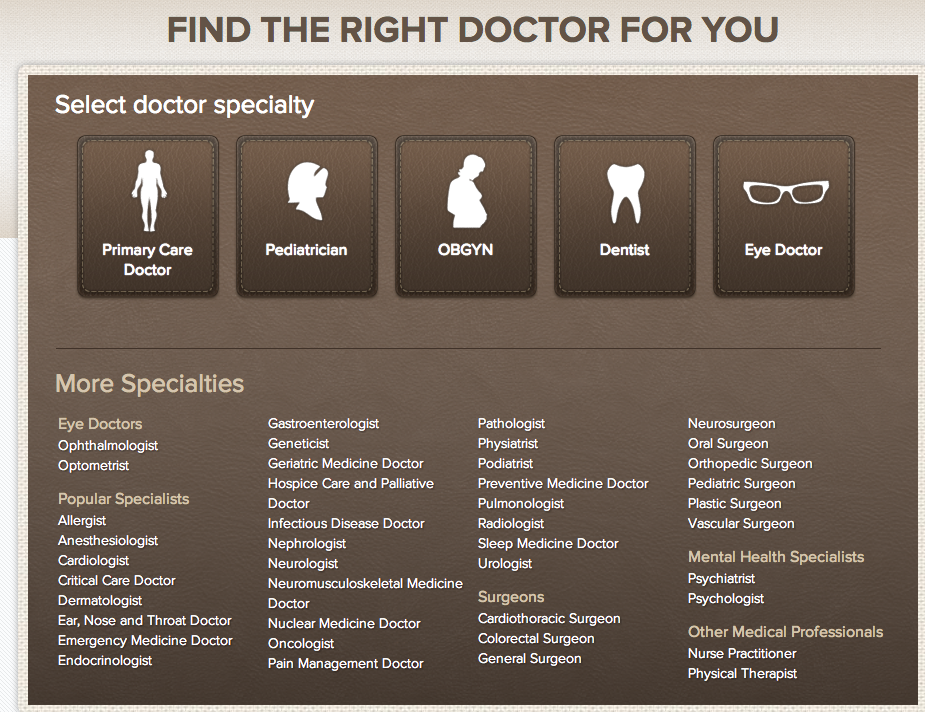