Fashion sites and apps were big a couple of years ago. What are they doing today? 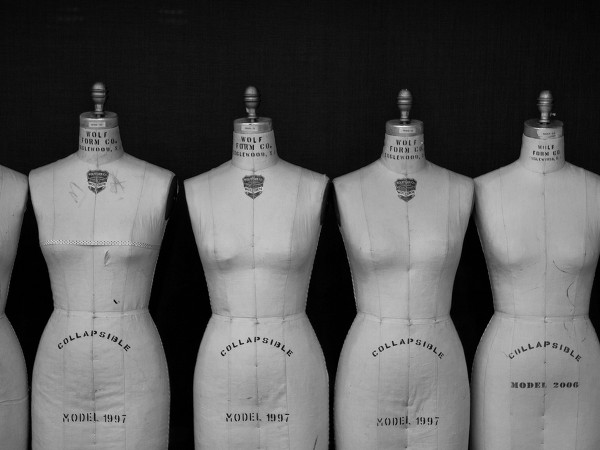 Silicon Valley is kind of like my mom when she goes through her eBay phases. For a while there, it was all antique dolls and limited edition Barbies. Then it was Irish jewelry. Of course there was the Beanie Baby phase. Now it’s looking like it’s all about commemorative plates.

Silicon Valley has a similar flighty, ADD tendency to hop from one favorite thing to the next, which typically has more to do with FOMO (Fear of Missing Out) than anything else. A few years ago, it was a social network for everything (today, there are social networks for cat lovers). Then the recession hit, and it was all about daily deals and flash sales. These days, it’s all the stuff-in-a-box subscription commerce startups that are getting attention. But that may be cooling off now too.

Fashion was getting pretty popular not too long ago. Startups ranging from e-commerce companies to “social shopping” platforms to fashion magazine startups were raising money.

But investors seem to have cooled their jets a bit on fashion, as they have on e-commerce. Word on the street is that investors are growing increasingly wary of e-commerce companies, many of which have had a hard time turning a profit as the margins are so low.

So where are they now?

JustFab--Not too shabby. The company just raised a $40 million Series C round, bringing its total to $149 million. Founded in 2010, the company now boasts 35 million members worldwide, 3 million of which come from Europe alone. In addition to the U.S., JustFab is currently active in Canada, Germany, the United Kingdom, France and Spain. After acquiring Shoedazzle in August, the combined company is expected to generate over $400 million in revenue next year and will be profitable in 2014.

ShoeDazzle--Acquired by JustFab in August 2013. Once the industry leader, ShoeDazzle raised $66 million from Polaris Venture Partners, Andreessen Horowitz, Crosscut Ventures, and Lightspeed Venture Partners. By 2011, it was valued at $200 million. But then founder Brian Lee split for the Honest Company, and new CEO Bill Strauss made some not-so-great choices, like the decision to cut the whole subscription angle altogether. Lee came back to the company in 2012, but he couldn't get Shoedazzle back to its previous growth rate.

BeachMint--Alive and well. One of the three major LA Shoe Wars players, BeachMint was founded in 2010 and has raised $73.5 million from NEA, Anthem Venture Partners, Lightbank, Goldman Sachs, and more. The company has gone on to expand to six verticals altogether: ShoeMint, JewelMint, Intimint, HomeMint, StyleMint, ShoeMint, and BeautyMint.

Fab--Alive and fabulous. In June, the "emotional commerce" company raised a whopping $150 million round, bringing its total raised to $310 million at a pre-money valuation of $1 billion. Fab has undergone an interesting evolution, starting out as Fabulis, the social network for gay guys, and later becoming Fab.com, the social/local network for gay guys, before becoming a daily deals site for gay guys, and eventually becoming Fab, the “emotional commerce” platform. Today, it boasts more than 14 million customers across 26 countries.

CakeStyle—shut down in August 2013. CakeStyle was a service that sent users a box of clothing based on a customer’s individual style preferences. Each box contained four to six outfits that totaled $2500 to $3000 altogether. Users could then return unwanted items and only pay for the items they chose to keep. CakeStyle raised $1 million in seed funding from Sandbox Ventures, but sources say the company was unable to raise a Series A.

Trunk Club—Alive and kicking. Like a CakeStyle for men, Trunk Club ships a box of men’s clothing to customers based on their style preferences, and customers can simply pay for the items they want and send back the rest. Since raising its $11 million Series A in 2011, its run rate revenue has grown 10X while membership has grown to 50,000 from 10,000. Additionally, its team has grown to 250 from 50.

MyShape—shut down in April 2013. The site attempted to redefine online clothes shopping by focusing on a user’s measurements, style choices, and fit preferences to make clothing recommendations via personalized stores called MyShop. The site shut down after raising $28 million from Lehmann Brothers, DFJ, Tenaya Capital, and others.

Threadflip—Alive and kicking. Since raising $8.1 million in 2012 from such VC giants as First Round Capital, Shasta Ventures, Andreessen Horowitz, Greylock Partners, and more, the fashion resale startup has gone on to release an iPad app. Some 40% of daily uploads and 20% of transactions come from a mobile device, according to the company.

The RealReal—Alive and thriving. After debuting in 2011, the designer clothing resale site went on to raise $21.5 million from Canaan Partners, InterWest Partners, Greycroft Partners, and more. As of April 2013, the site had 800,000 members and was seeing 1.5 million visits per month.

Twice—Alive and kicking. Launched in 2012, the clothing resale startup (which sells your clothes for you, as opposed to something like Threadflip or Poshmark, which lets users sell directly to one another) has raised $4.6 million altogether and has grown from 15 employees to more than 80.

Poshmark—Alive and well. The service lets you shop other people’s closets and put your own “closet” up for sale. The company has raised $15.1 million altogether and announced earlier this month that it has sold over one million items to date.

Rent The Runway—Obvs. With 3.5 million members and $55.4 million in the bank, the designer rental service just launched its very first mobile app on Thursday and made its first acquisition—Go Try It On—earlier this year.

Go Try It On—Acquired by Rent The Runway in June 2013. The social fashion platform allowed users to share photos of themselves in a particular outfit to get feedback from the hive. Founded in 2010, the company raised $3.75 million in funding from Index Ventures, SPA Investments, and Alex Zubillaga.

Chicisimo—Alive, but quiet. The social sharing site, which lets users share and browse pictures of designer outfits and tag specific brands, raised $800K in July 2012, but hasn’t made much of a peep since then.

Fashism—Alive, but super duper quiet. The site allows users to share their styles and looks with other users for feedback, as well as rate the style choices of other users. Fashism raised $1 million in 2010 from celebrities like Ashton Kutcher, Demi Moore, and Nina Garcia, but it’s been somewhat on the down low since.

Pose—Alive and well. While other fashion sharing apps/sites have faded into the background, Pose seems to be doing pretty well for itself. The startup crossed the one million member mark and released its first mobile app in September 2012. The company has raised $4.6 million altogether from True Ventures, Founder Collective, Upfront Ventures, and Mousse Ventures.

Snapette—Acquired by PriceGrabber in August 2013. The mobile in-store shopping app allowed users to snap, share, and locate hot styles at nearby stores. The company raised $1.5 million in seed funding in 2011.

CakeStyle is a personal styling service for busy women that delivers a box of handpicked clothing and accessories to your door each season. Our expert stylists select pieces for our clients from top designer brands like J Brand, Elie Tahari, Diane von Furstenberg, and Theory based on their fit and wardrobe needs. Each client receives a hand-picked box at home to try on, keep what she loves and sends back the rest. 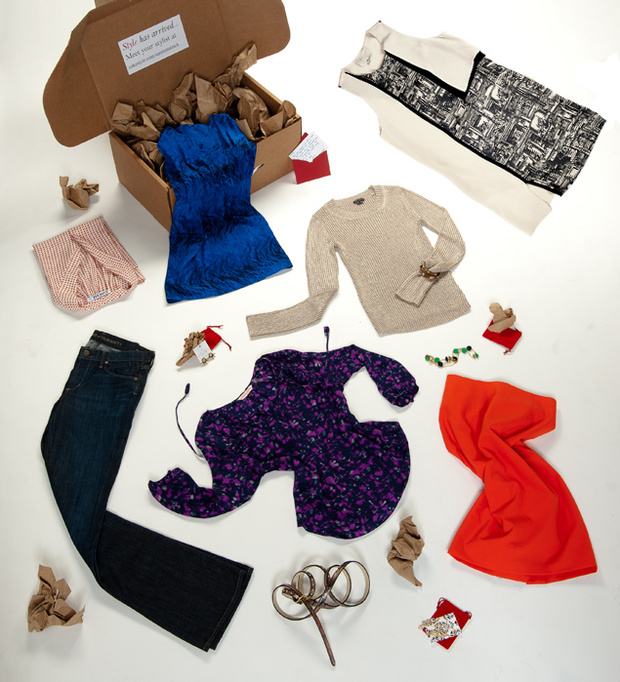 CakeStyle was created to take the hassle out of shopping. Going to the store, trying on clothes, and making returns is time consuming and tiring, especially for busy women; that's where CakeStyle comes in. Our clients' time is valuable, so we keep them in style and out of stores. We truly make style a piece of cake!

CakeStyle, which is based in Chicago, was founded in 2011 by Millie Tadewaldt and Cecelia Myers and is backed by Sandbox Industries.

Chicisimo is a player in the social fashion space, a community of girls sharing their personal style and inspiring each other.