ShoeDazzle managed to pull itself out of a tailspin, but hasn't been able to do much else 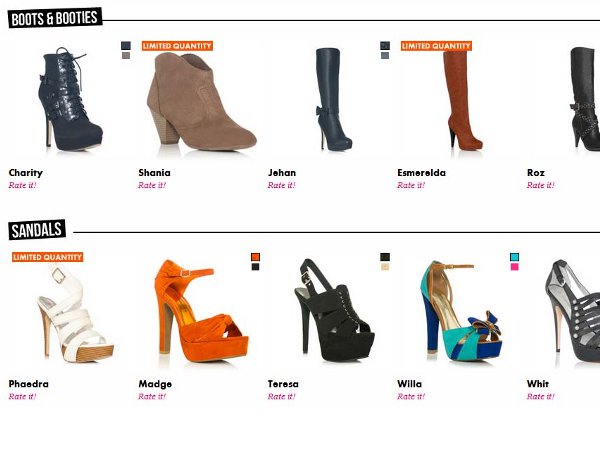 A major player in the L.A. Shoe Wars has defected today. After months of rumors that the company was floundering and looking for a buyer, ShoeDazzle has been acquired by JustFab. ShoeDazzle raised $66 million since 2009, but rumor has it that the deal was for well south of that—likely between $10 and $30 million.

The deal comes less than one year after founder Brian Lee reclaimed his spot at the helm of the sinking ShoeDazzle ship. Lee, who is also CEO of The Honest Company, has been attempting to right ShoeDazzle since last September, and while he’s been able to stop the careening losses the company was experiencing following Bill Strauss’s not-so-great decision to cut subscriptions, ShoeDazzle has not been able to climb back up to the peak it saw in 2011, when it was valued at $200 million.

Lee was miraculously able to pull the company out of its tailspin and make it cash flow positive last November, but the damage was done and there simply wasn’t enough money to get ShoeDazzle back to its state of former glory. The company raised a small $6 million round in October, shortly after Lee returned, but it was reportedly unable to raise more due to the discrepancy between its revenues and its costs.

Earlier this year, ShoeDazzle was rumored to be shopping itself around while Brian Lee maintained that running two companies at the same time is easy peasy. JustFab seemed like the obvious answer, considering the fact that it has the cash and it’s growing at a rapid rate. JustFab expects to do $250 million in revenue this year, compared to $100 million in 2012.

While ShoeDazzle was the first mover in the space, JustFab has managed to climb its way to the top, due in part to ShoeDazzle’s own self-inflicted nosedive, but also due to JustFab’s management’s tactical business decisions.

JustFab has launched a number of new categories in the last year, including a denim category, a children’s category (with its FabKids acquisition), and it’s gearing up to launch a new category soon. Goldenberg said that adding new categories has been the key to strengthening its business, but not every category is right for JustFab.

“We’ve had categories that we haven’t launched. We’ve spent eight or nine months working on them and we’ve invested real dollars into them, but it just became clear that they weren’t going to work and we’ve scrapped them,” said JustFab Co-CEO Adam Goldenberg in a recent interview.

ShoeDazzle and JustFab will continue to operate as separate brands, but early next year, the two companies will be moving in together in El Segundo. The combined company is expected to generate over $400 million in revenue next year and expects to be profitable in 2014. And while JustFab had some 15 million members on its own prior to the merger, the new combined company will have 33 million members altogether.

Brian Lee will join JustFab’s board of directors while ShoeDazzle President and co-founder MJ Eng will continue to run the ShoeDazzle brand.