Yahoo the latest to release a transparency report

Report finds U.S. asked for over 12,000 pieces of information, far more than any other country 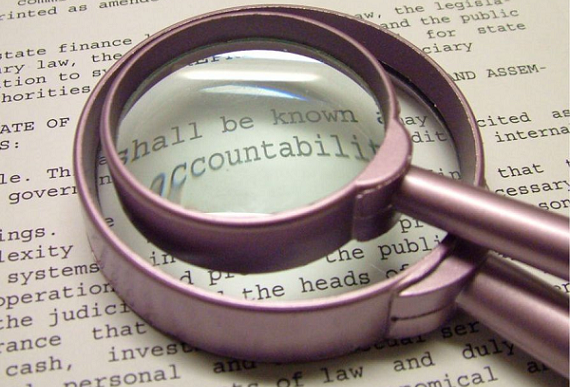 In the age of Edward Snowden and the NSA, transparency reports are so in right now, with companies like Google, Apple, Twitter and Facebook having all begun sharing how much data the government has been requesting from them, and how much they have given.

And now Yahoo, as promised, is jumping on the bandwagon as well, releasing its first ever global law enforcement transparency report, it was announced Friday.

The report covers governments requests for user data from January 1, 2013, through June 30, 2013 and is broken down by country.

In keeping with the findings of all the other companies that released such reports, the United States was by far the country with the most requests, asking Yahoo for 12,444 pieces of information from 402.322 accounts. Data was given in 11,403 of those requests, with only 241 of the requests being rejected.

The number of accounts specified in these government data requests "comprised less than one one-hundredth of one percent (<.01%) of our worldwide user base," Ron Bell, General Counsel for Yahoo, wrote in a blog post Friday.

And Yahoo, he said, does not just give out information all willy nilly.

"Our legal department demands that government data requests be made through lawful means and for lawful purposes. We regularly push back against improper requests for user data, including fighting requests that are unclear, improper, overbroad or unlawful," he said.

Indeed, Yahoo has made some of the most significant headway in fighting back against the government, and proving that it doesn't simply do what is asked of it.

When the PRISM scandal broke earlier this year, a slew of Internet giants, including Yahoo, were accused of, essentially, selling out their userbase to the government. Those companies have been trying to clear their names ever since.

A few of them have also made it clear that they would like to release how many Foreign Intelligence Surveillance Act (FISA) requests they actually received, in order that show that they are not, in fact, government stooges. But they would need permission to reveal that information, and they are unlikely to get it.

Unless the courts come out on their side, as they did for Yahoo n June, when the U.S. Foreign Intelligence Surveillance Court ruled in favor of Yahoo, and ordered the Department of Justice to reveal classified documents that will show that Yahoo fought back against revealing user data.

This was a major victory for Yahoo, which had tried to fight against disclosing data under FISA, but was still accused of supplying it to the government without question.

Yahoo says that it will be publishing these transparency reports every six months from now on to continue promoting transparency around the world.

"Democracy demands accountability, and accountability requires transparency," said Bell. "We hope our report encourages governments around the world to more openly share information about the requests they make for users’ information."