Subpeonas, search warrants drive data requests in the U.S., and the around the world 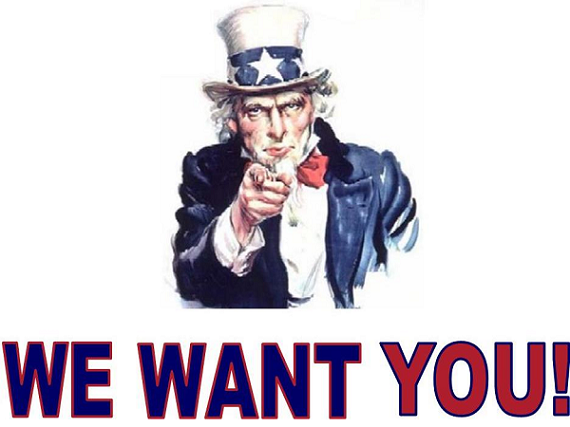 If you've ever been suspicious that your government is interested in your private data, you're not being paranoid. Not only do governments request this data, the amount they are looking for is actually on the rise.

As you might have suspected, or feared, the United States government far outpaced the rest of the world in the number of requests with 8,438 alone in the second half of 2012 alone. That accounts for over 39% of the total number of requests globally. 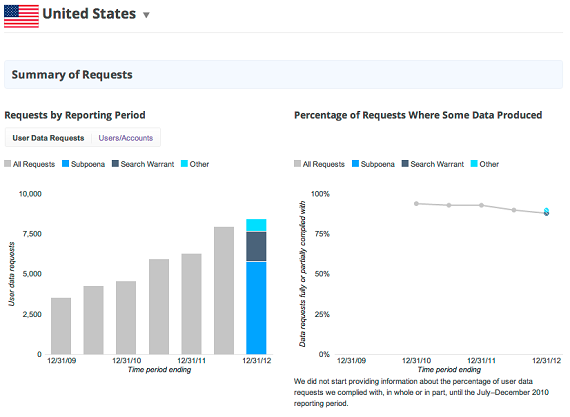 The requests break down into subpeonas, search warrants and others.

Of the requests, 5.748 of them, or 68%, came from subpeonas. Richard Salgado, Google's legal director for law enforcement and information security, wrote that these type of requests, which are issued under the Electronic Communications Privacy Act (“ECPA”), "are the easiest to get because they typically don’t involve judges."

1,896, or 22% of the requests, were through ECPA search warrants, which have to be issued by a judge and are based on "probable cause" that a crime has been committed.

"The remaining 10 percent were mostly court orders issued under ECPA by judges or other processes that are difficult to categorize," said Salgado.

There is some news that will make privacy adovcates happy: while the amount of requests has gone up by more than 70% since 2009, the percentage that Google has been complying with has gone down.

In 2010, when Google first started providing information about the percentage of user data requests they complied with, the global percentage has dropped from 76% to 66%. In the United States, it has gone from 94% to 88%.

While previous Transparency Reports have included new data on content removals, Google has decided to release those numbers separately going forward, and will be releasing that data in the near future.

"We'll keep looking for more ways to inform you about government requests and how we handle them," Salgado wrote. "We hope more companies and governments themselves join us in this effort by releasing similar kinds of data." 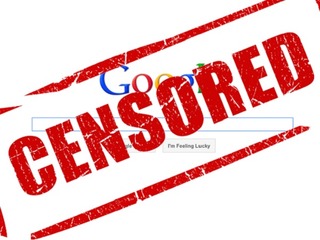