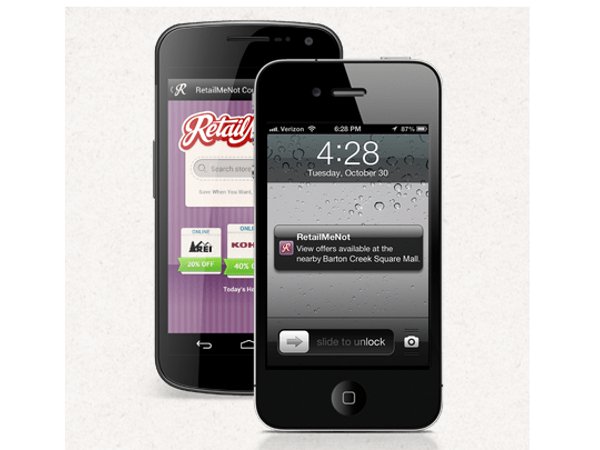 Just in time for your annual Black Friday profligacy, digital coupon company Whaleshark Media, which owns sites like RetailMeNot.com, Deals.com, and VoucherCodes.co.uk, announced Monday that it’s releasing a new update to its RetailMeNot iPhone app that will use geo-fencing to notify users of coupons and deals at nearby stores.

Specifically, the updated app will direct users to deals at nearby shopping malls, but the company says that as it gathers more data from this release, it plans to expand the offering to local businesses.  The previous version of the app (which has seen 1.5 million downloads to date) included more than 1,500 in-store coupons that helped drive foot traffic into brick-and-mortar stores.  The updated app will now target potential customers who are already within range of a particular store.

The geo-fence is essentially a virtual perimeter surrounding a particular retail location.  When a customer enters that perimeter, he/she gets a mobile alert on nearby deals and offers.

The updated app will work across 500 shopping malls throughout the country and includes map services to help customers find the nearest locations to redeem a coupon, the ability to save coupons for later use, coupon expiration alerts, and more.

“Geo-fencing technology is the next step in making mobile commerce a richer experience for both consumers and retailers,” said Whaleshark’s SVP of mobile, John Faith, in a statement. “We believe the ability to deliver highly motivated consumers relevant offers enables retailers to increase sales, move excess inventory and increase purchases of new products on their shelves.”

Indeed, it’s one thing to lure customers to your store with discounts, but if you can deliver those discounts while the customer is already out shopping and in the mood to spend money, then half the work has already been done for you.

And from a consumer’s point of view (and as someone who may or may not be participating in this year’s traditional hedonism), Black Friday shopping is pretty chaotic and it’s surprisingly easy to forget where you were going to go and what sale items you were going to get.  An app that pushes coupons to me while I’m out and about would make Black Friday thatmuch easier to get through.

Spokesperson for RetailMeNot, Brian Hoyt, tells me that the geo-fence is activated when a person enters a mall parking lot—so no worries about your phone exploding with push notifications while you’re driving down the freeway.  Hoyt also says you can personalize what types of deals and discounts you want to receive, so you can, for example, toggle through the menu to turn off deals from Sephora or Yankee Candle, if those aren’t your bag.

While most of RetailMeNot’s business is for online shopping, the company has seen a growing demand for in-store coupons as well, particularly among those using the RetailMeNot iPhone or Android app.

The new update is available today, so jump on it before you leave your home to go plow through some miserable Disney Store employees. 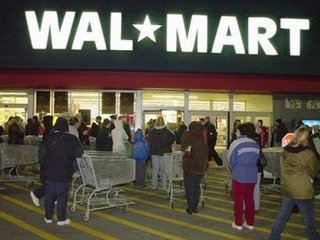 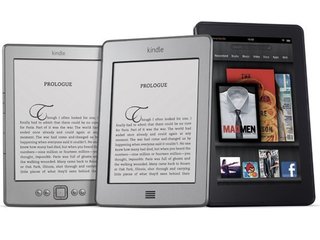