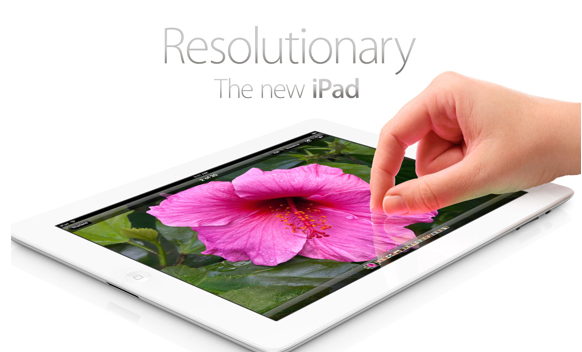 Even though the new iPad hasn't hit store shelves (that's expected March 16), the mobile device is already factored into many business budgets and work-flow processes.

About 84% of IT buyers in the market for tablets are banking on getting iPads, according to a newly-released report by ChangeWave Research. That is the highest percentage that ChangeWave has ever seen -- in fact, it is a seven percentage point jump since the survey last quarter.

This survey, which looked at more than 1,600 businesses, shows that Apple is tightening its grasp on the tablet market, especially in the workplace. 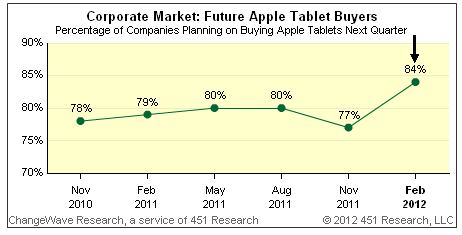 Just about 22% of the buyers surveyed said that they will be buying some type of tablet for their employees in Q2 -- and an overwhelming majority of those determined to buy tabelts will have that shiny apple on the back.

In the fourth quarter last year, Android managed to get one of its tablets in the hands of 39% of all tablet purchasers, according to the research firm Strategy Analytics.

And at the end of last year, nearly three-quarters of small businesses were planning on buying tablets for their company next year -- and most of them want those new mobile devices to be iPads, according to the National Purchase Diary of North America.

Last week, the new iPad release had techies on the edge of their seats to see just what would be in the update.  And even though many have been remarking that the new iPad is not totally dissimilar to the iPad 2, it looks like the heightened specs were enough to excite those in the market for tablets.

The new iPad has, as expected, a retina display for more clear viewing, zooming and detail, as well as 2048x1536 resolution -- also a feature that many were anticipating. For those of you out there that don't know what those numbers mean -- essentially this makes the viewing quality twice as sharp as the iPad 2. The new 9.7-inch iOS tablet keeps the same 9.7-inch screen size but results in a crystal-clear 264ppi pixel density.

So it looks like it will take some serious innovation and, likely, price-competition to chip away this lead that Apple has rebounded with. 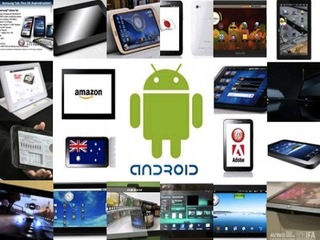 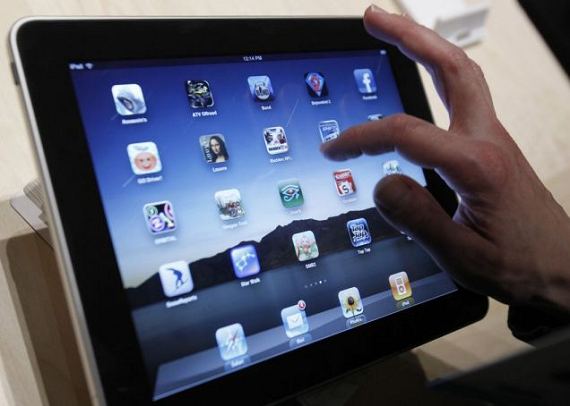 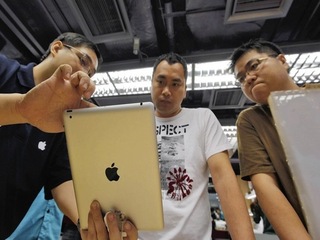 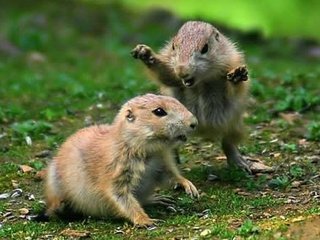