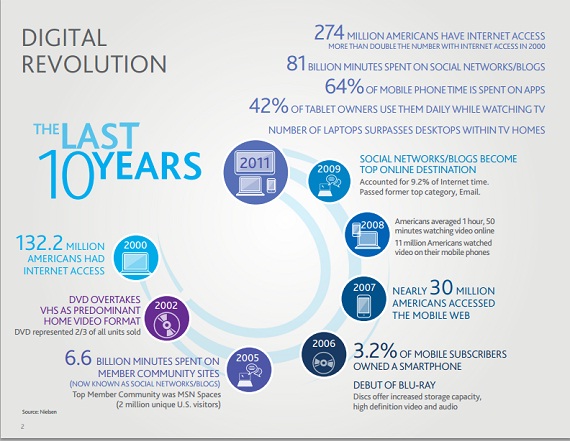 Nielsen and NM Incite released their first ever "US Digital Consumer Report" Thursday, and it is chock full of interesting data concerning America's continuing obsession with the digital world. And if you're doubting the ervasiveness of that obsession, you may be interested by one particular finding in the report:

The number of Americans with Internet access has more than doubled since the year 200, from 132.2 million to 274 million.

Nielsen cites this fact as a direct contribution to the way entertainment  is changing, shifting toward Web-based media at a very rapid rate. For instance, at the end of 2011, roughly one‐third of consumers streamed long‐form content such as a movie or TV show from the Internet through a paid subscription service like Netflix or Hulu‐Plus.

Nielsen's report varied widely in its data, showing digital behaviors across gender, ethnicity, education level, and economic status. One of the most interesting break-downs was a series of graphs showing how digital behavior by Americans occured across mobile function, brands, and category of online activity.

Some other interesting stats: 274.2 million Americans have Internet access, 165.9 million people watched video during the trial period, and 169.6 million visitors to social networking sites or blogs.

Nielsen also coined a new terminology to denote the most digitally-inclined age demographic, Americans aged 18-34, which they call "Generation C," or those "born sometime between the launch of the VCR and the commercialization of the Internet."

The latest Census information reports that Americans 18-34 make up 23% of the U.S. population. However Neilsen's data shows they represent a disproportinately large percentage of online activity. 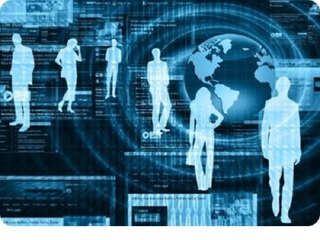 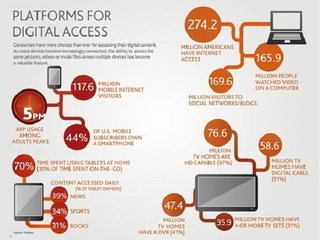 Americans 18-34, aka Generate C, are hyper-connected