Companies that want to get into the outsourcing business can now build their applications on the TaskRabbit API, which was released Friday.

This will allow third-party developers to integrate TaskRabbit features, of sourcing out tasks to the public and paying virtually, directly into their own apps and Web sites.

TaskRabbit has been gaining a lot of momentum lately, most recently gaining $17.8 million in its second round of funding in December -- from LightSpeed Ventures and several others. The new open API will now help other companies find short-term workers on a regular basis (say for projects, testing or focus groups) and help organize group or company to-do lists.

Two to-do management apps, Astrid and Producteev, are already using the TaskRabbit API to organize the projects people are working on. When you sign up to use these apps, you are able to outsource anything on your to-do lists without making a separate trip to TaskRabbit.

Another company, YouEye, an online user testing platform for rapid feedback on website uses, is putting the TaskRabbit’s API to work for user testing jobs. The diversity of the TaskRabbit’s community offers YouEye customers affordable insights into how people with varied backgrounds engage and experience websites in the real world.

The San Francisco-based startup has raised nearly $25 million in funding so far.

The TaskRabbit blog also pointed out that their goal is to build the ultimate social networking platform for getting projects completed and will continue "to enable its members to use the platform in seamless and innovative ways."

Back in December, TaskRabbit told me that it had tripled its monthly task volume and net revenue since May and has seen it customer based increase 7x.

“When we launched TaskRabbit in 2008, we pioneered the concept of ‘service networking.’ Even then, I recognized that we were paving the way for a powerful emerging market that would change the way we collaborate with those around us to get things done,” Leah Busque, founder of TaskRabbit, told Vator. 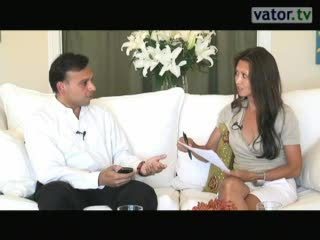 Making money off of local services