Making money off of local services

Thumbtack recently won the people's choice award the Juice Pitcher event. It seems the audience liked Thumbtack because its goal is to bring local service providers together with consumers. Thumbtack isn't alone, many startups are trying to make money by bringing these two sides together.

Aloqa, a mobile discovery service, is trying to get local service providers, like plumbers, to be matched with consumers. Aloqa is hoping to capture lead-generation dollars for that.

In this interview (the third in a series of interviews with Aloqa), Bambi Francisco continued her discussion with Sanjeev Agrawal, CEO of Aloqa, which recently raised $1.5 million in venture funding from Wellington Partners and angel investors. This particular segment focuses on Aloqa's business model. (Note: Look below to see the other two interviews.)

BF: What is the business model?

SA: The model has four different parts. The first one is transactions that people can do. As you know, Aloqa has several channels for finding people, places, and events. In that context, seeing a movie you like and then buying a movie ticket, is a complete loop for you. Those transactions can be buying movie tickets or even making a call to a featured business. The second one is helping publishers that want a branded version of Aloqa. So right now, we have a publisher called Great Dad  and if you go to GreatDad.com/mobile, you will be able to get Great Dad version of the client where Aloqa makes it far more cost effective for publishers to get on multiple handsets.

BF: When do you start charging?

SA: If they want a branded application, we charge them.

SA: It's a fraction of what it wold cost them to be on all these platforms...tens of thousands of dollars.

BF: So how much would Great Dad pay you for an app?

SA: Great Dad would not pay to be a channel on Aloqa. But if you wanted a branded app, I can show you the Great Dad version of Aloqa which looks similar but it is not Aloqa. He gets to choose other channels and content that we have to be part of this app. He can choose not to include some of the channels we do. For example, Great Dad wants to provide something to dads that are interesting and that are out and about. Not all channels are catered to dads. Some are and some are not. So he can take a subset of the content we gather, include his content in it, and then have his content empowered by Aloqa application.

The third revenue model is around lead generation. A classic example would be Service Magic.Think about a plumber or an electrician who is willing to pay money, to have leads being sent to them. So if I am a plumber in Oakland who is half a mile away, instead of the process today where you get emails for weeks, we shorten that notice and send that lead to the plumber on the leads channel for him. So it would not be on the Aloqa app for the audience that would be interested in selling the lead. It's not a consumer app but an app towards people that are always out and about and looking for leads.

SA: You would have a special purpose Aloqa app that is notifying you not of coffee shops but companies or people that are in need of service.

BF: So how would you be alerted that companies would need a plumber?

SA: Today, as you know there are several aggregators on the Web and for example, you would go to Service Magic or Yodle and in this case, they both have a network of plumbers and electricians that when you need one, they send a lead to someone in your neighborhood. But the process today is that the plumber is not instantly notified but when they are, the plumber can pick up the phone and answer the request and tell them they would be there in an hour instead of the typical process which can take a few days to actually get someone in.

BF: So if you're a plumber watching, this is for you. What's the fourth business model?

SA: The fourth business model is advertising. In some channels, a user may see value in a sponsored listing around them. So not necessarily as a banner ad but as part of the channel you might be interested in seeing that there is the Aloqa coffee shop that does offer that special deal. This would be the fourth model.

BF: And of those, which will drive your revenue in the first year? And what is it in five years out?

SA: We're making revenue on practically three of the four which is the advertising and couponing, branded applications, and the transactions. The lead gen is more enterprise focused where you have to do deals  that aggregate for example and then offer a special version. We think that the user experience would be best enhanced when you allow them to close the loop to make transactions and buy the ticket.

BF: In five years, what is the break down of your revenue look like?

SA: If you really look at the overall sizing of the advertising and the couponing on the Web, it's tens of billions of dollars. The reason it has not moved on to the mobile phone, is because nobody has taken that and presented that during the coarse of a person's interaction with their mobile phone in a smart way instead of pushing marketing stuff to you as you're out and about. So the two models that we are most excited about would be right ad to the right user, at the right time, hopefully with a transaction component to it.

BF: What kind of location targeted advertising is working today?

SA: The things that we see working best is when the advertising is not presented as advertising but as part of a natural sequence of events that users want. They don't necessarily go around requesting coupons and tickets because they just want to see a movie. So if you present to them a location-based offer in the context of " I was looking for a movie", that works.

BF: How much revenue is being generated right now for those type of ads and location-based ads?

SA: I don't have the latest numbers but I know that mobile advertising in general is several hundred million dollars globally. I don't have the accurate break down of how much is transaction of that and how much is not. What's also going to happen is mobile payment systems will improve such as Blackberry's announcement with Ticketmaster where you can buy tickets on your phone. As this becomes more prevalent, transactions become much more easier.

BF: You've raised $1.5 million. But you have ambitious goals, different revenue lines that can't take you  that far. Any fundraising?

SA: I am always fundraising.

BF: We all are. Best of luck to you, Sanjeev.

Aloqa has solved two problems for mobile users: it takes away the need to type search terms into browsers or other mobile applications to find something, and also proactively recommends interesting local opportunities to users on the go. Wherever they are, users can simply glance at their phones and see which friends, favorite businesses, events like music concerts, local offers and other interesting places are close by, without having to launch a browser or search application. Aloqa takes into account the user’s location, preferences and social relationships to make these recommendations in real time.

“Aloqa makes mobile phones a lot more useful. As a user, it’s painful launching browsers and typing or speaking into apps. And even if doing searches becomes easier on mobile, it still doesn’t solve a bigger issue – every day all of us miss out on all kinds of opportunities we aren’t even aware of such as discovering friends who happen to be close by, or that there are concerts happening locally that we’d like, or sales and bargains all around us. Aloqa solves both the search and discovery issues by utilizing a user’s context – their location, time, preferences, and relationships – to notify them in real time of friends, places, events, and entertainment opportunities around them without delays” said Sanjeev Agrawal, CEO of Aloqa.

Aloqa is the first company to provide mobile users with context relevant alerts and notifications. Based on their location, preferences and social relationships, Aloqa users see what’s close to them without having to type anything into a browser or search application: their favorite businesses and points of interest, deals / coupons nearby, music performances and events, and Facebook friends in proximity. As they move, Aloqa refreshes automatically, so users never miss a social opportunity, event, or bargain.

PLEASE NOTE: On July 16, Aloqa (www.aloqa.com) announced  that it closed $1.5 million in series-A funding and opened a beta of its context-aware mobile application on Android handsets. Aloqa was also selected to demonstrate its application on stage at the MobileBeat Conference, hosted by VentureBeat in San Francisco, and was chosen as a "Winner of Tesla Award" -- The people's choice award at mobilebeat.

Aloqa has also received some glowing coverage and comments in TechCrunch, ReadWriteWeb, AndroidGuys and others. Seel:
http://www.readwriteweb.com/archives/mobile_search_gets_a_push_aloqas_location-aware_app.php 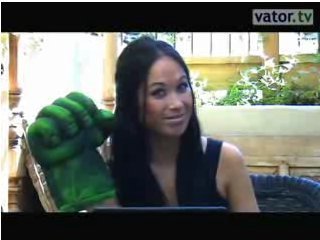 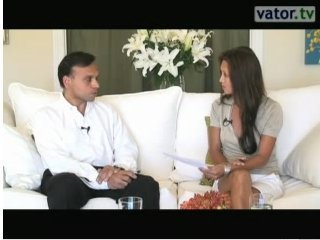 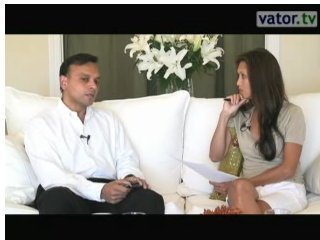 The difference between Aloqa and Loopt