A journey of bootstrapping for nine months, learning, raising money, and building a great service

During a cold evening in Boston, Leah Busque didn't want to leave her cozy home to buy dog food. It wasn't exactly a task she wanted to do that evening. That problem soon became the basis of the startup she built called TaskRabbit, an online marketplace where people can get small tasks done.

Leah, who is now the company's chief product officer, quit her job at IBM as a software engineer and started working on building the initial product in the summer of 2008. She bootstrapped for nine months, until she raised $150,000 in March 2009 from angels. She soon moved to California and participated in the fbFund incubator program later that year. By October, TaskRabbit landed $1.8 million in seed funding from Floodgate, with participation from Baseline Ventures and First Round. TaskRabbit then raised $5 million round from Shasta Ventures this past April. You can see TaskRabbit's funding history on their profile.

For more on Leah's story and her experience raising funds, watch her Floating Point presentation at Venture Shift. 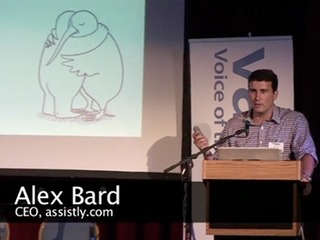