The worst stat in a cartoonishly bad year for RIM is a 3.1 point market share loss in only a month 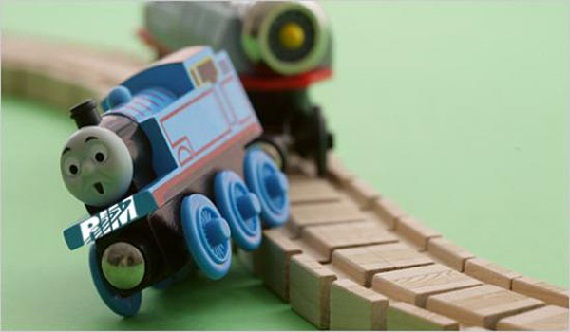 For Research in Motion, 2011 was probably a year it would like to forget. New findings reflect patterns that have manifested for most of the year, with Android and Apple performing well, and Research In Motion (RIM) falling further behind.

This, according to a new study released Friday by comScore that looks at the goings on in the mobile world during a three-month period ending in November 2011.

As we all know, RIM has had itself a bit of a time in 2011. After a bleak Q2 earnings report, things only went downhill when the company's network suffered a near-global, three day blackout. RIM Co-CEO Mike Lazaridis did his best to calm customers' and shareholders' fears, but the downward trajectory of RIM's arrow only steepened.

In short, RIM became the tech world's favorite punching bag in 2011. Case in point: a lot news stories about RIM these days feature graphics of Wile E. Coyote, a character which is probably not the company's first choice for a mascot.

And ComScore's recent report unfortunately bore out that "Wile E. Coyote falling down a ravine" image.

ComScore's data on Original Equipment Manufacturer (OEM) mobile market share put Samsung at the top with 25.6% and LG and Motorola in the No. 2 and No. 3 spot, with 20.5% and 13.7% respectively. Apple came in at No. 4, with 11.2 % and a significant +1.4 difference from the previous month, the highest gain of the top contenders.

RIM, meanwhile came in a distant 5th place, with 6.5% and -0.6 point change over the month of November.

Things also went poorly for RIM in the mobile platform market share. Google Android dominated, taking 46.9% of the share by survey's end, an impressive +3.1 jump. Apple was in the second spot with 28.7%. RIM rounded out the top three, at 16.6%.

These losses are hard to believe, looking at RIM's mobile platform market share from July 2010. The company had already started its decline by that time but was still sitting in the #1 spot with 39% of the market. By January 2011, RIM had fallen to #2 behind Android in this same category, with 30.4%. By April 2011, RIM had been overtaken by Apple and was in #3 at 25.7%, which puts their November 2011 16.6% market share at a ~9 point drop in only seven months.

Hopefully Lazaridis and co. can turn things around in 2012 and start chipping away at Android.

ComScore also collected data on those activities mobile users used their devices for most, finding that the biggest percentage occupied themselves texting, while downloading apps and browsing the Internet were the next two most popular tasks. 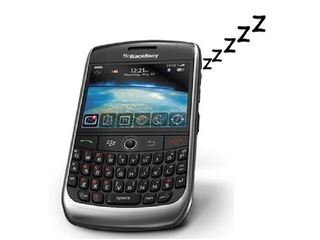