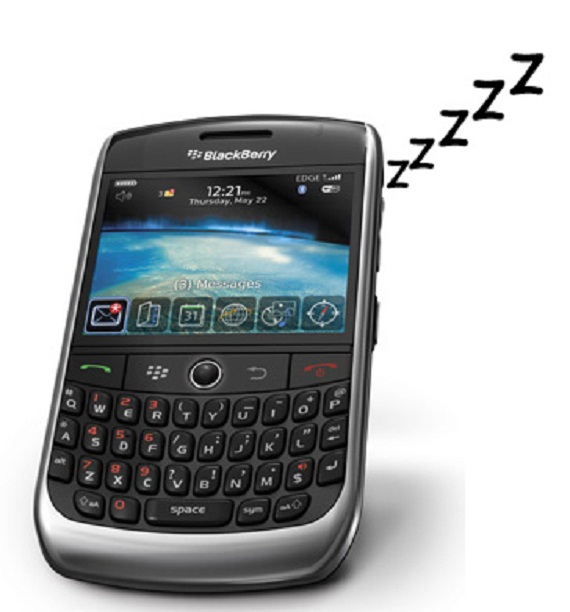 We're in the 3rd straight day of a near-global BlackBerry blackout. On Monday Oct. 10, services outages affected Europe, the Middle East, and Africa on Monday, with Brazil, Chile, and India following the next day. Today the outages have spread to Canada and the U.S.

"The messaging and browsing delays that some of you are still experiencing were caused by a core switch failure in RIM's infrastructure," said global telecommunications company and BlackBerry manufacturers, Research In Motion, via their website on Tuesday. "Although the system is designed to failover to a backup switch, the backup did not function as previously tested."

The black-out is manifesting in extremely slow or no Internet for BlackBerry users. The failure of service seems to have created a pile-up of data in the RIM system, which is only adding more difficulty in fixing the original problem.

This latest debacle has been just the icing on the cake for RIM and BlackBerry, as the company has been in steady decline for 2011. Competitors Apple and Android have been offering fierce competition. RIM's stock has dropped 60% this year, with a 1.4 drop just today, as of the writing of this article.

To make matters worse, today mobile carriers have started to offer customers compensation for their lost service, with some speculating that the eventual rebates might fall on RIM's shoulders.

Another consideration of the ill timing of the BlackBerry black-outs is that the company's two biggest competitors are on the verge of launching new devices. Apple topped 1 million pre-orders within the first 24 hours for their iPhone 4S, which will go on sale on Oct. 14th. The newest Android device is expected to launch in the coming weeks.

But RIM may have a chance just around the corner to change the script and get the company back on track -- provided that the glitches are solved and service is back up. Embattled RIM co-CEOs will hold their U.S. developer conference in San Francisco next week, and one such CEO Jim Balsillie will appear at the Web 2.0 Summit on Oct. 17-19.

Let's hope (for their sake) that during these two appearances that RIM executives can offer some solutions.