Looks like it was another bleak quarter for RIM.  And it didn’t look like things could get much grimmer after last quarter’s earnings report, when RIM announced its plans to trim some 2000 employees.  That was a pretty dark day for RIM stock, which plunged in after-hours trading.

Today’s report isn’t good, but at least it didn’t come with a mass layoffs announcement (I guess that’s the good news right there).  Revenue was down 15% to $4.2 billion from last quarter’s $4.9 billion, which, to be fair, is what it predicted it would make.  But it’s on the lower end of the scale.  Last quarter, RIM estimated that its second quarter revenue would be between $4.2 and $4.8 billion

Revenue was down 10% from the $4.6 billion RIM made in the same quarter last year.

The numbers missed Wall Street’s expectations of $4.47 billion in revenue, or 80 cents a share in adjusted net income.  Additionally, shipments of the PlayBook tablet fell well below analyst expectations of 500,000 to 700,000 shipments.  RIM reported having only shipped 200,000.

To make matters worse, RIM’s cash was halved to $1.4 billion from $2.9 billion at the end of the previous quarter, due to RIM’s role in a consortium that bought Nortel’s patents, which cost the company $780 million.

But co-CEO Jim Balsillie remains optimistic about the BlackBerry 7 smartphones:

“We successfully launched a range of BlackBerry 7 smartphones around the world during the latter part of the second quarter and we are seeing strong sell-through and customer interest for these new products,” he said, adding:  “Overall unit shipments in the quarter were slightly below our forecast due to lower than expected demand for older models.  We will continue to build on the success of the BlackBerry 7 launch to drive the  business as we focus our development efforts on delivering the next generation, QNX-based mobile platform next year.”

Will RIM manage to pull itself out of its tailspin by the end of this quarter?  At its last earnings call, the company noted that its “cost optimization program” (translation: mass layoffs) would not begin to take effect unti l the third quarter, so it’s possible that the BlackBerry 7 combined with the mass layoffs will manage to heave RIM out of its slump.

The company is expecting third quarter revenue to be in the range of $5.3 to $5.6 billion.  In the third quarter of last year, RIM made $5.49 billion. 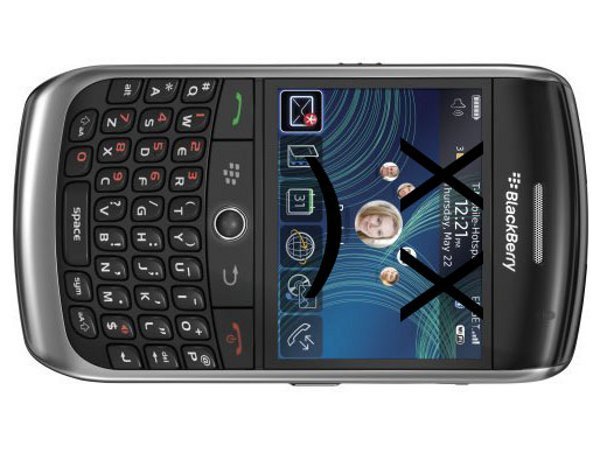