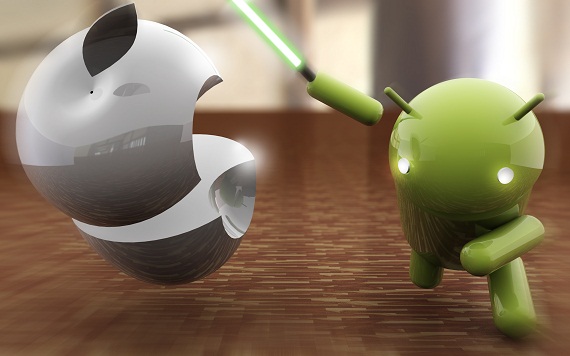 The tablet wars are getting exciting. First Amazon released an iPad killer, called Kindle Fire. Now Google is coming up with its own.

Google will "market a new tablet of the highest quality in the next six months," according to Eric Schmidt, Executive Chairman of Google, in an offhand comment a week ago during an interview with an Italian newspaper, Il Corriere della Sela.

The comment initially slipped under the radar of several news sources. But now some are speculating that the new Google tablet will be a part of the company's Nexus series, like the new Samsung Galaxy Nexus, which dropped just a few days ago. But whether or not the Google tablet will be a Nexus, no one is in doubt that the time frame is meant to offer competition to the release of the iPad 3, or that the new tablet will run on the latest version of Google's mobile OS Ice Cream Sandwich (ICS).

The Samsung Galaxy Nexus is the latest device spotted with ICS. Previous models in the Nexus line were the Nexus One by HTC and the Nexus S made by Samsung. Google only acquired Motorola Mobility in the latter part of 2011, so it was inevitable the company would assert its presence on the mobile scene and challenge Apple.

And speaking of Apple, in the interview where this news was given, Schmidt mentioned his friend Steve Jobs several times, calling him "the Michaelangelo of our time." (That might be slightly stretching the truth.) Schmidt also mentioned that "[Jobs] realized the revolutionary potential of the tablet and has created an amazing product like the iPad" but that their "companies compete."

Despite that several current tablets operate with Android, including the Motorola XOOM and Samsung Galaxy tabs, Google hasn't really "competed" with Apple in the tablet market yet. If this upcoming tablet is made by Motorola, it will be the first created since Google started the process of acquiring Motorola Mobility in August.

Google carving out a greater presence in the tablet scene could have important implications for the company's mobile brand. According to a recent study, Android is dominating iOS in mobile ad conversion, but a separate study shows iOS as the clear winner as a medium for e-commerce.

Add to that the recent upstart tablet, the Kindle Fire, and the prospect of a new Facebook smart phone, and we've got ourselves a Mobile horse race for 2012.

[Image Credit: by aoisora9x on webtrickz.com]

Android app pricing: Is it really worth it?

Android to ride in iPhone's wake