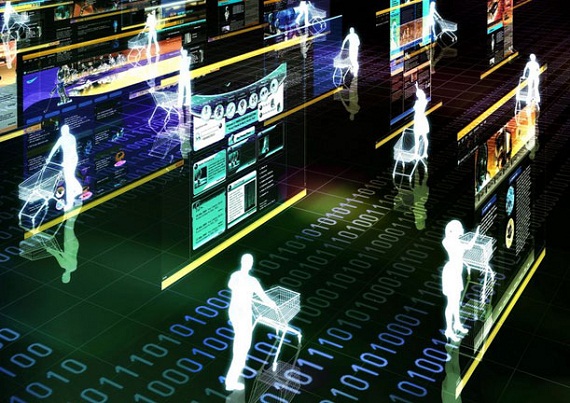 More than ever, American shoppers are letting their fingers do the walking and doing their shopping via their mobile devices, with Americans owning more than 24 million tablets and 90 million smart phones.

Not surprisingly, this extended well into the holiday season, as more people shopped conveniently (probably while lounging on their couches) via their iPhones and iPads. In fact, the iOS was the mobile operating system used more than any other by holiday shoppers this year, according to the findings of analytics blog Rich Relevance.

Apple devices totally ruled the online shopping market. In April, 88% of those shopping online did so on a device with iOS. This number rose to 92% in December. Average Order Values (AOV) were also highest for Apple devices, at $123 as compared to Android's $101 for December.

Some 3.4 billion shopping sessions were analyzed between April and December of 2011. While mobile shopping accounted for only 3.74% of total shopping, the rate of mobile transactions doubled in that time, starting at only 1.87 %. Online retail browsing with mobile devices also doubled over the survey period, from 9% of total shoppers to 18%.

On Thanksgiving day, 24% of shoppers were on a mobile device -- recovering from too much turkey and unwilling to brave the teeming masses at the shopping malls, no doubt. This answers for the highest percentage of online shoppers between November 1 and December 18, a time period that saw an average of 14% of shoppers getting their business done via mobile devices.

While most of the shopping was done on an Apple device, it's not to say that Android need fear for its life, as -- ecommerce numbers notwithstanding -- it had quite a big 2011, too. According to a report Tweeted by Google Mobile developer Andy Rubin, the Android OS went from being downloaded 500,000 times in June to over 700,000 times in December. Also, Android smart phones converted 56% of ad impressions, as opposed to 28% of the smart phones with iOS, according to Millennial Media.

I must admit, it's a little confusing how these different reports could actually play out in the real world... Do people see ads on Android smart phones, and then switch to iPads to do their actual retail ordering? One thing is clear, mobile ecommerce is growing and Android is still very much a force to be reckoned with, so next year's holiday shopping crown is still up for grabs.