Based on the number of units shipped from manufacturers, Amazon is getting massive Kindle orders 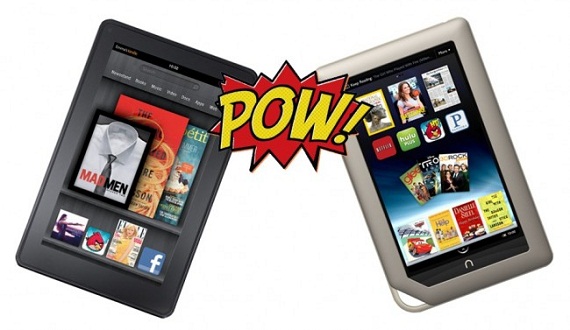 Analysts had predicted that Amazon's Kindle Fire, also known as the New Kid on the Tablet Block, would show huge numbers this holiday shopping season. One report has the Kindle Fire coming in strong as the second most popular tablet, behind the iPad.

All signs so far have indicated that they're right, as new stats from DigiTimes show that Amazon has already ordered between three and four million units from Kindle Fire manufacturers, Quantum. Additionally, the supplier for Kindle Fire's touch pads, Wintek, has raised its shipments to provide between three and three-and-a-half million units to Amazon before January.

So does it sound like Amazon has been moving quite a lot of Kindle Fires lately, or what? Well, not so fast. The same report indicates that some stops in the supply chain have been known to build the inventory of individual components of digital devices, and that the shipment of parts, or even fully built devices, does not mean every one will be, or has been, sold. DigiTimes cites unnamed "industry insiders" on all figures.

Listed chief among the reasons for the Kindle Fire's popularity are its low price of $199, as opposed to those of its closest competitors, $499 price tag for the iPad and $249 for the new Barnes and Noble Nook. Another big draw for the Kindle Fire is the impressive catalog of apps offered, including those from Netflix, Facebook, Rovio, Twitter, LinkedIn, Angry Birds, and Pandora.

In terms of actual quality, the Kindle Fire is closest to the new Barnes and Noble Nook. However, the Nook does not have access to a large, ready-made catalog of online content, which the Kindle Fire does through Amazon. Also sweetening the pot for would be Kindle buyers, the new Amazon tablet comes with a month free of Amazon Prime, giving a nice buyer's honeymoon of free access to that content library, like Amazon instant Video and the Kindle Owner's Lending Library.

But the new Nook has an edge on the Kindle Fire for battery life, 11.5 hours for Nook vs. 9 hours on the Kindle, and storage capacity. These qualities are important for tablets, as most are used away from home and, thus, oftentimes ready wireless Internet. Because the Kindle Fire uses the Amazon Cloud, as opposed to the device itself, users disconnected from the Internet may find themselves unable to access their materials.

But despite all this, Kindle Fire's popularity hasn't seemed to slow down one bit, since its November 15th debut.