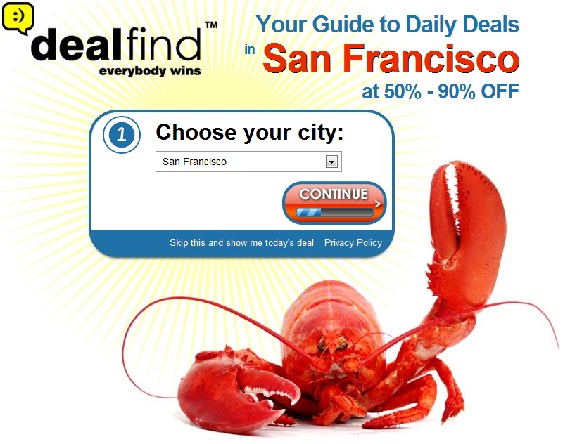 Daily deal up-and-comer Dealfind has made a series of expansions to their brand in 2011. The most recent of these is their "Everyday Deals" feature, which allows users to redeem daily deal coupons on the day they are found, rather than the more standard model of assigning a given time period for daily deal coupons to be redeemed.

This "Everyday Deals" will likely prove useful during the holidays, when, let's face it, a lot of people are hanging around with their families, needing something to do to get out of the house that day, not in two weeks.

And while the "Everyday Deals' feature resembles Groupon's GrouponNow pretty closely, because neither site guarantees having what individual users need at a given moment, access to as many immediate daily deal options as possible is, of course, a good thing.

And in some ways, Dealfind seems to be the better option. Groupon is good, because it has a ton of deals in a ton of markets, and also because its interface is pretty much foolproof for those who are less computer-savvy. So, say, if your 80-year-old grandmother is looking for quick deal, Groupon is the way to go. But for users able to navigate dropdown menus and search functions, Dealfind offers a bit more control.

In short, Groupon has a lot more deals and a lot more markets to deal in, but Dealfind is a viable alternative.

In fact, while some have suggested that Daily Deal sites were on the decline in 2011, a bevy of daily deal sites still managed to offer Groupon competition. Besides the usual suspects like Groupon and LivingSocial, sites like Tippr, the mom-oriented Plum District, men's lifestyle deal site Thrillist, retail deals site Woot, and maybe most interesting of all, a site that helps you navigate over 790 different deal-a-day sites, Yipit.

Some other startups in the daily deal game that were funded in 2011, include Frugalo, which organizes daily deals from multiple sites for the user, CouponTrade, which allows users to trade their unwanted gift and deal cards with other users, and Bloomspot, which has guaranteed profit for vendors, by attempting to solve the main problem with daily deal sites' business viability, the fact that deal-searchers aren't necessarily going to be loyal to the businesses they sample after their deals expire.

Based in Toronto, founded in 2009, and having since making its name as "Canada's answer to Groupon," Dealfind expanded into 18 new U.S. city markets in November 2011, bring their total American markets to 41 to add to the 29 carried in Canada. Dealfind has saved its users over $400 million dollars, through the offering of over 1.7 million coupons.

Other expansions include Dealfind's new mobile apps for both Android and iOS, and the company's announcement in October that it had partnered with Google Offers. This deal stipulates that vendors who offer savings through Dealfinder may also be elligible to do business with Google Offers at no additional cost, and at Google's discretion. 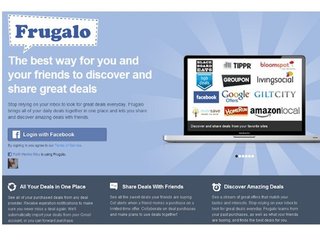 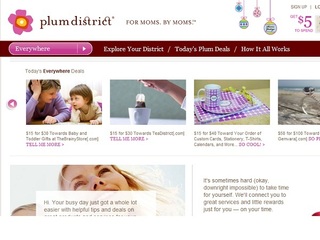 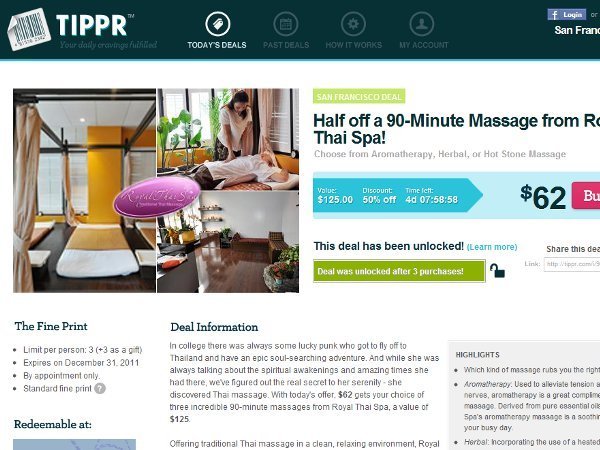 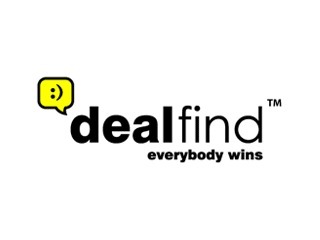 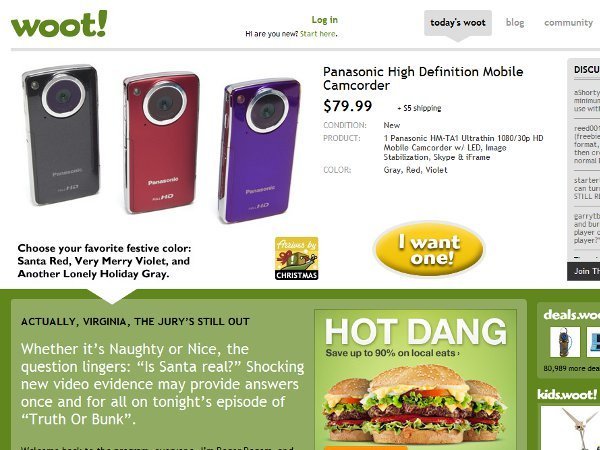 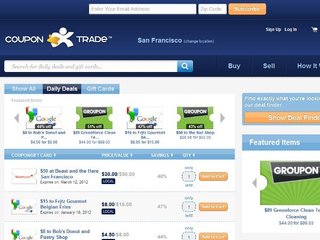