We’re on Day 4 of the 12 Days of Groupon Clones, and today’s Groupon clone is really hard not to like, because the site is hilarious: Woot.  I know the other day I mentioned feeling weird and embarrassed for daily deal sites that attempt to mirror Groupon’s tone and style to a T, but this one actually does it quite well.

So first of all, it should be noted that Woot is not a Groupon clone since it doesn’t require a minimum number of people to sign on in order to activate the deals, and it started well before Groupon. Maybe what's more correct is to say: Woot clone of the day: Groupon.

But as I mentioned, it does look and sound remarkably like Groupon in terms of style and voice. But you can’t really copyright a sense of humor, so there you have it. (Note: The description for Friday's deal on Panasonic mobile camcorders is actually a lengthy mock TV episode debating the existence of Santa.)  The user interface could do with some more cleaning up--the site is a little scattered, but ultimately navigable.

The deal-of-the-day site, founded in 2004 by CEO Matt Rutledge, focuses less on the social aspect and more on the timed aspect.  Deals begin at midnight and expire within 24 hours, or until they sell out.  Once an item sells out, the next deal won’t be posted until midnight.  Sites like Gilt Groupe later jumped into the timed sale phenomenon.

The site specializes in electronics and usually features some gadget as the deal of the day, but it also offers deals in other categories like kids’ toys, wine, and T-shirts.  The site offers one T-shirt deal per day, one toys deal per day, five wine selection deals a week, and one close-out deal per day in partnership with Yahoo Shopping.  Additionally, a cornucopia of deals is available on the Woot community forum from retailers large and small, including Amazon, Best Buy, and Wal-Mart.  Deals on the community forum vary widely.  For example, you can get a 4 ounce bag of ground ginger free with every purchase you make at MySpaceSage.com, or you can get Independence Day on blu-ray for $8.99 from Amazon.com.  Woot, woot!

The site has received some very positive reviews from users, who have praised the flat $5 shipping rate, as well as the quality of its products.  I, like a number of other people, am wary about online shopping when it comes to things like clothes, shoes, electronics, and ball-gags, but a number of customers have said that despite their own reservations, Woot products are usually high-quality and turn out to be just as good in real life as they looked on the site.

Some, however, have complained about Woot’s customer service, which the company acknowledges on its website as less than fantastic.  Can customers call Woot and speak to a live representative?  “No.”  Can customers return items if they decide they don’t like them or have buyer’s remorse?  “No.”  According to the site, if you buy something and decide later that you no longer want it, “sell it on eBay.”  And what about customers who have a defective product?  Those people are advised to contact the manufacturer if they want a replacement.  In the event that they just want a refund, customers can contact Woot with the order number and a detailed explanation about what was wrong with it, and the company will usually offer a refund. 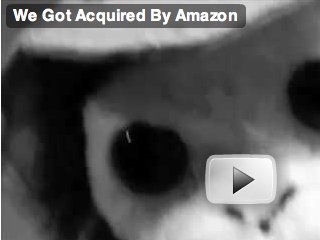 Woot ushers in the new way to announce a deal