The global company that markets its ingenuity, uses a Facebook app to promote its benefit concert 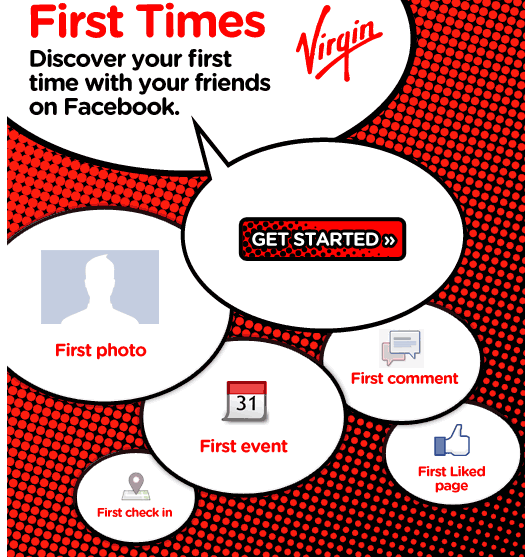 For those of you like me, who have had their Facebook profile for more than six years, it's hard to remember the first interactions you had on the platform and what experiences you shared with some of your friends.

As part of a promotion for a social marathon, hosted by Virgin founder Richard Branson, the Virgin Group has launched an app on Facebook that aggregates and commemorates the "firsts" you had with different friends.

This new app uses the functionality utilized for the upcoming "Timelines" and created a Virgin-themed cartoonish scrapbook page of firsts between two friends.

How does it work

Once you accept the terms and allow Virgin to access you information, you choose one of your Facebook friends to find all the 'firsts' you have on the site together -- from being in the same photo to attending the same event or writing on the others' wall. 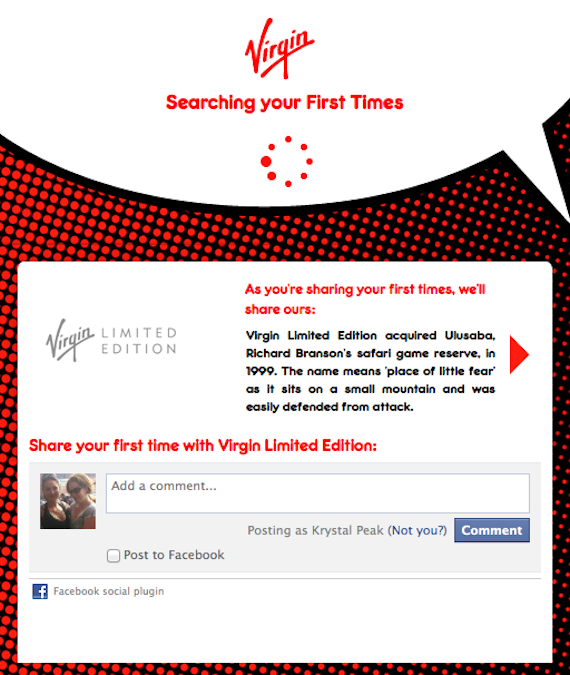 The app will then share a Virgin Group first such as, "In 1997, Virgin Trains introduced the tilting Pendolino trains to UK rail passengers after they spent £1bn on the largest rolling stock order in British history."

You are then able to post the picture on your wall and it will tag and inform the other friend in the picture.

The app allows you to do this with as many friends as you like and gives you the option if you would like to share the results. 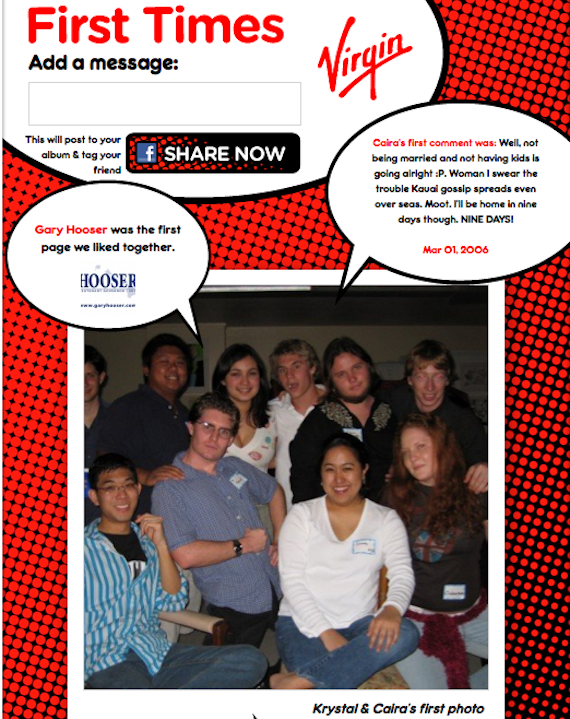 You can also just peruse through Virgin's 40 year history and see anything from when they launched Virgin Atlantic (1984) to this year's launch of Virgin Oceanic (the first solo dive to the bottom of five of the deepest trenches in the world.)

Various parts of Virgin's social media team are going to be out posted in Sydney, London and Los Angeles to promote the company and their Facebook page. Prizes will be given out to Facebook fans up until the culminating moment of the sold out benefit concert Rock the Kasbah, on Wednesday, in Los Angeles for the Eve Branson Foundation and Virgin Unite.

Always the leader in following social media trends, Virgin Group has set up a hashtag #rockthekasbah, a text to donate number and will stream the concert live on the Website.

This First Times app is a great example of creating a promotional app that could gain enough momentum and use to outlast its purpose of garnering attention for a particular event. And with the Facebook TImelines setting coming, who-knows-when, this app is a nice reminder of the changes to come on Facebook.