Get all your preteen drama at Netflix with CW deal 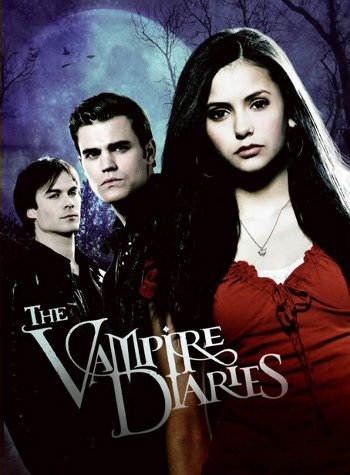 Netflix may have lost a huge chunk of its stock, market cap, subscribers, and dignity, but the online movie rental giant is still wheelin’ and dealin’.  The company announced Thursday that it has sealed a deal with CBS and Warner Bros. to get the streaming rights to programs on the CW Network.

You may be familiar with the CW Network as the channel to which your 12-year-old daughter/niece/sister is hopelessly addicted, with its hunky stars and juicy teen drama on shows like “The Vampire Diaries” and “Gossip Girl.”

The good news is that now you can tell your household 12-year-old girl to take her teen drama to her room with her computer and indulge in isolation with Netflix.  The bad news is that she will likely protest on the grounds that Netflix is only streaming past CW seasons—and that a computer screen does not optimally display the glory that is Ian Somerhalder.  (Shucking journalistic integrity for a second—that guy’s hot.  For reals.)

While the deal is not exclusive (which means CBS and Warner Bros. can make similar streaming deals with Amazon and Hulu), it does give Netflix the digital rights to all future episodes through the 2014-2015 season.  Previous CW seasons will be available for subscribers to stream this month, while episodes airing this year will be available in fall 2012.

The $1 billion deal is a bit of an about-face for Warner Bros.’ parent company Time Warner, whose chief executive, Jeffrey Bewkes, scoffed at Netflix a year ago and likened the company’s overblown potential to “the Albanian army” taking over the world.  It looks like the monetization potential in such a partnership isn’t so silly after all.

The deal comes at the tail end of a string of partnerships Netflix has been forging over the last several weeks, including its most recent deal in which it gained the exclusive rights to AMC’s hit original series “The Walking Dead,” which has broken records for the highest number of viewers in cable TV history.

Additionally, last month, Netflix teamed up with DreamWorks to get the digital rights to a number of its titles.  The deal followed on the Starz pull-out, which took Pixar’s titles with it.

Netflix was not immediately available to comment on how many titles this deal brings its library to, but the company did say in a statement that the deal gives it the streaming rights to 700 hours worth of CW programming.

Will it be enough to get Netflix back on track following its dismal performance this year? Its July price hike followed by the flight of some one million subscribers resulted in the precipitous drop in Netflix’s stock by more than 60%. 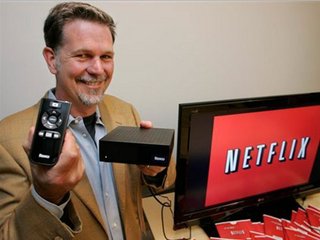 Should Reed Hastings resign from Netflix?