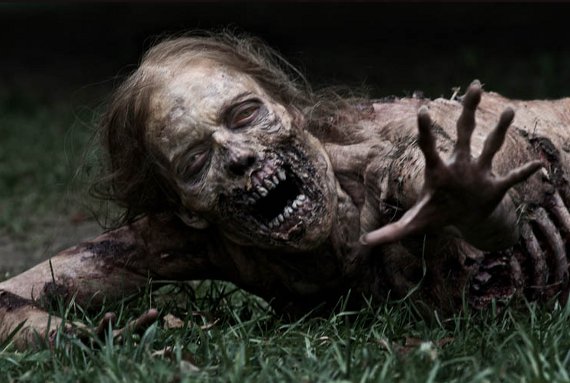 It’s been three weeks since Netflix announced its plans to split off its DVD business and focus on streaming-only titles, and the company’s stock has been lopped nearly in half.  The concern over Netflix’s future is legitimate: the company’s streaming-only platform leaves much to be desired, but it’s not down for the count.  Netflix announced Friday that it has partnered with AMC to make prior seasons of “The Walking Dead” exclusively available on Netflix.

The deal is a multi-year agreement and customers in the U.S. and Canada can begin streaming “The Walking Dead” today.

First off—I have to admit, I’ve never seen “The Walking Dead” (because nobody ever keeps me in the loop on zombie-based original series), but it turns out the show has a huge following.  It debuted in October 2010 and 5.3 million people tuned in to watch the series premier on Halloween night, according to Nielsen.  Over the course of season one, the show averaged 3.5 million viewers between the ages of 18-49, an AMC spokesperson tells me, setting a new record for the most viewers of any drama series in the history of cable TV.

The show follows a group of survivors struggling to stay alive after a zombie apocalypse leaves them stranded and searching for a safe haven.  The second season premiers October 16, and the first season was made available on DVD and Blu-ray earlier this week.

"This agreement supports the cable 'ecosystem' by making our content available to Netflix nearly a year following the linear premiere, it brings our content to a wider audience, and it provides additional revenue to support production of new shows,” said AMC Networks President and CEO Josh Sapan in a statement.

The deal also gives Netflix non-exclusive rights to other programs in the AMC network of AMC, IFC, Sundance Channel, and WE tv.  Other programs that Netflix will be adding to its catalog include IFC’s “The Increasingly Poor Decisions of Todd Margaret” and “Portlandia,” Sundance Channel’s “All On The Line With Joe Zee” and “Girls Who Like Boys Who Like Boys,” and WE tv’s “Bridezillas,” “My Fair Wedding,” and “Braxton Family Values.”

Netflix recently made an exclusive deal with Lionsgate to stream “Mad Men,” another series that airs on AMC, and last month it added fellow AMC series “Breaking Bad” to its digital arsenal.