QWiPS, a social voice platform, announced Monday that it has secured $1.25 million in series A funding led by Shawn Landgraf of Magnus Partners Inc and Allan Watson of NYC Trading Floor, LLC. Other anonymous investors  include  C-level digital advertising, branding and PR executives. 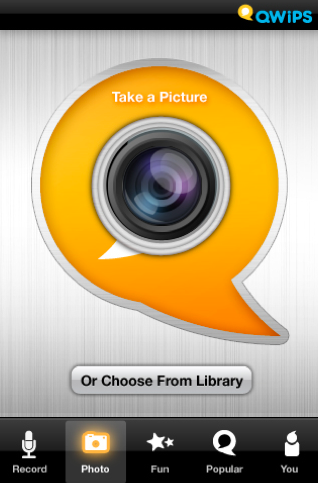 The company, founded in 2010 as "Blurts" before changing its name in September '11, was founded by Jeffrey Stier, now acting President. Stier, as told by Grossman, "saw a void in the way social conversations were carried on."

Grossman said that he "believes that tone and passion are everything and better expresses authenticity in a conversation. An element solely missing in present social Web conversations."

Let's say your girlfriend is in Finland, but you are in San Francisco and you cannot wait until her next visit to propose to her.  You may take a picture of yourself, down on your knee, holding the engagement ring, and attach to it your imploring request for her hand. Pretty nifty.

On the other hand, since a QWiPS recording can last no longer than 30 seconds, which limits what can be said, and shared, you may not want to end a relationship using QWiPS. That would be pretty nasty.

And for marketers looking for new ways to reach an audience, the 30-second voice-recording is a constraint on the depth of a message. Obviously too short to be used for in-depth marketing pitches, or expansive dialogues, but Grossman believes it serves an important purpose, just as it is.

Grossman said, "Voice is the most fundamental way humans socialize and share stories. Evolution built voice into human DNA and QWiPS is building voice into our digital DNA. The social Web binds us together in unique and inextricable ways with family, friends, co-workers, acquaintances and even strangers. Yet, currently the social web is silent. QWiPS is changing that in a powerful way. Our goal is to become the tool of choice for the sharing and personalization of voice on the web." The Android app will be availabe early 2012.

The beta version of the QWiPS app debuted last September during Fashion's Night Out (FNO) in NYC, where several magazine editors, such as Vogue, and top fashion bloggers created PhotoQwips(TM) -- voice captioned photos shared directly from their iPhones and distributed via Fashion's Night Out's Facebook and Twitter pages.

And, OxygenLive!, the women’s-targeted cable network’s online social hub, introduced QWiPS (then Blurts) in 2010 around its hit shows Bad Girls Club Miami and The Glee Project.

QWiPS's voice storytelling utility is already available on the Web, with an iPhone app to be released at the end of this month.

The company is not releasing how many people are presently using the Web service, but Grossman said, "once our iPhone app debuts we're anticipating a lot more interest in the QWiPS platform as the app makes it a really useful and mobile service for taking and sharing photos, etc. with voice captions on the go."

The funding is going to be used for "technological development of the QWiPS platform, broadening the marketing of QWiPS and our technology, and further expanding our current sales and partnership efforts with brands, publishers, and marketers who are looking to easily add voice to their sites and social media campaigns,” concluded Grossman.

For sure, social-voice utilities are generating some interest. Earlier this October, Fotobabble, a comparable service which solely focuses on photos, announced that it had raised $600K in a round of financing. Specifically, Fotobabble's platform lets you edit photos and sync them up with audio.

How far and loud this voice will be heard and catch on, is another story.

Construction firms, property/facilities management organizations, field service companies and may other industries rely heavily on mobile workers to perform work critical to the business.  Managing this work has many problems: inefficient paper-based processes, no access to critical information from the field, cumbersome data collection and reporting. Until now, existing tools and solutions have proven inadequate.

FotoNotes is a mobile and cloud platform for managing work orders/tasks/projects and field data collection including inspections, field reporting and punchlists. 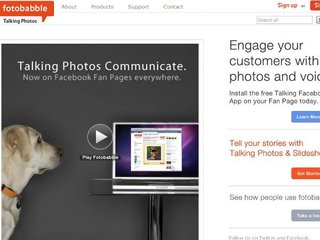