Group messaging application GroupMe announced Thursday that it has acquired “personal relationship management” company Sensobi. Terms of the deal were not disclosed.

Founded by Ajay Kulkarni and Andy Cheung (pictured) in Cambridge, Mass., Sensobi had so far released just one product, Sensobi Contacts, a smart address book for BlackBerry that helps users prioritize and stay on top of important calls and emails. While the duo offered a free version of their app, only the $20 Sensobi Contacts Pro gave access to unlimited contacts, history and calendar.

To celebrate the acquisition, Sensobi Contacts Pro will be made available in BlackBerry’s App World for free, starting next week.

Notably, Kulkami and Cheung had originally founded Sensobi in 2009 as a member of the inaugural class of TechStars Boston. Both co-founders will now be a part of the GroupMe team.

From the GroupMe blog:

When we met Sensobi co-founders Ajay Kulkarni and Andy Cheung several months ago, we realized that we all shared the same vision: to help you stay in touch with your real life social network. This acquisition will allow us to continue good work towards that vision while expanding our presence on BlackBerry.

It's worth noting that GroupMe already offers an app for BlackBerry, but the company likely sees a need to expand rapidly with a rising tide of group messaging startups nipping at its heels. (Not to mention new offerings from big players, like Google Disco.)

Last we looked at GroupMe was in January, when the company had closed a $10.6 million Series B round of financing, following an $850,000 Series A from the year before. Those large cash infusions probably made it easy to pay for the Sensobi acquisition.

GroupMe also announced this week that it has expanded its full-time staff to 17, meaning the small but growing New York startup had to jump from its small shared space in Soho to the Flatiron District, also in lower Manhattan. In fact, they’re still looking to hire several more engineers and one business development intern for the upcoming summer, so it looks like everything’s speeding along nicely. 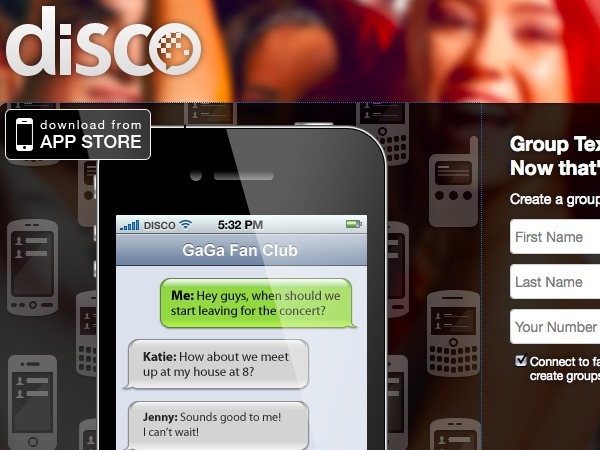