The conclusion to the Google Buzz saga

It's an ending and a beginning for Google, which now faces 20 years of biennial privacy audits

A little over a year after Google released Buzz, the company’s ill-fated attempt to add a social media layer to Gmail, the company has agreed to settle with the FTC for its privacy violations. But this end is only a beginning.

The Federal Trade Commission charged Google Wednesday with employing deceptive tactics when Buzz launched. As part of the settlement, the Mountain View, Calif. company not only must create its own privacy program, but it also faces independent privacy audits once every two years for the next 20 years.

“This is a tough settlement that ensures that Google will honor its commitments to consumers and build strong privacy protections into all of its operations," said Jon Leibowitz, chairman of the FTC, in a statement. “When companies make privacy pledges, they need to honor them."

The whole fiasco first arose in February 2010, when Google made what seemed (at best) an innocuous announcement: Buzz would allow Gmail users to share status updates, links and media with each other socially, and all those items would appear in a Facebook-style (news) feed.

Unfortunately, Google got a little ahead of itself and made the entire program opt-out instead of opt-in. In the weeks that followed, more and more users grew outraged as several privacy holes  came to light, like Buzz’s manner of exposing a user’s contacts without any authorization from the user.

It was a major privacy blunder from a tech titan that should know better, and even the company admits it:

“[W]e don’t always get everything right,” writes Alma Whitten, Director of Privacy, Product & Engineering at Google. “The launch of Google Buzz fell short of our usual standards for transparency and user control—letting our users and Google down. [...] We’d like to apologize again for the mistakes we made with Buzz.”

When you’re a company that collects as much data as Google, however, one would think you’d step a little more lightly.

Just a week ago, Google got slapped with a €100,000 ($140,000) fine for inadvertently collecting data over unsecured wireless connections with its road-mapping Street View cars in Europe. And Google's troubles overseas are not yet over.

Now it’s just a matter of seeing whether these new privacy audits actually keep the company in check, or if they’re just a convenient conclusion to the mess for Google. 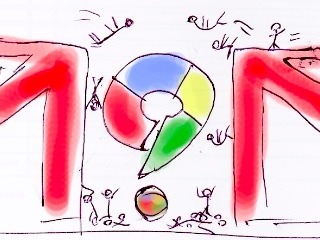