Google, in an effort to bring the ultimate social experience to Gmail, just announced Google Buzz, a social stream directly integrated into Gmail, alongside the user's inbox.

Buzz, launching today with its own tab under "Inbox" on user Gmail accounts, delivers a stream of content similar in structure to Facebook's own news feed, but it actually has much more in common with FriendFeed.

Videos will play right in the stream and photos will open up an elegant photo viewer.

Even more elegant is what happens after a post has entered a stream. In order to cleave the divide between social streams and email, any feedback a user receives on their shared content will appear as a message in the user's inbox. From that message, a user can then see other users commenting and liking the content in real-time, and the user can even respond from that very message in real-time. No separation between email and social stream.

Of course, the biggest problem for any emerging social tool is not how to create an interesting product, but rather, how to get people to start using it.

Google believes it has solved that problem by introducing auto-following. As product manager of Google Buzz Todd Jackson demonstrated when he first logged into Gmail for the first time to demo Google Buzz, the product announced that it had auto-followed over 40 of Jackson's best friends, something Google determined by looking at Jackson's frequency of email and chat conversations with various people. Google has harnessed the power of the immense social network already at work under Gmail to boost Buzz right to the forefront of social media.

On top of everything, users have the option to tell Buzz what kind of content from their followers that interests them. Buzz takes this feedback and, over time, learns to deliver the most interesting content to its users.

Though Buzz is launching today, this is just the very first step for the social product, which may be Google's best effort yet to take up the gauntlet against more-established social sites like Facebook and Twitter. 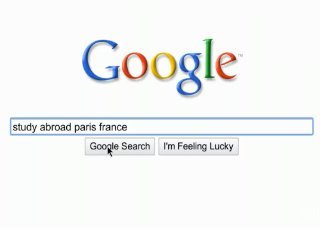