The company is backed by Salesforce and Softbank Holdings

Seesmic, a company that specializes in apps developed to allow businesses to monitor user interaction with their brands on social networks, announced Tuesday a $4 million investment from Salesforce.com and Softbank Holdings.

Salesforce and Softbank Holdings join previous investors Atomico, Omidyar Network, and Wellington Partners, who contributed to Seesmic’s $6 million Series B round of funding in June 2008.  Prior to that, the company raised $6 million in a Series A round led by Jeff Clavier, Michael Arrington, Ron Conway, Steve Case, Atomico Ventures, Mark Pincus, Reid Hoffman, and more in November 2007.

Founded in 2007 as a social video sharing service, the San Francisco-based company has raised $16 million total and has evolved over time to become a social marketing service that works across both PCs and mobile devices like the iPhone, Android, Windows Phone 7, and the Blackberry.

Seesmic has been working closely with Salesforce for the last several months to integrate the Seesmic desktop with Salesforce Chatter, which went live Monday to allow any business to create its own private social network for free.  The collaboration is being touted as the industry’s first social/enterprise collaboration and will allow Salesforce users to follow people, business processes, documents, and application data as they would a friend or group on Facebook or Twitter.

The integration with Seesmic will allow any Salesforce user to instantly see and respond to comments that customers post on Facebook and Twitter from the Seesmic desktop.

"Salesforce.com has become a valued partner as we work together to bridge external and enterprise social communication with Chatter. These investments will enable us to reach more enterprise customers," said Seesmic CEO Loic Le Meur, in a prepared statement.

Since acquiring Twhirl, a desktop Twitter client, in April 2008, Seesmic has been focused on allowing Web users to engage with their communities through social networks.  In January 2010, the company acquired Ping.fm, a service that allows users to publish content on more than 50 different social networks with one click. 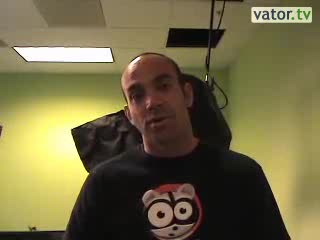