Russia transitioning to Linux in 2012

Russian Prime Minister Vladimir Putin signed an order Monday calling for the federal government to transition from proprietary technologies software to free alternatives. The biggest change, which is slated to begin in the second quarter of 2012, is the move to Linux-based systems.

The order affects all federal agencies and any organizations funded by the federal budget.

Such a move, if truly followed through, would be a huge blow to Microsoft, whose (not free) Windows operating system has for decades served as the go-to product for businesses and governments all over the world. Putin’s order also likely encompasses servers also, which is probably a good thing considering that the most reliable hosting company sites, according to Netcraft, operate under free systems.

A Google translation of Putin’s order reads as follows:

1. Approve the attached plan for the transition of federal executive bodies and agencies of the federal budget for the use of free software for 2011 - 2015 years.

2. Federal executive agencies to implement activities in accordance with the plan approved by this Order, within the established government of the Russian Federation, limiting the size of their staff and budget allocations provided to them in the federal budget execution authority to the specified area of activity.

Microsoft is likely the largest company to suffer from this news, and to add insult to injury, Russia is already one of the most infamous companies for having a high-rate of software piracy, rivaled only by China and other Asian countries. So, while the country’s populace already uses bootlegged Microsoft software, the government is aiming to flat-out reject paid proprietary software.

The Redmond, Wash. giant is already dealing with far-reaching changes here at home, where various businesses, universities, and government institutions, including one of the most important federal agencies, are increasingly adopting the professional Google Docs solution instead of Microsoft’s own offerings. 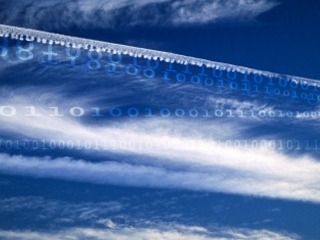