If you thought that whole Go Google campaign would just make a lot of noise, sit vacantly on billboards for a few months, then fade out of existence without making a speck of a difference, think again.

Now, all email and similar Web services for government offices in Los Angeles will be powered by Google's applications.

The City Council's Budget and Finance Committee delayed finalization of the deal because of worries about costs, but those concerns have been put to rest and replaced with newer ones. Los Angeles police officers, the Attorney's Office, and privacy advocates alike have joined in chorus, demanding that the city ensure that government data will be properly protected as it was before. The new deal will move sensitive information into the cloud, away from government-owned computers, which makes some people uneasy about the possibility of a security breach.

If the deal is finalized, this will be one of the largest government victories for Google, and Microsoft might have to start worrying.

Already one of the most powerful collective of online applications for both business and personal use, Google Apps, which includes GMail, Google Calendar, Google Docs, Google Sites, and much more, is well on its way to becoming one of the most used productivity suites on the market. Google has its sights clearly set on dethroning Microsoft Exchange and Lotus Notes, so that it can become king of, not only search, but also the enterprise. 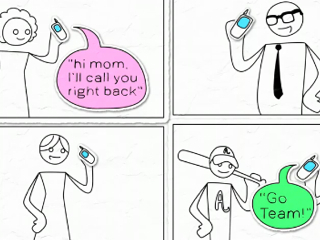