Want to know what it takes to land funding from Sequoia Capital, one of the leading VCs in the Valley, having invested in Google, Yahoo, Zappos, YouTube and Apple, to name a few?

Kevin Hartz, CEO and founder of Eventbrite, who not once but twice raised funds from this august VC, plans to give an in-depth look at what it takes to wow them and how the firm works with entrepreneurs once money is invested. Hartz is one of our three keynote presenters sharing timeless lessons and advice to entrepreneurs at our upcoming Vator Splash.

On Thursday, Sept. 30, Vator is holding its evening event to celebrate entrepreneurship at Cafe du Nord in San Francisco. It's been a crazy couple months, as you can imagine. But I'm excited to say that this event will be one of our best gatherings for a number of reasons, which I will go through.

There are still early-bird tickets left before they go up next Monday, a few days before the event. So, go to our registration page to purchase them now before they bump up.

"VatorSplash is a great event, bringing together entrepreneurs and investors to discuss the latest trends in start-up technologies. Keynote speeches from seasoned entrepreneurs also gives insight into how difficult it can be to build a company, with even the most successful companies having experienced significant mistakes and setbacks.  It’s a great opportunity for startups from all over the country to get access to the Silicon Valley network," said Howard Hartenbaum, venture capitalist at August Capital.

We've had some great entrepreneur speakers during our past events, including Zynga founder and CEO Mark Pincus talk about scaling a business and Zappos CEO Tony Hsieh's standing-ovation speech.

This time around, we've got other superstar entrepreneurs who will once again bring words of wisdom to the crowd.

One of the most sought-after angel/VC investors today is Peter Thiel, who founded Clarium Capital (hedge fund) and Founders Fund (Silicon Valley venture firm). Thiel was one of the first investors in Facebook, having given Mark Zuckerberg $500,000 for a 10% stake in the social network. Rumor has it that Thiel sold "some" of his shares to the tune of $90 million, making his investment one of the best in history, according to David Kirkpatrick, author of "The Facebook Effect." Thiel also was one of the co-founders of PayPal, a legendary startup whose founders and early employees spawned an extraordinary number of leading consumer Internet startups. Max Levchin, CTO and PayPal co-founder, went on to launch Slide, which was sold to Google recently for some $228 million. Levchin was also integral in getting Yelp off the ground, with his early investment of $1 million. Former PayPal CFO Roelof Botha joined Sequoia, which eventually invested in Eventbrite.

As mentioned above, Eventbrite's Hartz is also scheduled to share his lessons about building his companies and raising cash. Eventbrite raised $6.5 million from Sequoia last year. And, prior to Eventbrite, Hartz raised $14.4 million from Sequoia for Xoom, a money transfer firm. It'll be interesting to hear Hartz talk about  what it takes to get one of the most high-profile VC firms to make a bet. Hartz is also a prolific angel investor, having also been part of the PayPal mafia in some way as an early investor. Since then Hartz has invested in a few dozen startups including recent investments in Airbnb, InDinero, and mobile security firm, Lookout. As well as past investments in Geni, Friendster, TripIt, Flixster, Adnectar, Yammer, TokBox, iControl, Boku, Flexilis, Anonymizer, and Trulia.

Dick Costolo is the COO of Twitter. Will Costolo give us an update on how many users Twitter has and how many Tweets they're making daily? Possibly. But we do know that Dick has managed start a company and get to an exit with one of the most respected buyers - Google.  Prior to Twitter, Costolo founded FeedBurner, which was eventually sold to Google for some $100 million.

Feedburner, which was founded in 2004, was one of the first feed management tools online.

Of course, the evening event will also showcase 10 promising startups that will (by then) have gone through two rounds of competition: first, a popular round and second, a judges' round. Currently, the judges' round is in process. But the 10 finalists should know where they stand by Friday. To see all the contestants, you can check out the online competition.

We look forward to highlighting these companies as often they become amazing startups to keep an eye on. Udemy won our last Vator Splash (May) and in August raised $1 million in funding.

Finally, what's an evening event without entertainment? Don't forget that the night is topped off with venture capitalists and startup executives who are all business during the day, and rock stars by night. This is not just any old band. The band members consist of Mayfield VC Raj Kapoor, Norwest VC Tim Chang, Blippy founder Phil Kaplan, Ethan Beard, director of business development at Facebook, and Prashant Fuloria, manager of monetization products at Facebook.

Hope to see you at Splash! 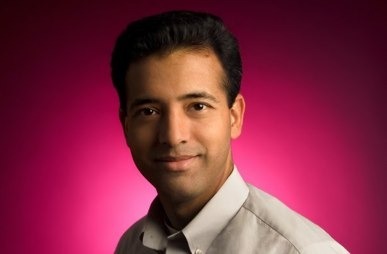