If you read the headlines this morning, you might think The GooglePad is coming soon.

Google, Verizon in Talks About a Rival to Apple's iPad

There's a big dollop of yellow in that journalism.

The truth is there is no GooglePad in the works. Verizon will carry Android tablets just like it carries Android phones. That's much different from suggesting Google is developing an iPad rival.

Here are the facts: Verizon and Google were in talks about how to bring phones to market (an important discussion to have, given this embarrassing episode), and Verizon's future tablets came up in the conversation. "What do we think the next big wave of opportunities are?" Verizon Wireless CEO Lowell McAdam said in an interview with The Wall Street Journal. "We're working on tablets together, for example. We're looking at all the things Google has in its archives that we could put on a tablet to make it a great experience."

That "working on tablets together," in context, means Verizon is looking at Google's toolbox, and discussing the marketing strategy with Mountain View. It does not mean the GooglePad cometh. The GooglePad should never and will never cometh.

What Google offers the new tablet industry is Android, an open operating system than ANY device maker can use. Whatever Verizon ends up offering, it will not be THE GooglePad. It will be one of many tablets running Android, manufactured by one of many handset makers using Android, running on one of many telecoms carrying Android pads.

The confusion is understandable. Once upon a time, Google tried to create the appearance of THE Google Phone, a carrier-agnostic device with an exclusive aura of Googleness. It sold the Nexus One on its own site (google.com/phone) and promised that various telecoms would soon be lining up to carry it. But it was a flop. The device ended up being carrier-centric (T-Mobile) as others (Verizon, Sprint) opted out in light of unimpressive sales. Google learned its lesson. There will be no Nexus Two, no GPad.

To the company's credit, their people tried to explain this to the press ahead of Wednesday morning's stories:

"Google has nothing to announce at this time," the company said in an e-mailed statement to Bloomberg. “Anyone can take the Android platform and add code or download it to create a mobile device without restrictions,” the company said. “We look forward to seeing what contributions are made and how an open platform spurs innovation.”

While Google wants to distance itself from the GPad notion, however, Verizon has an interest in fueling a little confusion here. It needs to catch up with AT&T in the tablet industry. Ma Bell runs the iPad and the Kindle, the sector's two pioneers. Convincing some folks that Big Red is the premier Android dealer would help the mojo.

While Verizon's entrance into the tablet space would likely warm many consumers' hearts (the carrier is widely percieved as having more reliable coverage, at least in the Silicon-Valley-centric tech blogosphere) its entrance could actually come at a cost to consumers.The Kindle's data connection costs zilch, and the iPad's optional plan is a mere $14.99. I think that's artificially low, a deal AT&T agreed to in exchange for branding exclusivity. McAdam seems to think so, too. "With multiple devices, customers are likely to end up paying more for connecting their gadgets to the next-generation network than they do today," he told the WSJ.

[image: a 1080p, 4G tablet developed by Verizon and NVIDIA with a Motorola model, showcased at CES in January] 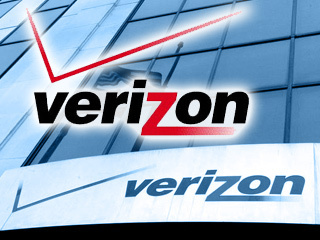 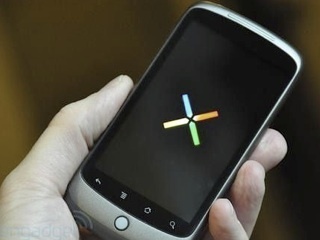