How does that 3G feel on your smartphone? Pretty fast, right? Well, I bet it doesn’t feel anywhere near as fast as the network speeds on Jeffrey Nelson’s tester phones today.

About two hours ago, Nelson, the self-described Verizon Wireless PR guy, uninhibitedly and without hesitation, made a pretty clear tweet that the service provider is undergoing its first tests of the 4G LTE (Long-Term Evolution) network: “Hmm. When will Verizon Wireless and our valued partners conduct the first LTE data calls? Not a slow summer Friday I hope.”

It seems as he’s in quite the 4G mood today. About a half an hour ago, he tweeted, “Thinking nice things about Alcatel-Lucent and Ericsson,” in response to recent reports that Ericsson CTO Hakan Eriksson has said that WiMax will lose the network war against LTE, just as Betamax lost against VHS so long ago.

Early this year, Verizon announced that it would make its LTE network available—first to laptop users—by the end of 2009, with expansions to smartphones coming in the following two years, according to a report on InfoWorld. With these tests already underway (and in plain sight of the public), it would appear that the wireless provider is on schedule.

With other service providers aggressively pushing their 4G launch dates forward, this is looking to be an intense fight between major providers over dominance in the smartphone market in the United States.

We reported, at the end of last month, that Sprint was already losing its Palm Pre exclusivity, less than two months after the Pre’s release in early June. Verizon will be carrying the Palm Pre by early next year, but probably on the 3G network.

At the same time, most are aware that the exclusive agreement between AT&T and the Apple iPhone will likewise be terminating sometime next year. Since both Apple and Palm are probably already working on 4G-enabled smartphones as exclusivity agreements expire left and right, there’s no telling who, if anybody, will be tied to which network.

Could we see a Verizon iPhone on 4G by next year? Maybe, but right now that’s up in the air. 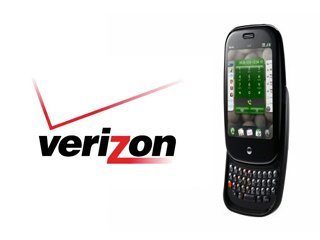