Search giant taking a step into online file sharing space, adds up to 1GB of storage to Google Docs

Google announced on Tuesday an exciting new feature which should make all of us Google Apps users pretty happy.  The company will be providing all of its users the ability to upload up to 1GB worth of data/files to its servers.

From the Google blog, "Over the next couple of weeks, we are rolling out the ability for Google Apps users to easily upload and securely share any type of file internally and externally using Google Docs. You get 1 GB of storage per user, and you can upload files up to 250 MB in size."

This feature should appeal to anybody doing work and sharing files on the Web.  For example, here at Vator we're constantly sharing logo's, pieces of b-roll for videos, screenshots and many other types of image files with one another.  Sometimes we simply email them, but other times the files are too large to attach via Gmail, so we need to upload them somewhere.  With this new feature, that shouldn't be a problem anymore, unless the file is of course over 1 GB.

Eliminating the need for a thumb drive?  Google thinks so - according to its blog, "Now accessing your work files doesn't require a connection to your internal office network. Nor do you need to email files to yourself, carry around a thumbdrive, or use a company network drive – you can access your files using Google Docs from any web-enabled computer."

I guess you could argue- what if there is no Internet connection available?  But that case seems to become rarer everyday.

And if 1 GB isn't enough space for you, Google is also launching a premium edition of its service called Google Apps Premier Edition which will let users purchase additional storage for $3.50/GB/year.

So Google Docs will now function as a universal file repository, putting up some competition to startup companies like Box.net and Drop.io. 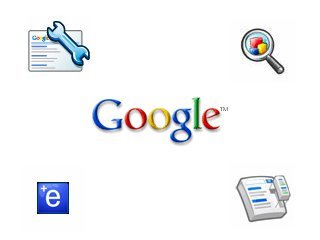