There is no such thing as vision. Just keep failing enough, never giving up, and eventually...

"Vision is great, especially when you can do it with 20/20 hindsight," said entrepreneur-turned-venture capitalist Vinod Khosla, who last night received a Visionary Award, an honor bestowed annually to industry leaders who've pioneered innovation. The award was given by the SDForum, a leading Silicon Valley non-profit organization.

Khosla, whom I met while he was a partner at blue-chip venture firm Kleiner Perkins, co-founded Sun Microsystems back in the 80's, upon graudating Standford University. In 2004, Khosla founded Khosla Ventures.

In 1986, Khosla was asked about his vision for Sun Microsystems. He responded by suggesting that having vision is as much as about being lucky. "The best  thing to do to have vision is to pray to Lady Luck because frankly, you never know vision when you see it. And, I still don't really believe in vision."

Khosla's speech was short, sweet and humble. It was under four minutes long, about half the time of the other speeches. For anyone who wants to hear an inspiring and motivational speech about how to succeed as an entrepreneur, this is it. The takeaway is that vision isn't something you have, it's something that comes to you in time.

"I still don’t believe in vision. I believe in bumbling around long enough to not give up on things. Eventually, when success comes your way because you've failed in every possible way, and the only way that’s left is the one successful way. And, always for those of you who are entrepreneurs, it seems to come last.

"This bumbling around is to me what vision is about. It’s the best way to be a visionary. You just keep failing enough, and not giving up." 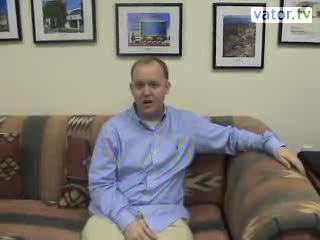 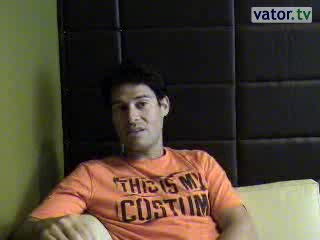 Richard Rosenblatt on not giving up