Another startup hoping to capitalize on the online gaming boom, and hoping to be a leading provider of news, information and community site for serious video gamers is Crispy Gamer, a startup created by former Googler - Chris Heldman, who was head of entertainment and media at the search engine. (See Heldman's interview segment for Lessons learned.)

As Heldman said in his Vator video pitch, 97% of teenagers play video games. Crispy Gamer has raised $8.25 million in funding from Constellation Ventures and company founders, according to Crispy Gamers' Vator profile.

In this segment, we brought in Richard Jalichandra, CEO of Technorati and former executive at gaming site IGN. Who better to analyze the industry, than Jalichandra, who spent a good deal of time at IGN scouring the Web for gaming acquisitions.

Here are some highlights, observations and feedback for Crispy Gamer:

- Heldman does a nice job presenting the company's value proposition. His pitch was obviously an impromptu one without any pre-planning, noted Roizen. So, given this fact, he managed to provide a nice overview. Jalichandra, however, would have liked Heldman to share more about how the company plans to compete with the online gaming giants, such as IGN and Game Spot.

- The industry continues to evolve with new players managing to capture mind share. Crispy Gamer is focused on video gaming and information and news, which can work in its favor as other gaming-focused companies pursue other means to address online gaming demands. One notable upstart is Zynga, which creates game apps for social networks.

- There has been reasonable exits in the online gaming space. Notably Xfire, which creates tools to connect online game players, was acquired by Viacom in 2006, for $102 million in cash. UGO was bought by Hearst for $100 million in 2007. That said, the M&A environment for gaming (like most categories) has slowed down significantly.

- Crispy Gamer's editors appear to have a strong following. Within the gaming industry, they're "minor celebrties," noted Jalichandra.

- Crispy Gamer does not currently accept advertising from game publishers. It does this to maintain editorial integrity in its reviews. But this is a strategy the company will likely change as online gaming is a $20 billion industry and focusing on the endemic advertisers will be a mistake. Moreover, gamers most likely are interested in not only reading about games but buying them too. Crispy Gamer would be wise to leverage its understanding of gamers likes and dislikes by giving them the option to buy games directly from their site.

- Crispy Gamer is pursuing distribution deals with content sites, such as Brash. The company should also consider targeting female sites, as women also make up a significant portion of the onilne gaming enthusiast.

- Crispy Gamer should work on an SEO strategy whereby it partners with multiple sites to get links back to its reviews. If high on the search results, they'll become seen as a credible source for gaming reviews.

(Note: We're not experts. So, we do welcome feedback, criticism and comments, particularly from Crispy Gamer and those in the industry. We just want to start a dialogue.)

Crispy Gamer is the largest independent game media company providing news, information and cutting-edge community for serious gamers. It is the only place where gamers and experts come together to form critical opinions and share essential information around their passion for games. 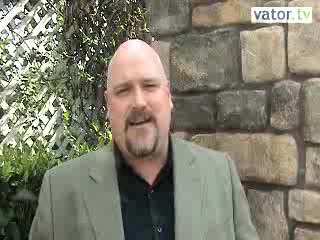 Lessons about launching too soon