Court documents confirm a 5-year exclusivity deal. A change is possible, but unlikely.

Got an iPhone? Love the coverage? You're pretty much alone.

Many iPhone users will be disappointed to discover that Apple definitely entered into a 5-year exclusivity deal with AT&T in 2007, when the first iPhone hit the market. Though the USA Today reported a 5-year deal, the number had never been corroborated by an outside source, and most folks in the tech world assumed they might well have other carrier options after the two-year subscription was up.

But court documents that have gone overlooked since 2008 prove there was a deal for 5 years of exclusivity. The duo had been sued for creating a monopoly on iPhone service, deceiving customers by saying the AT&T contract was for two years, when in fact, all users would be compelled to resubscribe with AT&T for an additional three years if they wanted to continue using the phone. In arguing its case, Apple clearly confirms the 5-year deal:

"The duration of the exclusive Apple-[AT&T] agreement was not 'secret' either. The [plaintiff] quotes a May 21, 2007 USA Today article – published over a month before the iPhone's release – stating, "AT&T has exclusive U.S. distribution rights for five years-an eternity in the go-go cellphone world."
...
"[T]here was widespread disclosure of [AT&T's] five-year exclusivity and no suggestion by Apple or anyone else that iPhones would become unlocked after two years... Moreover, it is sheer speculation – and illogical – that failing to disclose the five-year exclusivity term would produce monopoly power..."

Interesting that Apple dubbed the USA Today as the chosen recipient of this information, and not, say, the WSJ or the NYT. Perhaps Apple was covering its behind by publisizing the deal in a single publication of sufficient, but not too much, credibility.

It is possible for the contract to be changed, for example in light of the widespread complaints about coverage, or perhaps during the negotiations over the iPad deal. Whether iPhone users are in fact locked into AT&T until 2012 is not completely a foregone conclusion, but it's looking pretty likely. 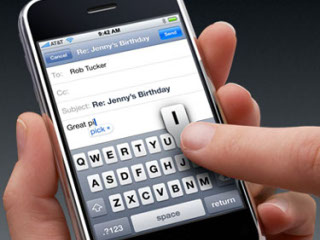