Steve Jobs' timing has so far been impeccable when dealing with iPhone service provider AT&T.

When the first version of the device came out, Jobs opted to share AT&T's wireless data revenue rather than take the subsidies that most phone makers receive to keep the cost of their handsets down.

Jobs figured that smart phone fans and Apple addicts would pay whatever it took to be among the first to get their hands on the device.

He was right. And even though many grumbled loud enough to force Apple into some discounting, the company received fat margins on those early sales.

The addiction was stoked by those early adopters, and the iPhone phenomenon was on its way.

With the second version of the phone, Jobs reversed course and agreed to the subsidies. That brought the price down and made the device attractive to a whole other set of buyers -- just in time to take advantage of the App Store.

When AT&T announced earnings this week, we found out just how much Apple got in just one quarter -- $900 million. The amount was enough to make iPhone revenue more than a third of Apple's overall sales.

The payout was startling enough to push down AT&T's stock price even though their wireless revenue is soaring and their net income was higher than a year earlier.

From his first dealings with AT&T, when Jobs convinced them to be the exclusive carrier even without having any input on the device's design, Apple's CEO has flipped the usual power relationship which saw carriers dictating terms to phone makers.

Because of how much iPhone buyers use the device to surf the Web, Jobs may have traded some revenue in the long run by taking the subsidies over the share of data revenue.

But that opportunity cost won't be paid for another year or two. In the meantime, Apple is going to get huge cash payments -- at a time when cash is king -- that it can use to plow back into development of the iPhone -- or any other Apple products.

And as even more iPhones are sold, those cash payment could generate $3 - $5 billion in revenue over the next few years.

That's a huge advantage now that Google Android phones have joined the smart phone fray, and where other players like Research in Motion have seen their profits come under pressure as they ramp up spending to come up with a better alternative to the iPhone.

While handset king Nokia has the deep pockets and the global market share to go  toe-to-toe with the iPhone, players between Apple and the Finnish giant may be hard pressed to stave of market share losses.

We won't know for sure until Apple reports results in January, after the key holiday season in the U.S. and after a full quarter of results that will reflect sales of the new iPhone in overseas markets.

Given the popularity of the App Store, the iPhone momentum and Apple's new cash cow courtesy of AT&T, Jobs is holding a strong hand as he tries to expand the device's market share. 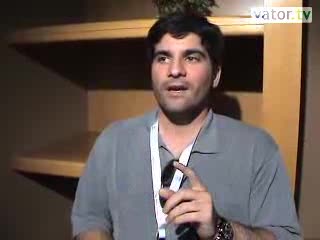