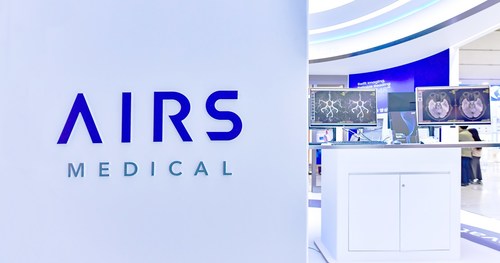 The first MRI was successfully performed on a patient in July 1977, and while the technology is fairly standard now, with millions of MRI scans done annually in the United States for the last 40 years, neiter the hardware, not the software, has changed much in that time.

Of course, there are some companies looking to finally bring MRIs up to speed, including Promaxo, HeartVista, and AIRS Medical, a South Korean startup that has developed deep learning MR image reconstruction technology.

On Friday, the latter company announced that it raised approximately $20 million in Series B funding from new investors Q Capital Partners and Hanwha Life and along with existing investor Klim Ventures.

Co-founded by graduates of Seoul National University in October 2018, AIRS Medical's technology, called SwiftMR, is an AI-powered MRI reconstruction software that enhances MR images so that there's a higher level of data accuracy and a better patient experience.

The MRI is done using the radiologist's existing scanner, after which they are sent to SwiftMR, which uses deep learning engines, trained with high-quality images, to enhance low-quality images. The software communicates directly and automatically with the institution’s Picture Archiving and Communication System (PACS).

SwiftMR launched in Korea in the fourth quarter of 2021, and it has so far been used for a total of more than 130,000 MRI exams, an average of 30,000 MRI exams per month. In 2021, the software was approved by both the Korea Ministry of Food and Drug Safety (MFDS) and the FDA.

In addition to its MRI the company has also begun expanding into new areas of healthcare, including venipuncture. Through its acquisition of artiQ, an AI- and robotics-based startup, in March 2022, AIRS Medical added in-vitro diagnostics to its technology portfolio, including an venipuncture automation product called aiiv.

Now that it has this new funding, AIRS Medical plans to bring its software to other parts of the world outside of Korea, including the United States, Europe, Southeast Asia, and South America.

"We believe we can transform the healthcare ecosystem by solving the current dependency on analog machines by replacing them with data-driven medicine," Hye-seong Lee, CEO of AIRS Medical, said in a statement.

"Through the Series B funding we've secured, we will be taking our innovative diagnostic solutions to the global market."

Going forward, AIRS Medical says that it will aims to use its technology and clinical expertise to "introduce consecutive diagnostic test solutions that innovate the cost structure of the medical industry." 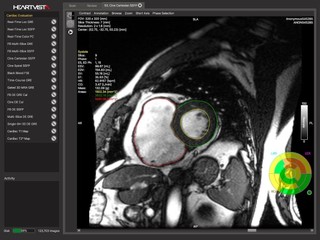