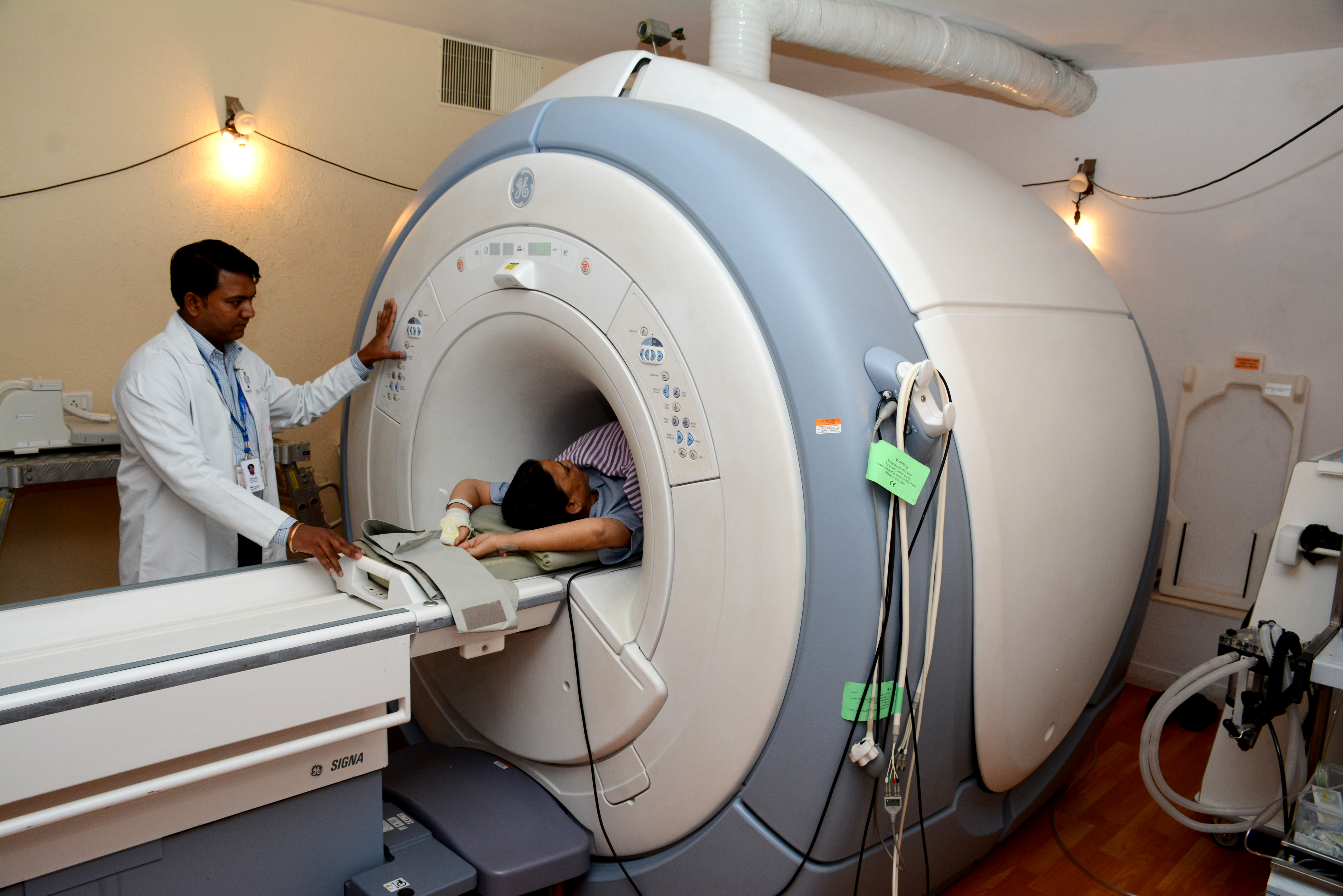 When the average person thinks of an MRI, they probably have visions of being strapped on their back to a gurney as they slowly get swallowed up by a giant tube. It’s not the most enjoyable experience yet it hasn’t changed all that much since the first MRI was successfully performed on a patient in July 1977.

Despite the millions of MRI scans done annually in the United States for the last 40 years, the basic hardware remains big, bulky and energy-inefficient. Do we really need this massive hardware to scan our entire body if we only need to view specific bones, tissues and organs? Moreover, given the vision that an MRI provides, shouldn’t they also be used for guided procedures. Yes to both questions.

That’s the vision of Promaxo. The Oakland-based startup is bringing the MRI to the 21st century by reducing its footprint, thereby enabling its use in a specialists’ office. Not only is the machine smaller and less expensive, it doesn’t require the patient to be put inside and most importantly, it becomes far more accessible to patients, who often have to wait weeks to schedule an appointment to get one done.

Promaxo is one of the many companies collapsing the time between the point of care and critical screenings, a significant macro tailwind working to the benefit of all patients. But it’s one of the few, if any, bringing the MRI screening to a doctor’s office, and equipping it with functionality to execute far more efficient treatments.

The evolution of the MRI

MRI (magnetic resonance imaging) machines are essentially giant magnets that use magnetic waves and radiofrequency currents to produce images of organs and tissues, unlike X-rays and CT scans, which use radiation.

Each MRI scanner has a field strength based on the size of the magnet. Field strengths, which are measured in tesla - a unit of magnetic induction, normally vary between 0.2 and 3 tesla. MRI innovation has largely focused on increasing the field strength. In 2017, the FDA approved the first 7T MRI machine. Higher field strength typically leads to better image quality.

“One aspect of MRI that’s improved a lot is higher field strength that is safe for human usage,” said Amit Vohra, co-founder, President and CEO at Promaxo. “Another big innovation has been to combine MRI with other imaging modalities such as PET to create these new hybrid imagers. Hybrid imaging is another pathway that the larger players are on to upsell their MRIs from $1 million per tesla for a standard MRI to upwards of $10 million to utilize a combination of MRI and PET images.”

It is demand for these new imaging modalities and high-quality images that’s driven the MRI market. But increasingly, there’s a need for advances in the hardware itself.

The market for MRIs is estimated to hit $9.1 billion in 2022, up from $6.6 billion a couple years ago, fueled in part by a growing elderly population and demand for improvements in the hardware.

“In the last five to 10 years, with extensive computing power now available, we’ve been able to create a breakthrough on the hardware, making it small enough to go inside a doctor’s office,” he said. “Importantly, the field strength is lower, thereby eliminating the risk of accidentally attracting metallic objects.” This is known as the “missile-effect.”

Despite the field strength being lower, the image quality hasn’t been compromised due to advances in technology, “such as nonlinear reconstruction, that compensate for the field non-uniformity inherent in our low-field magnet design,” Vohra explained. In simpler terms, these advances are akin to a smartphone’s pixel density increasing, which leads to improved image quality.

The result is Promaxo’s MRI device is smaller, with a lower field strength that produces comparable-to-better images to traditional MRI, but at a far lower price point.

Putting an MRI in a doctor’s office

Promaxo is still fairly early on in the development of its technology, so it has begun exploring the use of its platform in the offices of two specific fields: urology and sports medicine, even though the brain would have actually been an easier organ to target first.

“There’s a lot of research on the brain, so you could leverage all that research and be much further along in development,” said Vohra. “Compare this to the placement of the prostate organ and the tissue around the prostate. Even with conventional MRIs, prostate scans have been one of the toughest to do. Most radiologists are not even trained on prostate MRIs.”

So, if the prostate is such a difficult area to go after, why start there? Partially, it’s because of the ubiquity of MRI scans on the brain (almost a quarter of all MRIs done in the world are done on the brain right now), and brain MRIs being performed in hospital setting.

Urologists and orthopedists, however, would see a major benefit from having access to their own MRI machines, which they couldn’t have had when they were giant, bulky pieces of hardware that attract every piece of metal in an office, which is why MRI machines have always required its own room. With Promaxo’s MRI machine, they can finally do MRI scans in-office.

“There are about 12,000 board accredited urologists as specialists in the U.S. out of which almost 8,000 work for practices and community settings. And no one is in the market providing this service to them. It is a beachhead market so we don't have to go after hospitals,” Vohra explained.

Putting an MRI directly into a doctor’s office also means that these doctors can service the patient themselves. Doing an MRI right at that point of care saves time and money.

“We can create a seamless process where a patient comes in, you perform an MRI right on them in-office, and within a day or two you could perform a biopsy if you need to, and then you can provide instant diagnosis,” said Vohra.

Promaxo is starting small, literally, given the actual size of the prostate. But the company has much bigger plans.

“Orthopedics and sports medicine market is openly available. Breast oncologists are also extremely keen on implementing live procedures with an MRI as well. And once we’ve established a couple of these markets then the hospital networks become attractive,” said Vohra.

The big value proposition for hospitals, beyond just the ease and portability of Promaxo’s device, is the company’s future plans to develop robots that can allow procedures to happen alongside MRIs. Remember, this isn’t possible with conventional MRIs because the magnetic field is too strong, and could easily do harm to people by having things flying at the machine; since Promoxo’s field is much smaller, and it doesn’t have this problem, it can add on all of these additional features that traditional MRI machines can’t do safely.

“Because our field strength on the MRI side is extremely low compared to conventional MRI, we can bring conventional robotic motors and shafts close to our MRI without having any safety issues. This allows us to then guide the robot under a live MRI,” Vohra explained. “The goal would be that, once an MRI is being performed on a patient, you could, potentially, perform a live biopsy on that MR or even an intervention, whether it’s a radiation treatment or even conventional robotics treatment as well,” Vohra explained. “This is probably the biggest value proposition we have, MRI for guided procedures.”

We are living in a world in which approximation isn’t sufficient enough when conducting procedures, especially if we can have increasingly better vision of the organs and tissues inside our bodies. It’s hard to know when that time will come when MRIs give us that sight or when they become ubiquitous across specialists’ offices.

But one thing is for certain, it would certainly be revolutionary and life changing.

The impact of COVID isolation on LGBTQ+ and ethnic minorities 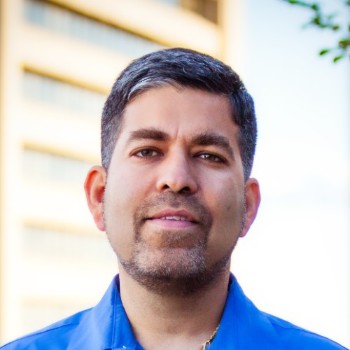