Biden vs Trump: the candidates go after each other on healthcare during the debate

The two fought over topics like the Affordable Care Act, prescription drug prices and COVID 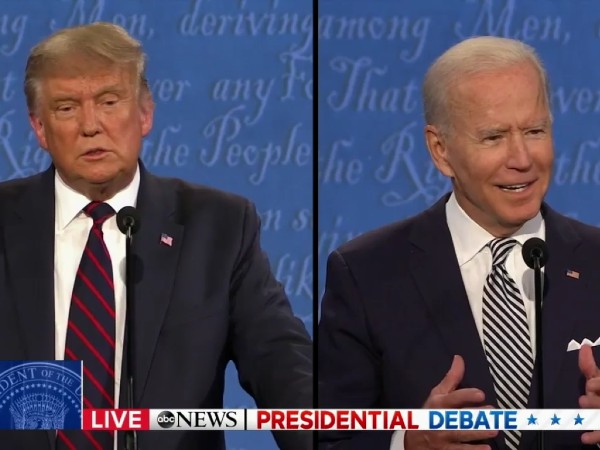 Tuesday was the first of three debates between Joe Biden and Donald Trump and it was... not great. As one pundit put it, it was "the worst presidential debate I’ve ever seen in my life."  So, yeah, there wasn't much substance in the 90 minutes, which features two candidates continuously talking over each other and personally insulting each other.

Still, while the debate was often contentious, there were still some decent points that both of them made about the issues, including healthcare.

Vator, UCSF and HP are holding the Healthcare in Politics salon on October 7 (get tickets here), where we will have healthcare industry executives, policy makers and investors coming together to discuss some of the most pertinent questions in healthcare right now, including the differences and overlaps in healthcare policy initiatives from Trump and Biden. So, the debate was still somewhat illuminating in that respect.

The topic of healthcare came up pretty early on, as the first question was about the Supreme Court, with moderator Chris Wallace asking about whether or not Ruth Bader Ginsburg's replacement should be decided now or by the next president.

Trump went first, and talked about how he had the right to choose Amy Coney Barrett because he has the votes in the Senate. When Biden answered, though, he brought up some of the potential decisions that Barrett could rule on, specifically around healthcare.

"I’m not opposed to the justice, she seems like a very fine person. But she’s written, before she went on the bench, which is her right, that she thinks the Affordable Care Act is not constitutional."

Striking down the ACA, he noted, would especially affect women, including potentially making them pay more because of preexisting conditions, such as pregnancy.

"There are 100 million people who have preexisting conditions, and they'll be taken away as well. The insurance companies are going to love this. So, it’s just not appropriate to do this before this election."

Trump doubted Biden's numbers about the numbers of preexisting conditions (note: CMS puts the number at between 50 to 129 million) and reiterated that he has the right as president to choose a new justice because he's still in office, to which Biden retorted that "the election has already started." Trump then accused Biden of wanting to take healthcare away from 180 million people who have private healthcare, to which, Biden responded, "that’s simply not true."

"What I proposed is that we expand Obamacare and we increase it," said Biden. "One of the big debates we had, with 23 of my colleagues trying to win the nomination that I won, they we're saying that Biden wanted to allow people to have private insurance, and they can, they do, they will, under my proposal."

"Your party wants to go socialist medicine and socialist health care, and they’re gonna dominate you," Trump said to Biden, to which he responded, "I am the Democratic party right now. The platform of the Democratic Party is what I, in fact, approved of."

"By the way, the 200,000 people that have died on his watch, how many of those have survived? Well, there's 7 million people who contracted COVID. What does it mean for them going forward if you strike down the Affordable Care Act?"

To that, Trump said that if Biden was president it would have been 2 million people dead, not 200,000.

Wallace then asked Trump what he would replace the Affordable Care Act with if it were to be struck down by the Supreme Court, and it got a little heated between them.

"The individual mandate was the most unpopular aspect of Obamacare, I got rid of it, and we will protect people with preexisting conditions," said Trump.

Wallace reiterated his question about what Trump's "comprehensive plan" for healthcare is.

"My question, sir, is what is the Trump health care plan?"

"I'm cutting drug prices, I'm going with favored nations, which no president has the courage to do because you're going against big pharma. Drug prices will be coming down 80 or 90 percent," Trump responded, turning to Biden and saying, "You could have done it during your 47 year period in government, but you didn't do it."

"I'll give you an example: insulin. It was destroying families, destroying people. I'm getting it for so cheap, it's like water, you want to know the truth. So cheap. Take a look at all of the drugs, prescription drug prices, we're going to allow our governors now to go to other countries to buy drugs because they pay just a tiny fraction of what we do. This is big stuff."

Wallace then asked Biden about adding a public option to Obamacare, noting that the Republican argument is that that will end private insurance, to which Biden responded that it would only be for people who are so poor they qualify for Medicaid.

"They can get that free in most states, except governors who want to deny people who are poor Medicaid. Anyone who qualifies for Medicaid would automatically be enrolled in the public option. The vast majority of people would still not be in that option," he said. 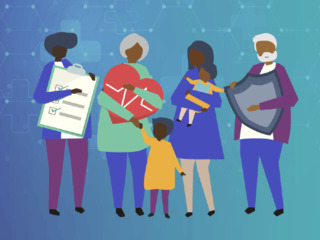 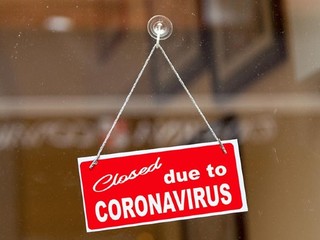 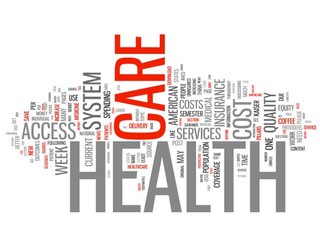 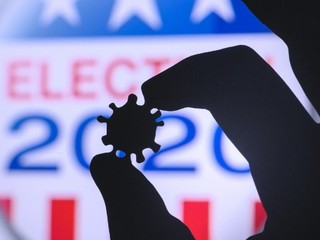 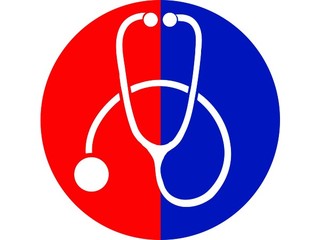 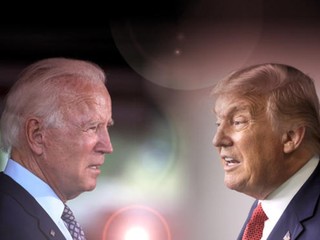