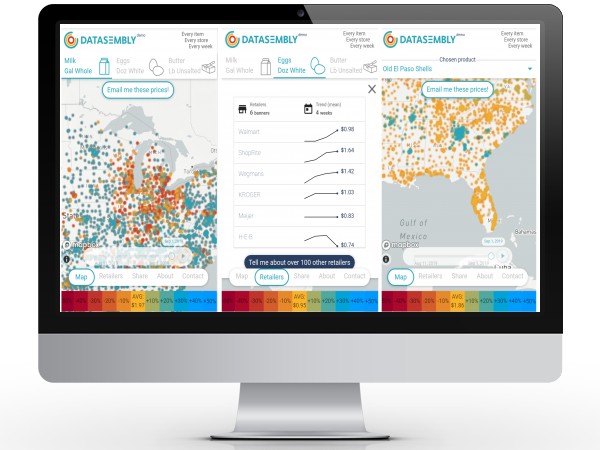 Retailers face a lot of problems when it comes to pricing consumer goods, especially as things change so quickly nowadays, leaving grocers and CPGs without a good way to track marketplace dynamics. And those problems have only gotten worse since COVID threw everything into turmoil.

"The legacy systems for collecting and processing this information, including sending people physically into stores to walk up and down the aisles with clipboards collecting a tiny sample of data, are woefully insufficient to make data-driven decisions in today’s world," Ben Reich, CEO and co-Founder at Datasembly told me. Datasembly is a company that collects pricing, promotion, and assortment data from across the web in real-time, making it easier for retailers to price their goods.

"COVID has caused a major increase in volatility in the marketplace. Prices and assortment are changing at a pace never before seen in the industry. This makes Datasembly’s data and tools more valuable than ever for retailers and CPGs in the space."

On Monday, the company announced that it raised a $10.3 million series A round led by Craft Ventures with participation from Valor Siren Ventures. Along with the funding, it was also announced that David Sacks, former COO of PayPal and founder of Yammer, as well as the co-founder of Craft Ventures, will be joining the board of directors at Datasembly.

"Datasembly is thrilled to have David Sacks of Craft Ventures joining Datasembly’s board of directors. He joins our excellent investors from Valor Siren Ventures, Launch Capital, Forefront Venture Partners, and many others," said Reich.

The new funding, which brings the company's total raised to $11.8 million, will go toward building out the Datasembly team, while also "continuing to focus on our core technology solutions, as well as our sales and marketing efforts."

The Washington D.C.-based Datasembly is now collecting billions of product observations a day, which retailers and CPGs can them use to track their products, as well as those of their competitors. The company provides its customers with tools, dashboards, alerts, and visualizations.

"Click-and-collect and local delivery services offered by retailers across the country have exposed an incredible amount of information to the consumer. Harvesting this data from across the web comprehensively is a major technology problem. Datasembly’s data-collection system was built from the ground up to address this problem," Reich explained.

"Our customers need hyperlocal, real-time information to drive countless decisions including when and how to promote products, which new items to carry, how to invest trade-marketing budgets, and how to respond to competitive prices."

Datasembly works with many retailers and CPGs, including two of the top five grocers, and three of the top 10 CPGs, in the country, who have seem millions of dollars in ROI by leveraging the company's tools and data. Valor Siren Ventures, one of its company's new investors, was started with an anchor investment of $100 million from Starbucks and additional funding from other CPGs and Retailers.

"We’re delighted that three of those funders were already clients of Datasembly," said Reich.

The ultimate vision for the company, he explained, "is total transparency for every product being sold anywhere."

"The market is incredibly inefficient due to obfuscated and hidden information, and Datasembly is the solution to remove these inefficiencies." 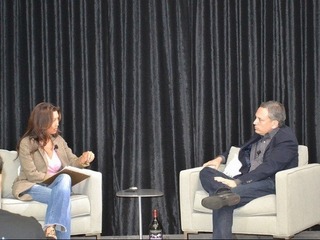