Punchh raises $40M to give AI analytics to physical retailers 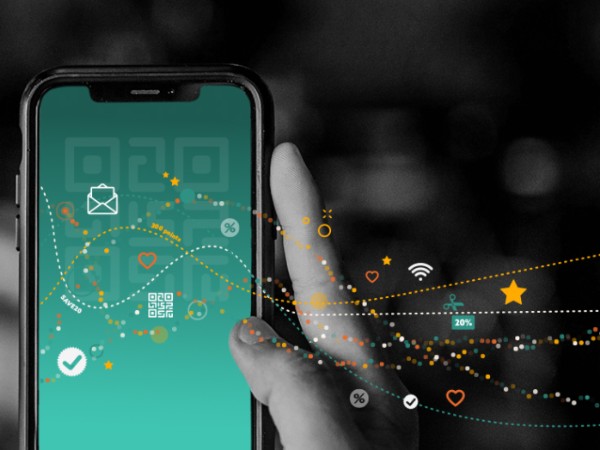 Online shopping has one big, seemingly insurmountable advantage over brick and mortar retailer: those companies can gather real-time data and analytics on their customers. They know who the customer is, they have their home address, they have their credit card information, and they can use that data to make personalized recommendations for each customer.

Needless to say, that creates a better experience than shoppers can most brick and mortar stores can provide. The only way for physical retailers to compete in this new world is to have that same information, and those same capabilities; Punchh is the company that gives it to them, using artificial intelligence to provide technology infrastructure and data-driven analytics for retail brick and mortar stores.

The company announced on Thursday that it raised $40 million in Series C funding to build out its AI capabilities and to expand into new verticals such as convenience stores and other physical retail segments.

The round was led by Adams Street Partners and Sapphire Ventures, with AllianceBernstein also participating in the round. Punchh had previously raised a $635,000 angel round in 2012, a $9.5 million Series A led by Cervin Ventures in 2015 and a $20 million Series B in April of last year. This round brings the company's total funding to $71 million.

In addition to the new funding, the company also announced that Robin Murray of Adams Street Partners will also join Punchh’s board of directors.

“We’re really excited to have Robin on board. He’s a growth investor, he’s seen companies from the Series C to taking them public. Not only does Adams Street do growth equity but they also fund of funds business, so they invest in other large private equity companies, and, through that, Robin understands the verticals we’re going after really, really well. We think he’s highly strategic and he’s going to be a great value add to us as we grow the company," Shyam Rao, CEO and co-founder of Punchh, told me in an interview.

Founded in 2011, Punchh's mission is to give brick and mortar retailers the kind of detailed information necessary to drive people back into their stores. Physical retail, Rao explained, still makes up the vast majority of shopping, but it doesn't get the same attention as e-commerce.

“If you take a step back and look at the totality of retail in the U.S., and this is data from the NRS this year, only 9 percent percent of it is happening through e-com. Physical is still very, very important, and the innovation has been centered around the online experience over the last 30 years can’t, but you can’t ignore the 90 percent. And if that 90 percent drops to 60 percent in the coming decade, it’s still 60 percent," said Rao.

There are three types of in-store customers, he explained: the anonymous, who the store knows nothing about; the "somewhat engaged," where the store has some information, such as their e-mail address; and them there's the loyal customers. Punchh's platform is designed to take that anonymous customer and eventually turn them into a loyal customer.

"We have tools for retailers across that spectrum: we have our Acquire product that converts the anonymous to the somewhat engaged, and then we have our Loyalty product that grooms them to become loyalists."

For example, if a customer walks into a Best Buy or a Pizza Hut and joins their WiFi network, it may ask them if they'd like receive a 10 percent coupon by providing an e-mail address or a phone number. It could be also done through mobile payments; Punchh has partnerships with Apple Pay and Google Pay, so if a customer pays with Apple Pay that allows Punchh to then present a sign up form that is branded to that retailer. The company can also get customers to sign up through social ads, or even coupons at the bottom of a receipt.

One thing that's new since the last time Punchh raised funding is that has begun to build out its artificial intelligence platform to develop deeper analytics for its retailers.

"We've made a huge investments in this, and we have some really robust models that we have already tested out in the field, and they’re showing amazing results," Rao told me, outlining five specific models that the company has tested.

The first two center around personalization, specifically regarding which offers, and which customers, are best paired together.

"Let’s say a particular brand has 20 million consumers that they’ve amassed some sort of data on. Our belief is that if you have 20 million people in your database then you need to have 20 million loyalty programs. It’s about being very personalized. So, for a given customer within the 20 million, we can predict what offer within a basket of offers they’re most likely to redeem. The flip of that is the second model, which is for a given offer we can predict who within the database is most likely to redeem it," Rao explained.

The third model is around churn; thanks to its AI, Punchh can now predict with over 96 percent probability if someone is likely to churn from a brand. This allows the brand to start doing their win-back before the customers even leaves.

The fourth model is around lifetime value, meaning the company can predict, on a credit card swipe. what someone’s lifetime value is, whether or not they’re a loyalist.

"Let’s say you’re worth a particular dollar amount to a brand; based on that, we can try to acquire you while you’re transacting. So, the cashier can can say something like, ‘The system popped up this 50 percent off offer for this transaction, would you like to redeem it? The only way is by providing an email or phone number'," said Rao.

"That’s completely unique to us and we’re patenting it. No one in the world can do that."

Finally, the fifth AI model that Punchh is testing is around customer feedback, which can be categorized in real time. So, for example, if a bathroom is dirty, and customers complain about it, the store can fix it quickly.

These AI tests are already seeing results; the company did a test with a brand where it went head to head against them, and it got 55 percent higher redemptions than the brand's best internal strategy.

"The ROI that our AI recommended was actually net positive as well, so what they meant is that we picked customers whose behavior we were actually changing rather than sending an offer to someone who was likely to have bought that good anyway," said Rao.

Punchh started out deploying its platform into chain restaurants, and while Rao sees the technology as being applicable to every retail vertical, the company is taking a methodical approach to expanding to new categories; that's why it plans to deploy into convenience stores next.

"Convenience stores are, in our opinion, like a meeting point between restaurants and general retail. So, they have a lot of the same characteristics as general retail in the sense that they have a wide selection of SKUs, the same tech ecosystem, but, at the same time, they also have similarities with large restaurant chains," he told me.

"If you ask the large convenience retailers who they view their competition as most will point to quick serve restaurants, not other gas stations. More and more, gas tends to be a loss leader for them, so they’re trying to get customers into the retail footprint and get them to buy more, since that’s more high margin for them. They’re also looking at prepared foods. So, it’s very adjacent for us, and it definitely has characteristics of traditional retail."

Along those lines, Punchh also announced a partnership with convenience store brand Casey’s General Stores on Thursday, which operates 2,100 stores in 16 states throughout the Midwest.

"We are excited to partner with Casey’s because, number one, it showcases our strength as a tech company that is broad, and, two, because they’re a marquee customer within the convenience retailer industry. Everyone knows them in that vertical: they’re the fourth largest in the U.S., they’re publicly traded, I think they do $9 billion of revenue a year. We’re very excited to partner with a marquee brand as our first entrance point into that vertical."

After convenience stores, Punchh has its eyes set on next expanding to general retail, groceries and, finally, event centers and stadiums.

Ultimately, Rao said, Punchh's goal is to help all retailers survive the changes to the current landscape and to help them "get back to what they’re really good at, which is creating these personal relationships and brand awareness."

"We're utilizing tech to do this at scale and create those personal, lasting one-to-one relationships. With that mission in mind, we’re just focused on doing the right thing for all the retailers we serve, and if we continue keeping our heads down and providing value, we’ll be a successful entity.” 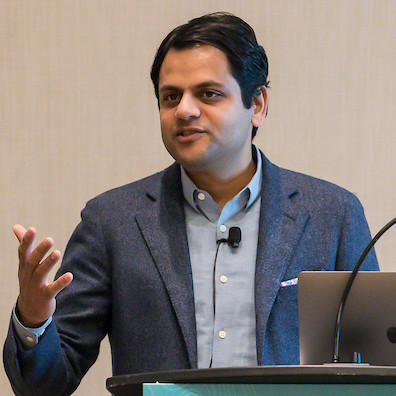 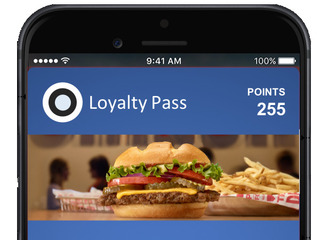