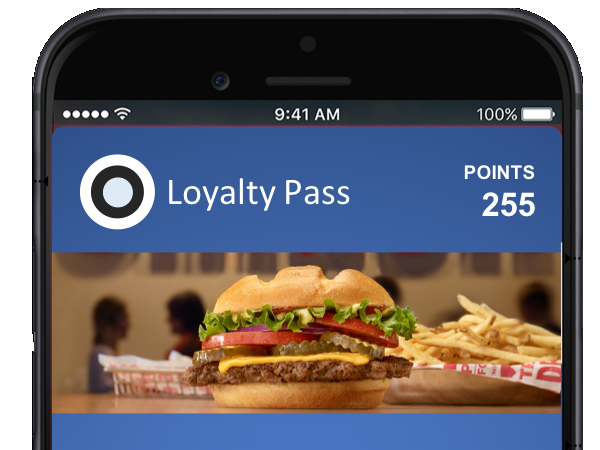 If you only listen to what the media has to say about the current state of retail, it might seem like nothing but gloom and doom. Sure, there are some pretty bad signs out there for brick and mortar retail, like Toys R' Us shutting down all of its stores earlier this year, but the hard data gives a totally different picture of what's really happening.

First, the vast majority of shopping is still done in a physical store, with upwards of 90 percent of all retail sales still happening in person according to the U.S. Census Bureau. On top of that, despite all of the store closings, there were actually more new stores that opened last year than shut down, according to the IHL Group. What this all means is that the land of brick and mortar is still healthy, but it does need some help, especially when it comes to getting the information necessary to compete against digital companies like Amazon.

That's where Punchh comes. The company, which provides in technology infrastructure and data-driven analytics for retail brick and mortar stores, has made its name in the restaurant business, with more than 115 chains as customers. Now it's looking to expand to new verticals and to make that happen it announced on Thursday that it raised $20 million in Series B funding.

The round was led by Sapphire Ventures, with participation from Cervin Ventures. Punchh had previously raised a $635,000 angel round in 2012 and a $9.5 million Series A led by Cervin Ventures in 2015. This round brings the company's total funding to $31 million.

Founded in 2011, Punchh's mission to help brick and mortar retailer take customers who stores have no data on and give them the kind of detailed information necessary to drive people back into their stores.

“At the core what we do is gives brick and mortar retailers the same data driven marketing and customer relationship capabilities that make companies like Amazon so successful,” Shyam Rao, CEO and co-founder of Punchh, told me in an interview.

"They’re learning more who you are, what you like, sending you very tailored offers, and the experience is just really seamless to the extent that we seldom think about the converse of it. The converse of it is actually de facto what’s happening in brick and mortar businesses. You can be walking into a Best Buy or a McDonald's two or three times a month and they still have no idea who you are, why you’re coming in, what you like, what’s driving your propensity and, in that sense, they’re missing out on the one to one connection," said Rao.

Punchh breaks down customers into three buckets: first are anonymous guests, those who might be walking into a store a few times a week but the store still has no idea who they. The second type are known guests, who the store may have some information about, such as an e-mail address or a phone number. Finally, there are the loyalists, or people who are signed up to receive promotions from that store.

Punchh's goal is to take guests from the anonymous to the known bucket and then from known to loyalist status.

The launch of Punchh Acquire

Punchh's main product is its Loyalty platform, which allows brands to segment customers, predict customer behavior, create and execute targeted campaigns, and track performance in real-time. Now it is adding a second product to help move customers along their journey.

In addition to the funding, Punchh also announced that is releasing a new product called Punchh Acquire, which converts anonymous customers into brand loyalists through channels such as Wifi, SMS, social platforms, Apple Pay and eClub.

For example, if a customer walks into a Best Buy or a Pizza Hut and joins their WiFi network, it may ask them if they'd like receive a 10 percent coupon by providing an e-mail address or a phone number. It could be also done through mobile payments; Punchh has partnerships with Apple Pay and Google Pay, so if a customer pays with Apple Pay that allows Punchh to then present a sign up form that is branded to that retailer. Or the company can get customers to sign up through social ads or even coupons at the bottom of a receipt.

All of this ultimately gets customers to have a closer relationship with that brand.

Rao stressed two things about the way Punchh works: first, every consumer piece of information that is given to the company is strictly opt in, so the customers knows exactly what they’re getting out of participating. Number two, Punchh is a B2B company whose clients are the brands, so it does not cross monetizing any of the data. If a customer visits Pizza Hut, Punchh does not take that data and then resell it or repurpose it it to another retailer. That's because the real goal is not to sell advertising, but for Punchh to give customers a more personal relationship even in large retailers, and to help those retailers gain loyal customers.

“What we want to do is roll the clock back to 50 years ago where you had this corner store at the corner of every block and the owner had this very personal relationship with everyone who lived on that block and knew them by name, likely had credit with them, and it’s because of those personal relationships that people kept coming back to that store. What we’re trying to do is help brands at scale, large enterprise brands, replicate that one to one connection. Fundamentally we believe that relationships drive revenue," said Rao.

He also stressed that Punchh is not aimed at every customer, just those who are likely to be loyal to that brand.

"The core tenant here is that if you think about the type of customer that would provide an email address to Best Buy or download the Best Buy app, it is, on some level, a customer that is engaged with the brand and wants to hear from the brand, so we’re not trying to mass market and send something out to everyone. What we’re trying to do is for the customers that have expressed some sort of affinity just really hammer home or create very lasting personal relationships in a one to one way. I’m a gamer, send me stuff that speaks to me."

The Punchh Acquire product, which previously available only as a Private Beta, is being rolled out by brands that include Del Taco, Noodles & Co., Pei Wei and Focus Brands.

Punchh's customers include over 115 restaurant chains in nine countries, with more than 34,000 locations. Customers include restaurant brands like Pizza Hut, Del Taco, Dairy Queen, Coffee Bean & Tea Leaf and Quiznos. All of this allows the platform to reach over 35 million guests on a daily basis.

The brands who use the service they are already seeing a large return on investment, with guests coming back 50 percent faster and spending up to 20 percent more. These brands are also seeing redemption rates of 70 percent, as compared to around 15 to 20 percent for a typical e-mail campaign.

With those kinds of results, Punchh now feels ready to expand beyond the restaurant space, specifically to convenience stores, as well as the health and beauty industry.

“We chose to start with restaurants because we felt like they most in the need of something like this. They were the most behind the digital revolution when we got started and we felt like if we could solve their problem then we could do it for any adjacent verticals. We actually had built platform out platform to apply to any retailer with a brick and mortar presence, but we picked restaurants for that one reason," said Rao.

Punchh chose its next two new verticals because they have similar consumer patterns of behavior and similar IT infrastructure as the restaurant industry, making it an easy transition to expand.

"Obviously we feel we can address this for any retailer but we’re looking for patterns of customer behavior and the customer behaviors that work really well are things that are conducive to some level of repeat behavior. So hair cutting, salons fit that bill, same with convenience stores. I would argue the same with grocery chains, sporting arenas, there are bunch of these verticals."

Of course, it won't be exactly the same to provide marketing for a salon versus a restaurant, and there will have to be some differences in how Punchh caters to these verticals. For example, convenience stores have a much larger number of skews than in a restaurant, and hair salon is not about skews at all, but more about the engagement the ability to set appointments.

"These are all nuances, but the underpinnings are the same, which is to create personal relationships with these guests, understand what they’re doing and then use that information to send out very targeted communication that brings them back," he told me.

Punchh already has two customers in the health and beauty space: TruFusion, a chain of yoga studios funded by Alex Rodriguez, and Fantastic Sams, a chain of hair salons that operates a thousand locations across the country.

The future of Punchh

In addition to expanding to new verticals, Punchh will also use the funding to enhance its predictive marketing capabilities using AI and machine learning.

Punchh already uses AI and machine learning to automatically suggest tailored campaigns for marketers by pulling together a data that includes holiday calendars, weather data, and customer demographics. For example, Punchh can market a campaign on a cold or rainy day over a holiday weekend, to mothers aged 30 to 55, offering them a hot soup and tea combo at a discount, in a campaign designed to bring them in store.

"What were trying to do is really figure out, ahead of time, predicatively, based on the data, what to send to who to drive repeat visits and/or additional spend," he said.

Ultimately, the vision for Punchh is to help brick and mortar retailers compete with the same level of information as a company like Amazon.

“Today we have over 115 brands, we represent 34,000 locations, there are 35 million consumers we directly affect, and that number is only going to grow. We see a very strong reason and our core principal here is that we want to help these brands compete, and outcompete, the likes of Amazon that have really led the charge on data driven marketing," said Rao.

"We want to see a lot of brick and mortar retailers on our platform because fundamentally we believe we can help them and we also see a massive opportunity internationally and in some adjacent verticals. In five years, I hope we’re still operating on our core principals and helping retailer compete in today’s world.”