How does TaskRabbit make money? 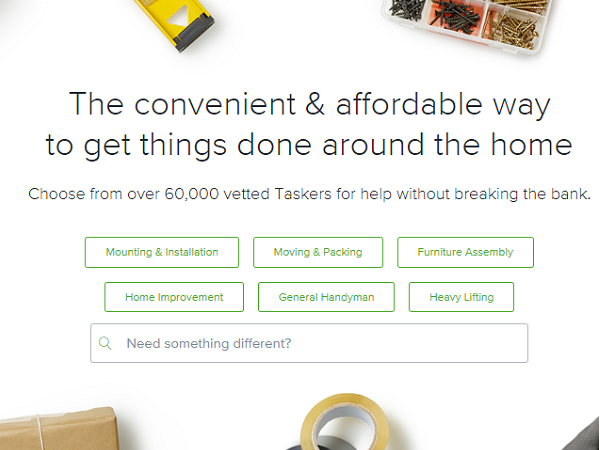 The gig economy has been a pretty controversial development over the last decade or so, with plenty of lawsuits from workers who want to be employees, to those who accuse companies in the space of exploitation. It's a contentious issue around the world.

Whatever you may think of the model, though, there's no denying the success of these companies, where Uber and Airbnb have completely reshaped the transportation and hotel industries. In the local services space, despite competition from big players like Angie's List, Yelp, eBay, Amazon and GoDaddy, two companies have emerged as the true distruptors: Thumbtack and TaskRabbit.

The two companies, which were founded within a year of each other, have two very different business models. TaskRabbit makes its money by taking a percentage of each job that is completed and paid for, meaning they only get paid if someone uses the platform.

"When you book a task, you choose a Tasker based on their skills, reviews and hourly rate. The hourly rate you see is inclusive of the payment for your Tasker and the 15% TaskRabbit service fee. Your Tasker sees the price that you pay, as well as the exact hourly rate they will earn," TaskRabbit writes.

"For example, if you pay $100, $85 goes to your Tasker. The TaskRabbit service fee is 15% of the total price you pay for the task, excluding any reimbursements made to the Tasker (Taskers receive 100% of any reimbursements)."

The service has varied throughout the years; tt started as 15 percent, before doubling in late 2016 to 30 percent. The fee was cut back to 15 percent in June of this year.

On top of that, TaskRabbit also adds 7.5 percent Trust & Support fee to each invoice, which is paid for by the person paying for the job.

"TaskRabbit believes in providing our Users with an amazing experience, which means we’re always finding and building new and improved ways to support them.  The Trust & Support fee helps us facilitate a broad range of User support and operational matters," the company says.

The business model deployed by Thumbtack, on the other hand, deploys a lead based model. The company makes its money is by having professionals pay to contact customers through Thumbtack credits, which are used by professionals to send quotes to customers. They only pay to quote, and Thumbtack does not charge commission on jobs they complete or future jobs that they book with the same customer and their referrals. But Thumbtack will be paid even if the job is never booked or completed.

While TaskRabbit came out of the gate first, in 2008, and it raised $38 million, funding for the company stalled after it raised a $13 million round of funding in 2012. Thumbtack has had more success on that front, having raised over $273 million, including a $125 million round in 2015 that valued it at $1.3 billion. The company has not, however, raised any more funding in the last three years.

By the end of 2016, TaskRabbit was said to be profitable in all 18 cities it was operating in at the time. In September of 2017, TaskRabbit was acquired by IKEA, which the company has teamed up with to provide furniture building services for IKEA stores in London, for an undisclosed amount of funding.

TaskRabbit, which continues to operate independently of IKEA, has a presence in 40 cities around the United States and in London. 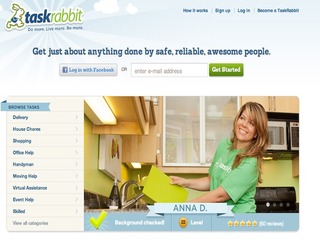