Confirmation bias is a cognitive shortcut that can lead to some pretty horrendous decisions.

You walk into your first yoga class. You’re a little insecure about your weight and how your yoga clothes cling to your body revealing every flaw. You’re nervous about making a fool of yourself.

Your eyes instantly zoom onto the fit model-esque people chatting in the corner. As you walk past them, your ears pick up the tinkle of laughter. My god, are they laughing at me?

You pick a spot in the back of the classroom where no one can see you. The teacher asks everyone to get into crouching fish pose. Do people know this pose?

You flail around on your mat and fall over in a big thump.

You look up to make sure no one saw you. Crap. The guy next to you is hiding a smirk. I KNEW IT. Everyone is laughing at me.

You avert your gaze after class, run out of there and vow to never do yoga again.

In the yoga class, you looked for instances that confirmed your insecurities — the models who were laughing at you, the guy who smirked when you fell.

You ignored other instances that didn’t prove your insecurities — basically everyone else in class who barely took notice of you.

In the yoga class, you looked for instances that confirmed your insecurities — the models who were laughing at you, the guy who smirked when you fell.

You ignored other instances that didn’t prove your insecurities — basically everyone else in class who barely took notice of you.

Confirmation bias is the human tendency to seek, interpret and remember information that confirms your own pre-existing beliefs.

It is insidious. It affects every choice you make. Every. Single. Day. The things you choose to buy, your health, who you choose to marry, your career, your emotions, and your finances. It all happens in the background without you noticing.

How does confirmation bias work?

Confirmation bias affects you in 3 ways:

1. How you seek information

Confirmation bias affects how you look at the world around you.

When you’re alone at home feeling lousy, you immediately jump onto Facebook or Instagram. You look at pictures of people traveling, partying, getting married and think everyone I know is living a great life. You say to yourself, “I am such a lonely loser.” 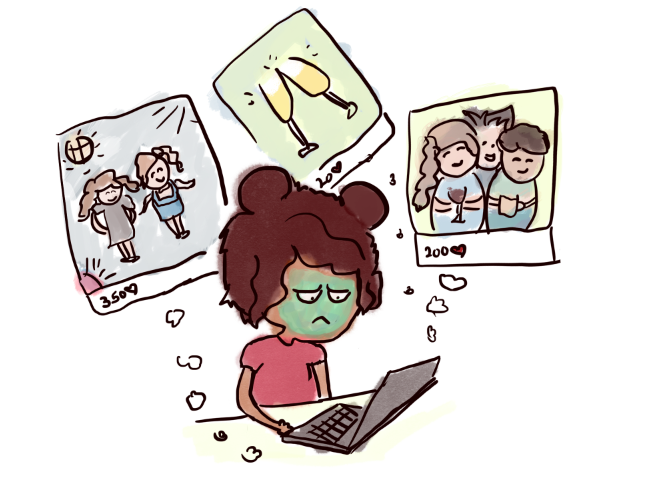 You sit at home and feel crappy — all because you chose to seek information that confirms your crummy feelings. You knew looking at those photos would make you feel worse but you sought them anyway.

2. How you interpret the information in front of you

Confirmation bias also affects how you process what is otherwise neutral information — and it tends to favor your beliefs.

When you are falling in love, all you see in your partner is a beautiful, perfect Adonis. You don’t notice a single flaw. When that relationship sours, all of a sudden, all you see are flaws — their coffee breath, their penchant for droning endlessly about a topic you don’t care about, the hairs they leave in the sink. 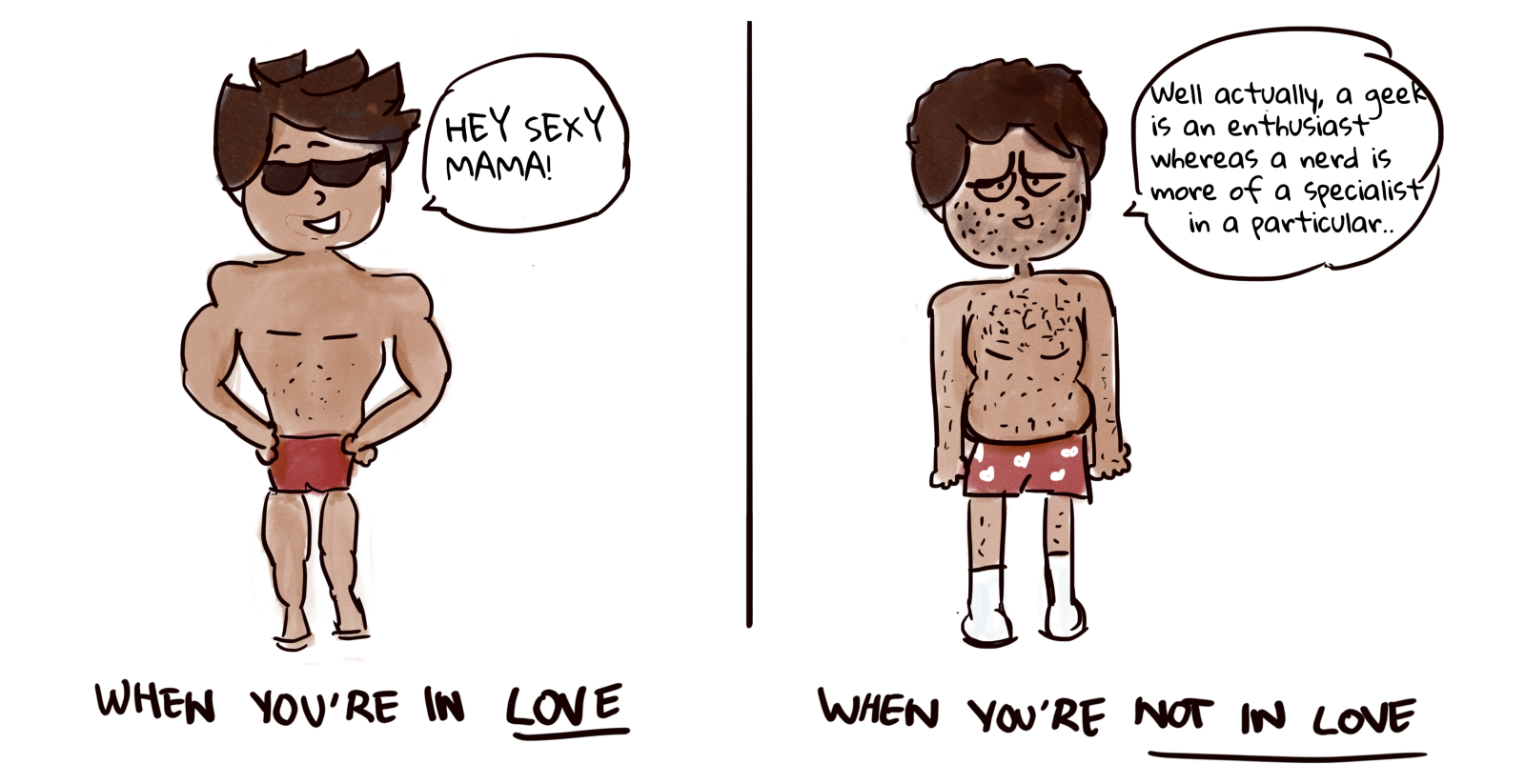 You are dating the exact same person, but you perceive the things they do differently based on how you feel.

3. How you remember things

Even your memories are affected by confirmation bias. You interpret and possibly even change memories and facts in your head based on your beliefs. 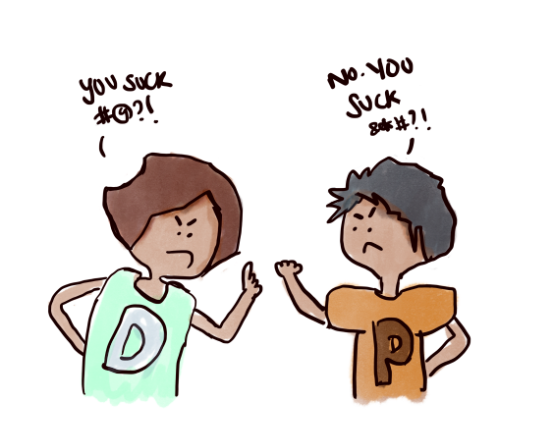 You seek evidence that confirms your beliefs because being wrong sucks. Being wrong means you’re not as smart as you thought. So you end up seeking information that confirms what you already know.

In a famous experiment, when participants were presented with evidence counter to their political beliefs, areas of their brain associated with physical pain became more active — it’s as if being wrong physically hurts. 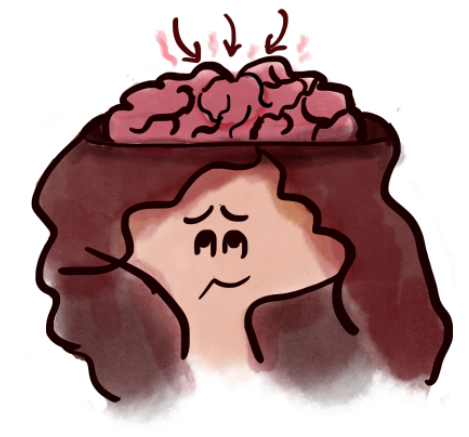 It’s easy to accept opposing views when it concerns things you don’t care about. But you also have deep seated beliefs that form a core part of your identity (e.g. that you’re a kind person, that your political views are correct). Evidence that runs counter to these beliefs often causes cognitive dissonance — a feeling of immense stress and anxiety.

Cognitive dissonance triggers a fight or flight response — you either dig in your heels and double down on your existing beliefs (fight) or get away from the opposing fact (flight).

Your brain’s primary goal is self-protection

This applies to both your physical and psychological self. When opposing facts challenge your identity, your brain perceives the psychological threat and protects you as if it was an actual physical threat.

There is just too much information to process

It takes tremendous effort to hold opposing hypotheses and try to evaluate evidence for and against each one.

So your brain optimizes for the fastest shortcut to a solution. It’s too much work to evaluate contradictory information and figure out what’s right. It’s easier to look for two to three things to support your current viewpoint.

So what can I do about it?

1. Approach life with curiosity not conviction

When you walk into every interaction trying to prove yourself right, you’re going to succumb to confirmation bias.

Researchers studied two groups of children in school. The first group avoided challenging problems because it came with a high risk of being wrong. The other actively sought them out for the learning opportunity, even though they might be wrong. The second group consistently outperformed the first.

Focus less on being right and more on experiencing life with curiosity and wonder. When you’re willing to be wrong, you open yourself up to new insights.

Understanding various viewpoints can help you refine your perspective. According to researchers, you can actually change your deep-seated beliefs. The trick? Surround yourself with a variety of opposing viewpoints

Say you’re buying a house, and you love one in particular. Ask a friend to play devil’s advocate and propose reasons for not buying this house. That way you can make sure you’re seeing more than just your viewpoint, and make a rational decision.

To fight back against cognitive biases, you need to evaluate your instinctive reactions.

The next time you run across facts that completely confirm your worldview, stop. Think about the assumptions you’re making and look for ways to prove yourself wrong.

Say you’re a coffee lover — you need your morning cuppa to properly function. When you’re browsing your Facebook feed, articles touting the benefits of coffee will instantly grab your attention. 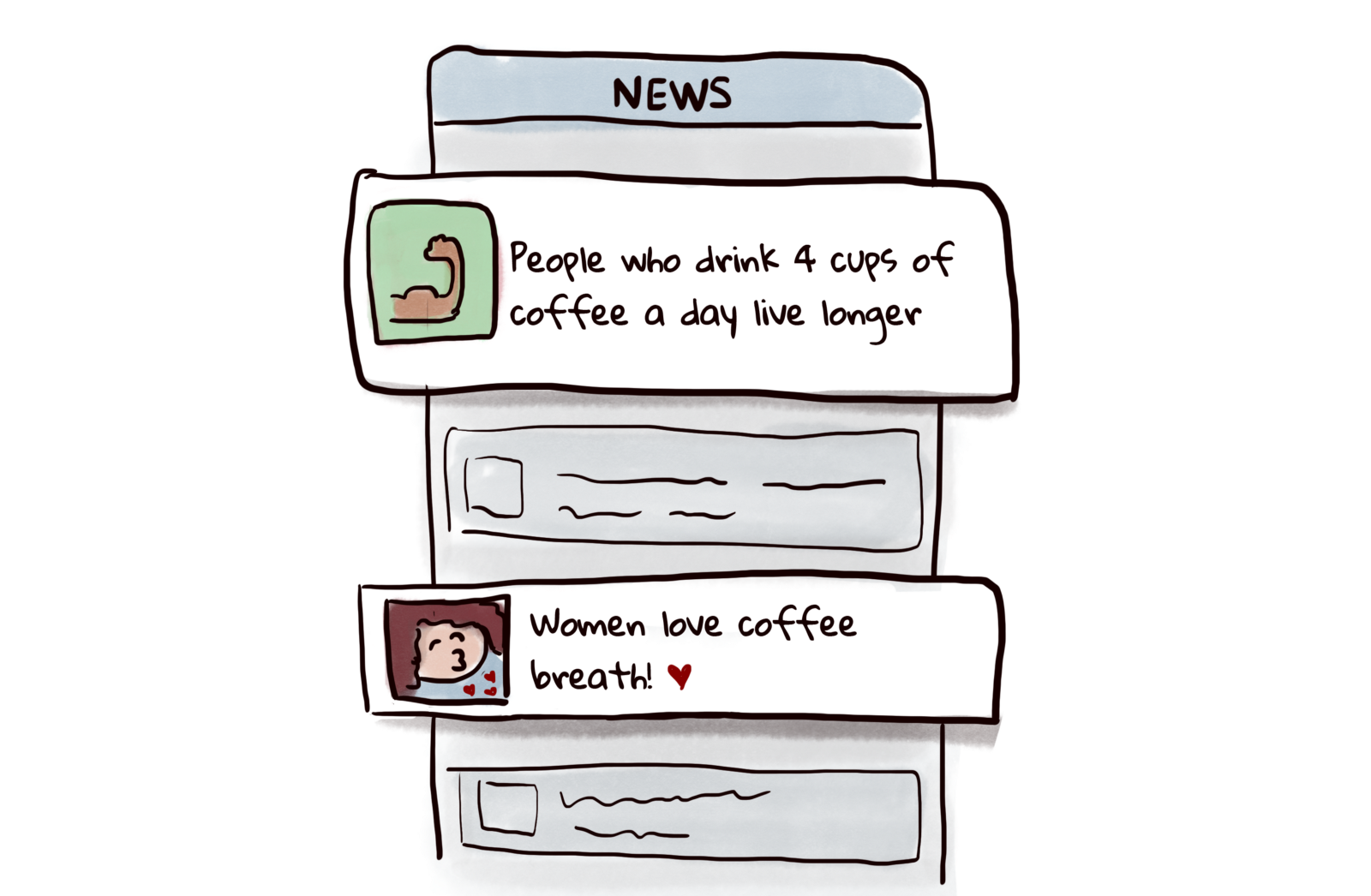 It’s easy to read these articles and go “Aha, that confirms all of my life choices.” The next time you catch yourself doing that, try to actively search for information that contradicts what you believe in.

Confirmation bias is an unavoidable part of how you make decisions. It’s an evolutionary trait that colors how you view the world, and it’s not something you can always overcome.

But when you’re making big decisions — decisions about your health, finances, love life — you want to mitigate its effects the best you can. Learning and understanding how confirmation bias works gives you the opportunity to compensate for its downsides and make more rational decisions.

So the next time you are going from crouching fish pose to flying chihuahua, don’t worry, no one’s looking at you.

Nir’s Note: This post is co-authored with and illustrated by Lakshmi Mani, a product designer working in San Francisco.

Nir Eyal is the author of Hooked: How to Build Habit-Forming Products and blogs about the psychology of products atNirAndFar.com.For more insights on changing behavior,join his free newsletter and receive a free workbook.