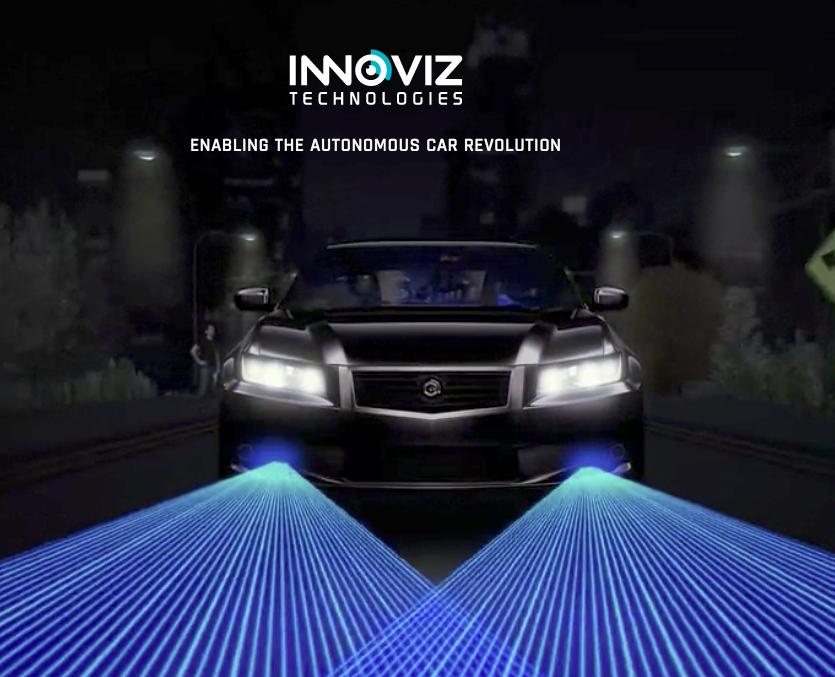 A generation ago, 16 year olds looked at driving as an opportunity to exercise freedom. These days, most are willing to forego that privilege for another year or two. A decade from now, they may never even have to contemplate it, thanks, in part to the advancements in autonomous cars.

One company helping to drive [no pun intended] autonomous cars forward is Innoviz Technologies. Founded in 2016, Innoviz is moving fast toward its ultimate goal of enabling full vehicle autonomy, through its LiDar technology.

The company, headquartered in Israel, was started by four former members of the Israeli Defense Forces, who possess expertise in the fields of electro-optics, computer vision, MEMS design, and signal processing.  Their knowledge in those select fields of study enabled them to begin working on a prototype LiDar tech unit, which is a necessary component of automated vehicles.  On the financial side, they are backed by investors including: Vertex Venture Capital, Magna Venture Partners, Amiti Ventures, Delek Motors, and Mr. Zohar Zisapel.

Earlier this week, the company announced it raised $65 million in Series B funding from Delphi Automotive PLC, Magna International, 360 Partners, Glory Ventures, Naver, and others.

Q: Tell us about your start.

OR: Omer (Keilaf), one of our co-founders, initially came up with the idea to use our unique expertise to create 3D long range sensing systems. We needed to find the biggest market for that technology, and we noticed very early on that the autonomous vehicle industry needed better solutions than what was available, at the time. Our aim was to produce a product with the highest performance, at a price much more realistic for consumers.  We knew coming from an elite R&D unit, in the IDF, that we possessed the knowledge necessary to develop better, more cost-effective solutions for the autonomous driving industry.

Q: How did you leverage your military background?

OR: Our core team of employees, including our four co-founders, all came from the same elite R&D unit in the IDF.  We worked together on specific technology, which prepared us for our eventual move to the private sector. The sense of comradery built over time while serving together in the military ensured the group was uniquely conditioned to work together as a unit, toward an established common goal. Not to mention, the fact that our area of expertise directly relates to the specific industry we've chosen to develop products for.

Q: What exactly is LiDar?

OR: The acronym stands for light detection and ranging. The device, which can be mounted to a vehicle, utilizes lasers to generate a 3D map of its surroundings. This gives the autonomous vehicle the ability to "see."  Autonomous vehicles will need this device, or something similar, in order to gather information on its surroundings, and transmit that data to the computer tasked with decision making and controlling the car. 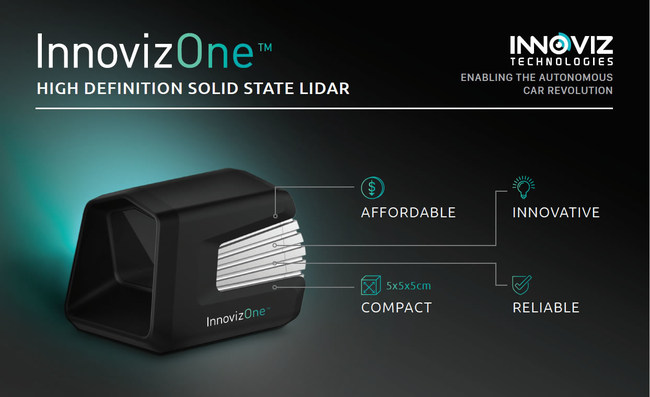 Q: Tell us about the current LiDar market.

OR: There are LiDar units already being utilized on vehicles with varying levels of autonomy.  Every vehicle you see out there, with some level of autonomy, is utilizing one and often more than one LiDar unit. Most of the market consists of companies utilizing LiDar units as part of a system of tech designed to work together to enable autonomous driving, and more specifically these companies are still in their own R&D and testing phases of development. What you see is a lot of testing going on, with companies working toward full autonomous driving capabilities, using LiDar in conjunction with other technology to build up driving "experience," in order to understand how these systems will read their surrounding environment and react.

We aim to have our first product, InnovizPro, available by Q1 2018. The InnovizPro will be a unit geared toward companies that will use this LiDar for their R&D and testing of autonomous driving, which satisfies the current level of demand for LiDar technology.

Here's an example of what the world looks like, through the LiDar (eyes) of an autonomous vehicle: 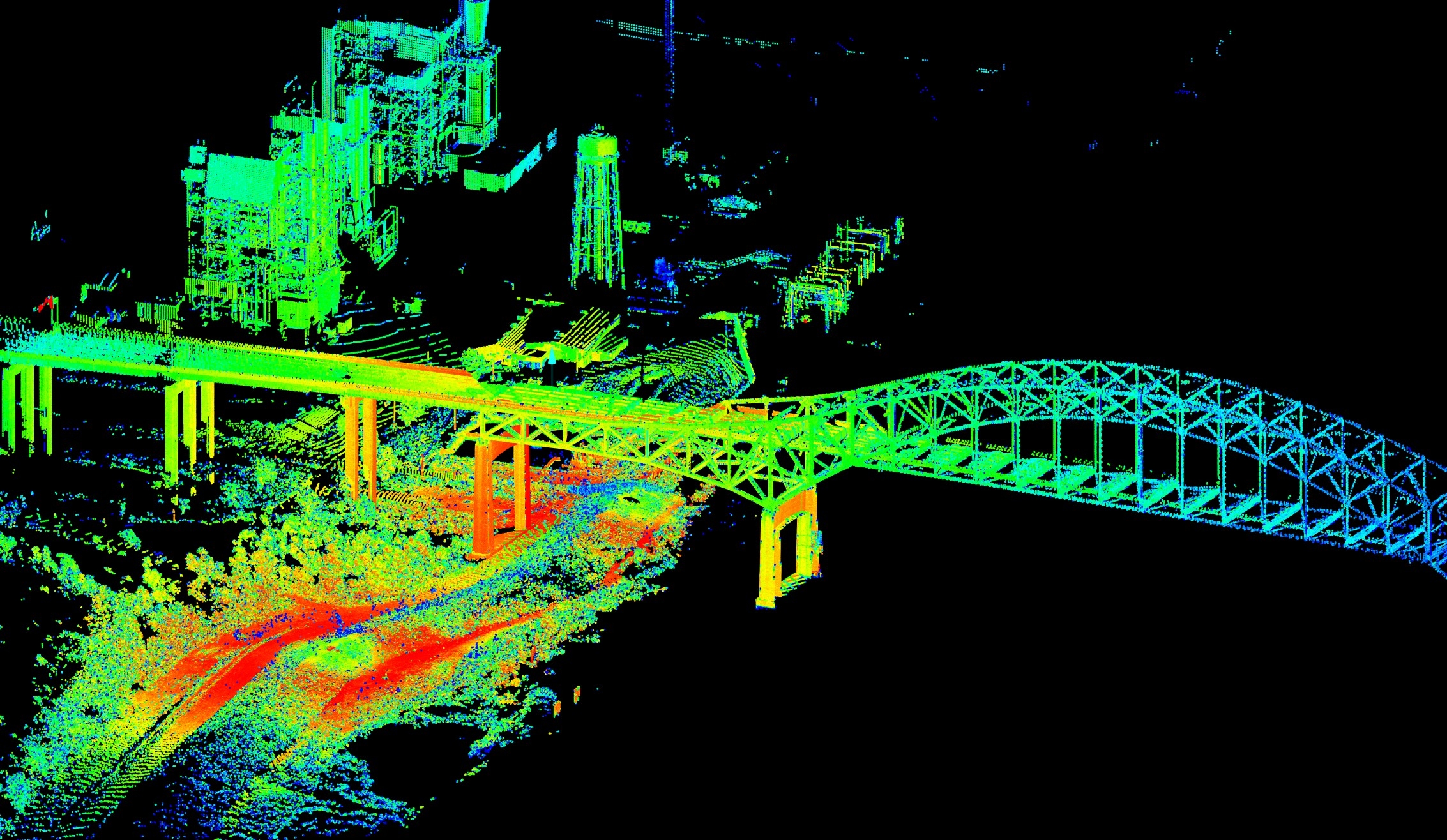 Q: Tell us about the competitive landscae.

OR: There are many different companies that have developed or are developing LiDar technology. The units which have been out there for about ten years, known as "legacy" products are large, not aesthetically pleasing, and expensive. There is also a large gap between the performance of those units, and the performance of newly developed LiDar solutions.  While there are many different ways to detect objects, the Innoviz approach is to use MEMS scanning technology to achieve the longest range, highest performance, solid-state solution for LiDar.  This is already being confirmed by companies using our prototypes, for their R&D purposes.

We have not announced a price on the InnovizPro.  We are in communication with customers who will be ordering units, when they are available, and the volume will be one of the main factors dictating pricing for the unit. The InnovizOne will also be subject to the volume demanded by the market, but it will be priced understanding that LiDar units need to be selling in the low hundreds, in order to ensure that autonomous vehicles' prices are affordable for consumers.

Q: Who are your customers?

OR: We already have product in the hands of paying customers.  As companies have expressed the need for immediate proof of concept as well as the necessity for R&D, we have produced prototypes specifically for them. As far the InnovizPro, coming in 2018, we already have a long list of customers, with committed volumes, which will begin shipping immediately following the release.  These are primarily R&D companies, like Delphi, one of our partners.

We do not just sell our product to customers, say 'here you go', and leave it at that.  We have a close relationship with our customers, and respond to their individual needs, as they arise.  Most customers are interested in the software which extracts the data collected by the LiDar unit, and we work with each company to develop a 'tailored' approach to meet their individual needs.

Q: Tell us about your roadmap.

OR: InnovizOne, like its predecessor, will be a LiDar device.  The plan is, however, for this device to be the first automotive grade series production of LiDar, aimed at delivering a comprehensive mass market solution, with affordability in mind.  This will be designed to be integrated directly into vehicles with autonomous driving capabilities, which differs from the "add-on" nature of the InnovizPro. This product will hit the market, with the average consumer in mind, possessing the performance and affordability necessary to get this technology into the hands of everyday users. This is the ultimate goal set before the team at Innoviz Technologies, which is to create the best object detection system on the market, enabling for a fully autonomous vehicle. 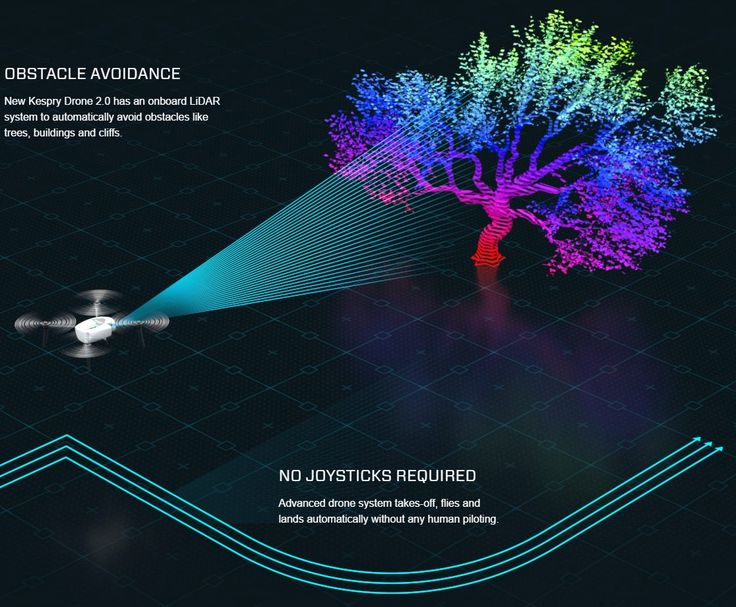 Q: What about other applications?

OR: There are actually other uses for the InnovizPro.  You can see other LiDar companies already targeting companies specializing in drones, automation of manufacturing, warehouse solutions, security systems, border security solutions, etc."  Basically any industry which relies on 3D environment scanning and processing will be able to utilize LiDar technology, which can offer competitive performance and affordability, compared to their industry standard.  Innoviz aims to dedicate some resources toward these additional markets.  Becoming part of additional markets means more units sold, which promotes their unique approach to LiDar, while expanding the amount of customers Innoviz can place their products with, ensuring more opportunity for sustained growth.

I was born in Oakland, CA, on April 4, 1987. I attended Las Plumas High School, in Oroville, CA. My wife and I were married in December 2009. We have two beautiful girls. I currently work at Graphic Packaging, in Oroville, as a Department Lead.